London faced its first round of snow after weeks of warning from the Met Office about an incoming weather front set to unleash tons of snow across the UK. A live webcam in London’s Regent Steet has been capturing the first snowflakes falling over the capital hours after the Met Office issued another round of yellow warnings for snow and ice in place throughout the country. Passers-by in the central shopping road can be seen milling about with open umbrellas as the snow keeps on falling over amid warnings snowfalls are to grow more intense over the coming week.

London is facing flurries of snow this morning as the capital is hit with the last blast fo wintry weather.

Canary Wharf is seeing fairly heavy flurries, while snowfall has also been recorded in parts of central London – including Trafalgar Square.

Twitter user Rachael Kotarski posted: “RM8 3/10 but too wet to settle. Hoping it lasts until my walk up to my appointment later. It almost certainly won’t.”

David Gerard added: “E4 2/10 not settling yet ‘cos the ground’s still too warm, but if it keeps going it certainly will.” 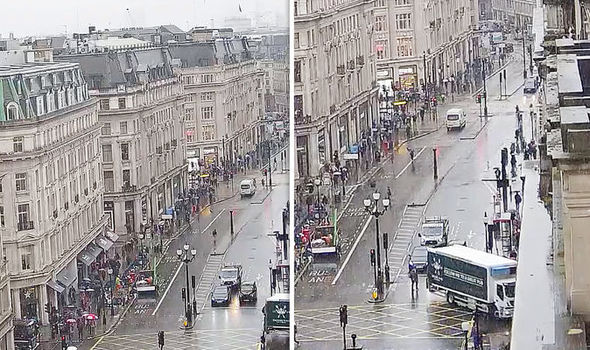 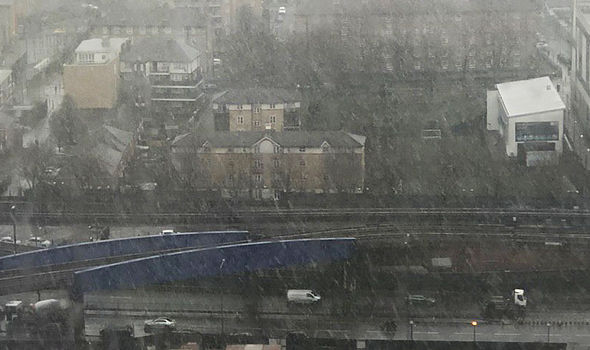 The weather system predicts a 90 percent chance of snow fall across those regions from 6am on Thursday morning.

“North of the M4 some of that rain could fall as snow tomorrow, especially in high areas.

“Commuters in the south could see snow and sleet falling but that is unlikely to settle on the roads.” 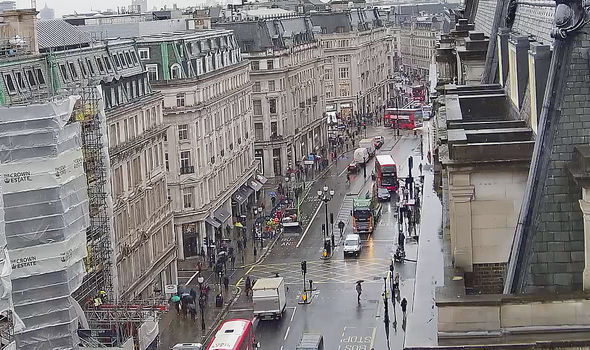 Met Office forecaster Aidan McGivern said snow could occur as a result of a “mild bump in the air across the Atlantic” that will cause an area of low pressure to develop.

Mr McGivern told Sky News: “As we start off Thursday, we think it’s most likely that southern counties of England and South Wales will see a spell of rain.

“But north of the M4, there is the possibility of some temporary snowfall – not a great deal – it doesn’t at the moment look to be widespread, significant disruption.

“But there is the possibility of some snow in north London.” 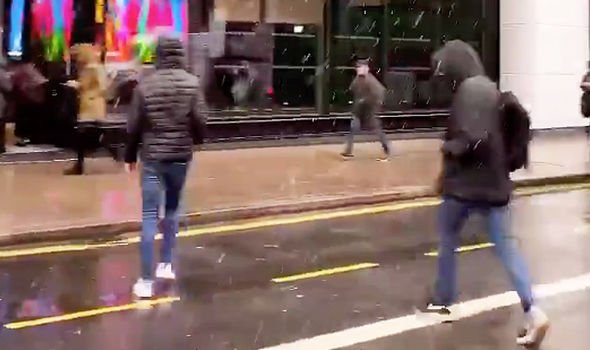 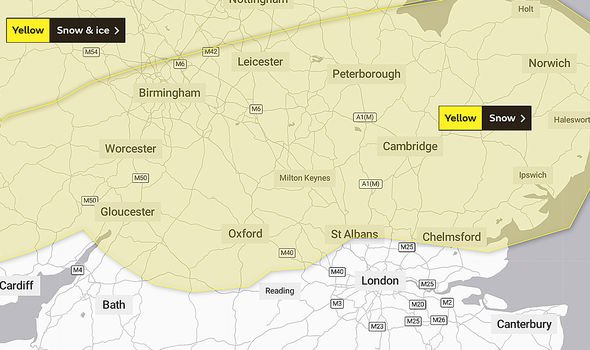 According to the forecast, snow is expected over hills and mountains in Wales as well as the Cotswolds and Chilterns.

In southern Wales, up to two inches (5cm) of snow is likely, mainly above 200 metres.

The Met Office said: “Away from hills, rain may turn to sleet and snow for a time over parts of the Midlands, East Anglia and the northern Home Counties.

“Accumulations at these low-levels will be mostly small, especially on roads, but a centimetre or so is possible in one or two places.”

By the afternoon, any snow which settled in London should have thawed.

The Met Office said: “Rain, sleet and snow will quickly clear southeastwards by late morning and any snow at lower levels will soon thaw.”