Weather maps show London will be hit by heavy snow this weekend, starting on Friday and stretching out into Saturday. By Sunday, however, the snow will largely dissipate before picking back up again at the end of the month. Weather forecasters from the Met Office also predict snow for the capital on Saturday, January 23.

The Met Office forecast for London this weekend reads: “Cold weekend with sunny spells, although spells of rain, sleet or brief snow possible with strong winds.

Rain is expected to fall in the capital following the flurry of snow, washing away most of the fallen snow by the afternoon.

Weather maps from WXCharts show the snow will return on Sunday, January 24, for a heavier spell in the afternoon. 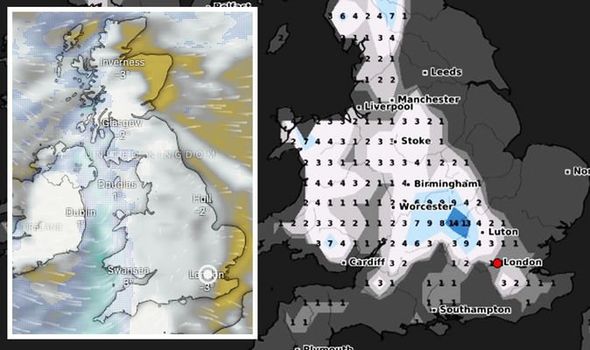 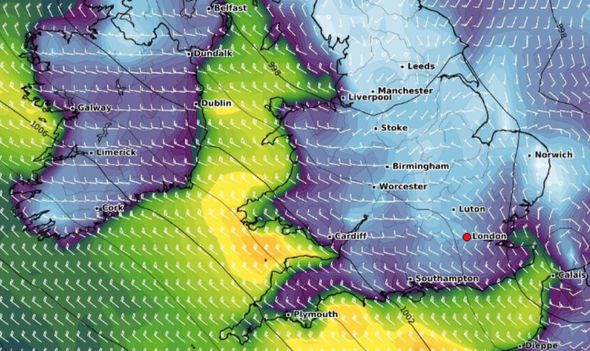 The weather is expected to take a much chillier turn in the coming week as temperatures are forecast to plummet across the country.

Weather maps and charts have revealed there could be intense snowfall for much of the UK at the end of next week following an arctic blast of air arriving.

Most forecasters have predicted heavier snow showers towards the end of the month, which will impact London more. 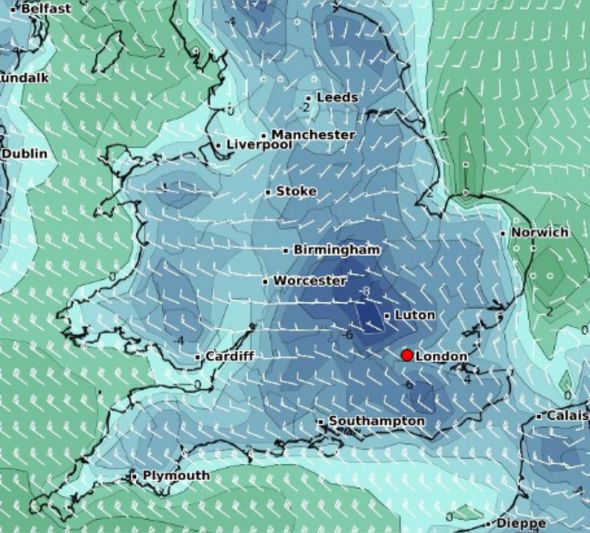 The outlook for London on Thursday reads: “This morning there will be patchy cloud and scattered showers.

“This afternoon it will turn cloudier but will remain largely dry.

“ [Tonight] it will be dry with largely clear skies, but with a few patchy clouds in places.

“It will be a rather chilly night with widespread frost developing.” 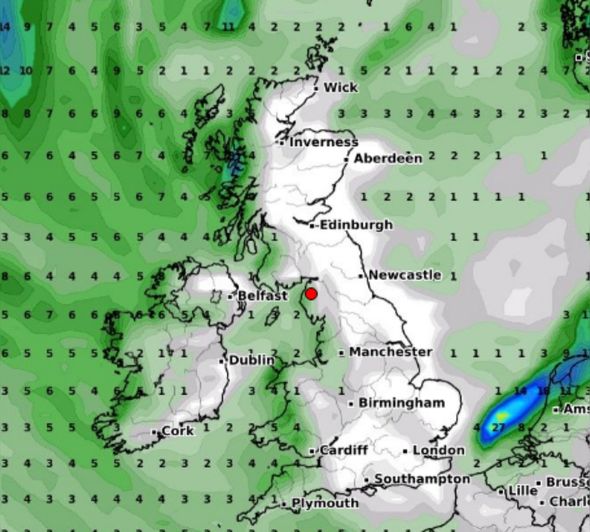 This comes as Storm Christoph is battering the country after becoming a named storm a few days ago.

Chief meteorologist at the Met office, Neil Armstrong, said: “Storm Christoph will bring a mix of notable weather hazards across the UK over the next few days.

“Some locations in central, northern England and Wales could see a month’s rain fall in just a couple of days, with up to 200mm possible over higher ground.

“These amounts of rainfall present a real threat of flooding and people should keep a close eye on flood warnings.

“As the system moves away into the North Sea on Wednesday night and Thursday morning, we start to see the potential for hazardous snow as cold air is pulled across the UK from the north west.

“Notable accumulations of snow, up to 30cm in places, are possible in parts of Scotland.

“With the cold air in place across the whole of the UK temperatures will drop as we move into the weekend d with a return to overnight frosts for many.”

Amber warnings are in place for much of the country as Brits have been urged to watch out for snow, ice and heavy showers.