Snow is forecast to hit several areas of the country in the coming week prompting the Met Office to issue a severe weather warning for this week. The weather forecaster has implemented two weather warnings for ice lasting until late morning on Tuesday. But will it snow in the capital?

The first snowfall for some parts of London is expected to arrive this week.

Over the past few weeks everywhere in England appears to have seen some snow, except for London.

However, a severe chill is due to descend across the capital this week with a -12C Arctic blast due to hit.

The freezing cold spell looks set to continue into next week as well with the “Beast from the East” looking to make a return to these shores. 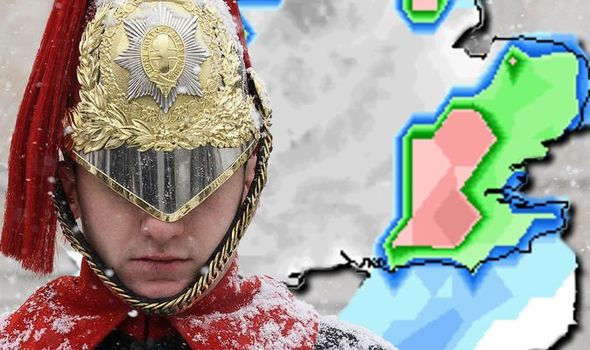 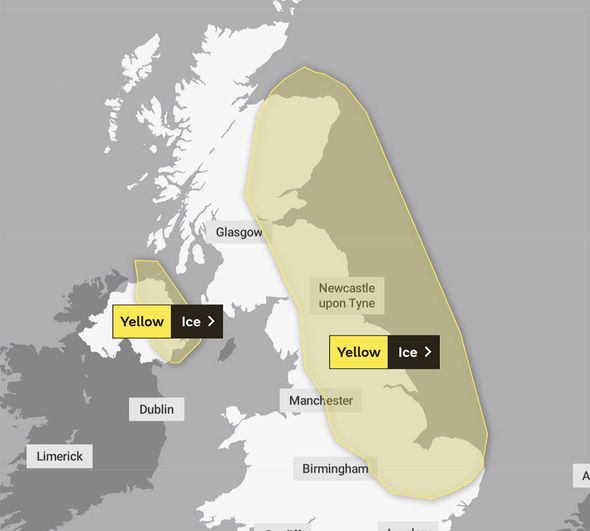 The Met Office has issued a weather warning for ice from 4pm on Monday until 11am on Tuesday.

The warning advises of icy stretches which are likely to cause difficult travel conditions.

The forecasters advised of some injuries from slips and falls on icy surfaces.

In addition, there will likely be some icy patches on some untreated roads, pavements and cycle paths. 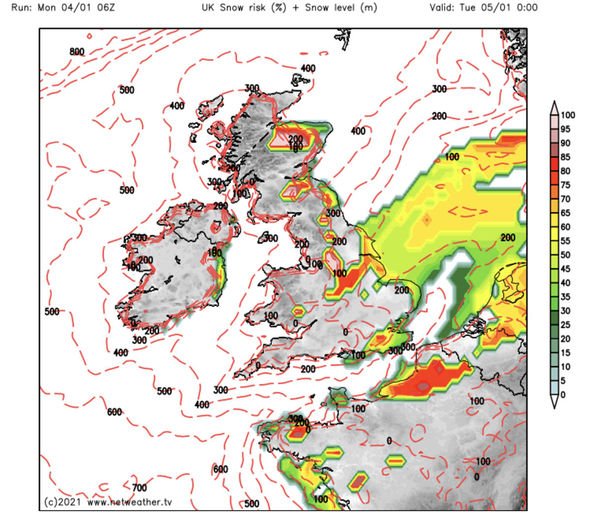 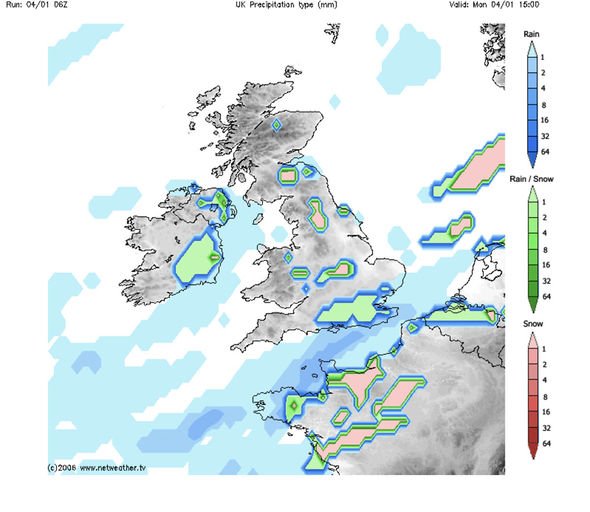 “There is also the chance of some freezing rain, mainly for northeast England, overnight into Tuesday.

“Some small accumulations are possible with southeast Scotland and north east England most at risk.

“Here two to five cm is possible in places above 300m and 10cm above 400m though ice looks likely to be the main hazard.”

The warning is in force across several areas: 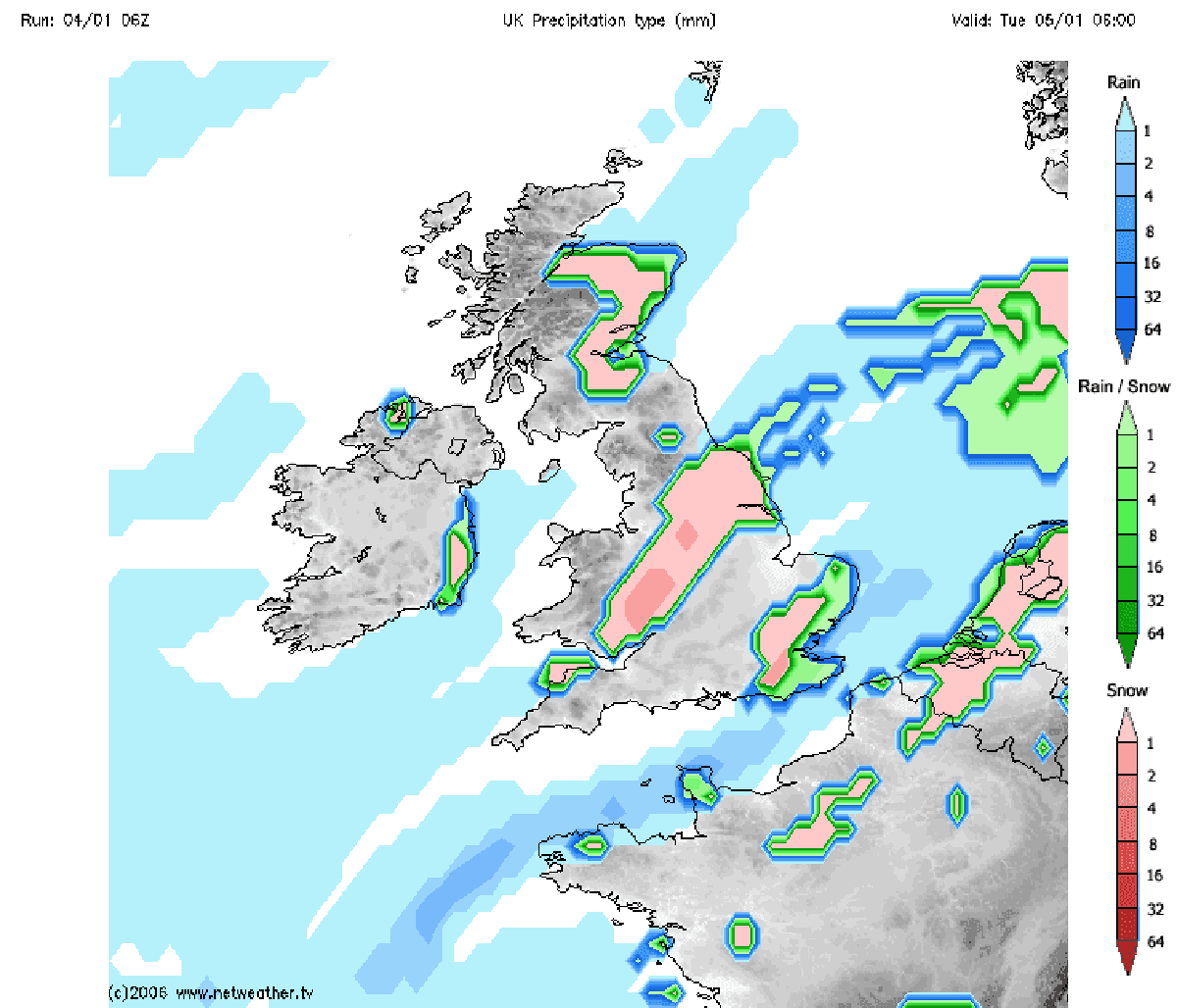 According to Netweather, there is an extremely high risk of snow in London on Monday, January 4.

The snow risk map shows a lower risk of snow from earlier on Monday until 3pm when the risk increases.

From 3pm until midnight on Tuesday, the risk continues to increase meaning snow is more likely to hit the capital.

This risk will continue into Tuesday where the risk area increases affecting more areas. 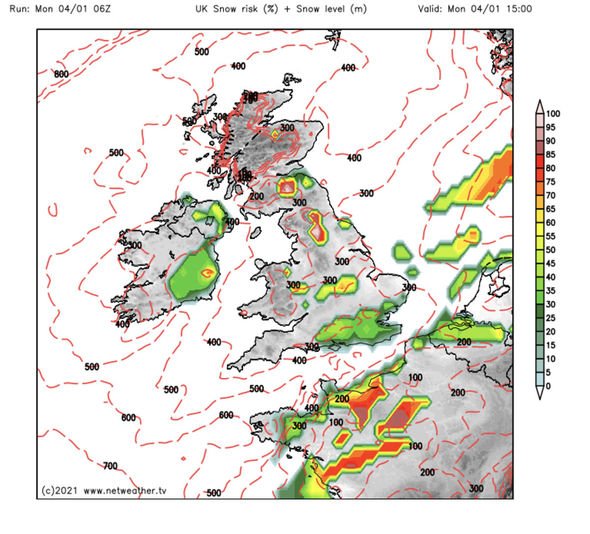 From 3pm on Monday, the map shows there is a risk of rain/snow across London.

However, from 6pm on Monday, the map reveals there is a chance of snow hitting parts of London.

The warning continues with more of London being included in the snow risk area until it moves away from the capital altogether around Wednesday evening.

According to BBC Weather snow is forecast for every part of London between Sunday, January 3 and Tuesday, January 5.

When will it snow in your area?

According to BBC weather forecasters these areas are due to see snowfall at the following times: