Belarusian President Alexander Lukashenko has said that the country’s opponents are trying to “destabilise” the political situation there.

Mr Lukashenko was speaking to Russian President Vladimir Putin after a number of nations, including the UK, advised airlines to avoid flying over Belarus.

That was in response to the forced diversion of a Ryanair plane under fighter jet escort after flight controllers told pilots there had been a bomb threat. 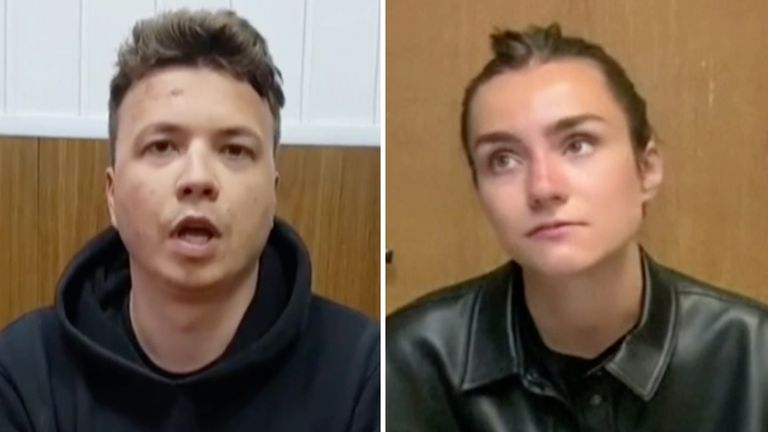 The plane was forced to land in the Belarusian capital of Minsk, instead of its scheduled destination in Lithuania, reportedly on the orders of Mr Lukashenko.

Opposition journalist Roman Protasevich and his girlfriend Sofia Sapega were arrested before the plane was allowed to continue its journey.

EU countries banned Belarusian carriers from the bloc’s airspace and advised European carriers to avoid flying over the country.

During Friday’s meeting in the Russian city of Sochi, Mr Lukashenko said he would give Mr Putin documents relating to the plane incident. 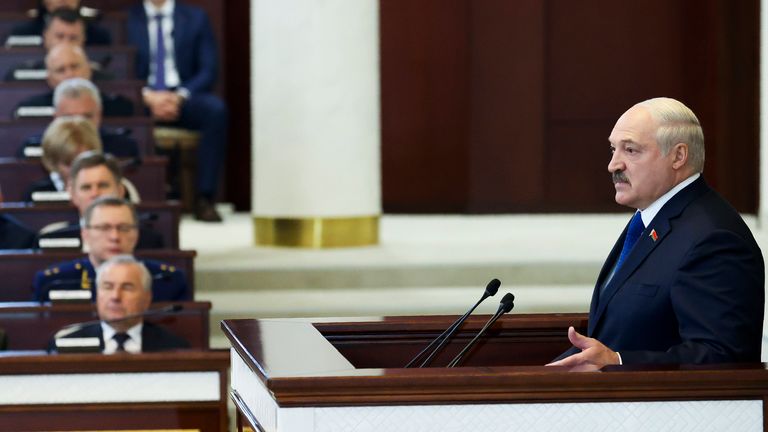 Mr Putin noted that there had been no such outcry when a plane carrying Bolivia’s president was forced to land in the West in 2013.

That plane was forced to land in Austria after false rumours that former US National Security Agency contractor Edward Snowden was on board.

Mr Lukashenko wanted to discuss closer economic ties with Russia during Friday’s meeting but he also wanted support in the aftermath of the Ryanair plane diversion, which has been described by some in the West as a “state-sponsored hijacking”.

“The EU has made a political decision to introduce sectoral sanctions in an apparent attempt to ruin our economy and create conditions for the repeat of coup attempts. In this situation, we count on the support of our closest ally, the Russian Federation.” 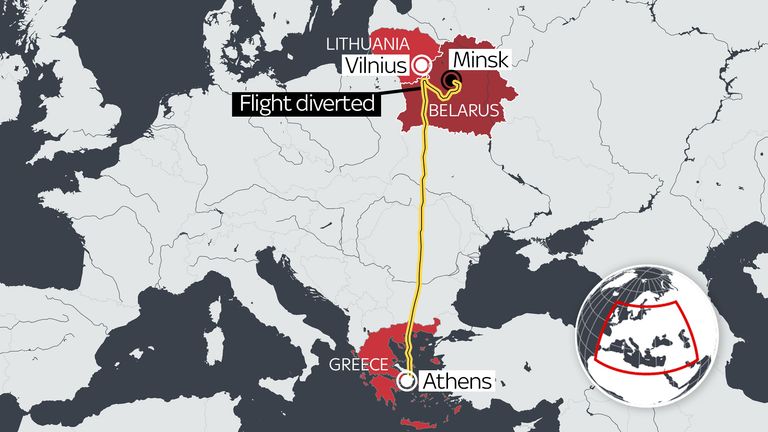 Moscow has supported Belarus in the past with cheap energy and loans but that does not mean the two leaders always see eye-to-eye.

Mr Lukashenko has previously been unhappy about what he says are Moscow’s attempts to force him to give up control over economic assets, seeing it as a path to losing independence.

Mr Lukashenko, who has ruled Belarus with an iron grip for 25 years, has also tried to use the possibility of a thawing in relations with the EU and US to get more aid from Moscow.

But this does not work anymore, after widespread condemnation of his actions following last year’s presidential election – he won but many believe the election was rigged.

More than 35,000 people were arrested amid the resulting protests.