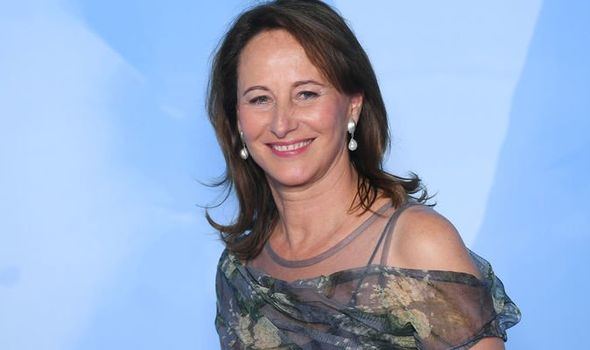 M Macron “does not listen,” Mme Royal told France 2 television when asked to comment on the government’s planned overhaul of the country’s pension system.

She added: “France is suffering from violence and brutality. The French do not deserve such treatment.”

M Macron’s reforms are “brutal and poorly conducted,” she continued, adding the government’s “problem” was that it had “never intended to engage in dialogue” over its pension plans.

She has since accused the centrist administration of attempting to silence a critical voice, and become one of its most vocal detractors.

Changing and streamlining the country’s convoluted and debt-ridden retirement system is a priority for M Macron.

But his plans have been met with anger in recent months from far-left unions, who called for mass street protests and orchestrated France’s longest transport strike in decades.

The battle to derail the pension project has since moved over to parliament, where lawmakers are currently debating the hotly contested bill.

Left and far-left opposition MPs have thrown a spanner in the works by proposing a staggering 41,000 amendments to the draft bill.

But M Macron’s ruling La République en Marche (LREM) party has a majority in parliament, and says the amendments are a deliberate effort to stall the bill’s passage through the lower house.

The government has since issued a thinly veiled threat to opposition lawmakers, saying it would ram the reform through by decree if they continued to block the parliamentary process.

The final vote, after the legislative process through parliament and the Senate, is not expected before the summer.

M Macron wants to merge the country’s 42 separate pension schemes, each with their own level of benefits, into a universal, points-based system that gives every pensioner the same rights for each euro contributed.

His plan would end some special pension regimes under which some people, like railway workers, are allowed to take early retirement.

The president, a former investment banker, says the existing schemes hamper job mobility, and that the reform is central to his efforts to create a looser labour market.

He also argues that the new system will be fairer and more sustainable.

His critics, however, say the changes will force millions of people to work longer for a full pension and invest in private, US-style plans.

Under pressure from the unions, he has scrapped a proposal to raise the retirement age for a full pension by two years to 64. They have been told to find another way to balance the pension books or the measure will be added back in.

M Macron has shown no sign of caving in to the demand of hardline unions that he ditch the reform altogether.

Winning the face-off would give him the green light to launch further business-friendly reforms and boost his chances at re-election in 2022.