Demonstrations took place in Nantes, Bordeaux and Strasbourg as well as small towns on Sunday against the Government’s restrictions. Since October 30 masses and other religious services have been outlawed as part of France’s second nationwide lockdown.

Churches and other places of worship are permitted to stay open for private prayer.

One protester at a rally in Strasbourg held a banner which read “Let us pray!”

The president of Rassemblement National (RN), Marine Le Pen, hit out at the ban.

She called for a lifting of the ban, saying religious services serve as an “important support” for the faithful during the COVID-19 lockdown. 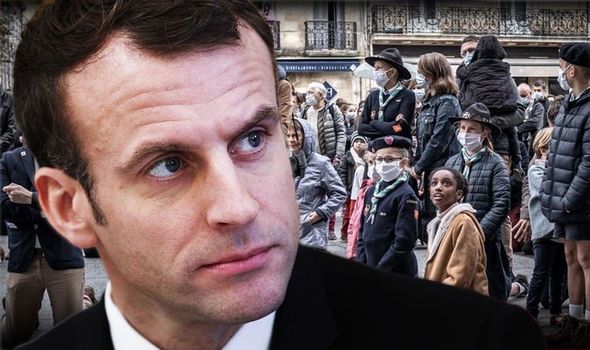 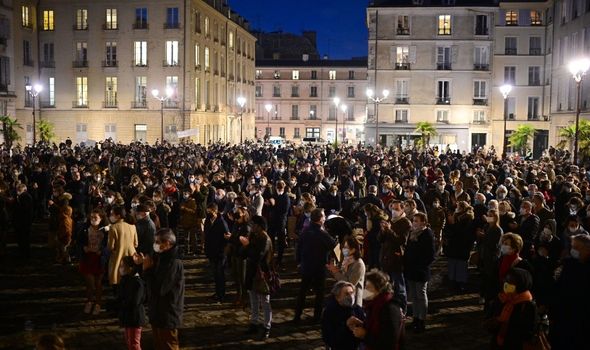 She said communities should be free to gather to pray with one another during times of “great tension and anguish”.

The Vicar General of the Archdiocese of Paris, Monsignor Benoist de Sinety, compared the measures to rules preventing athletes from exercising.

He told BFMTV: “The fact of not being able to go to mass is like preventing a great sportsman from practice.

“Mass is a vital necessity.” 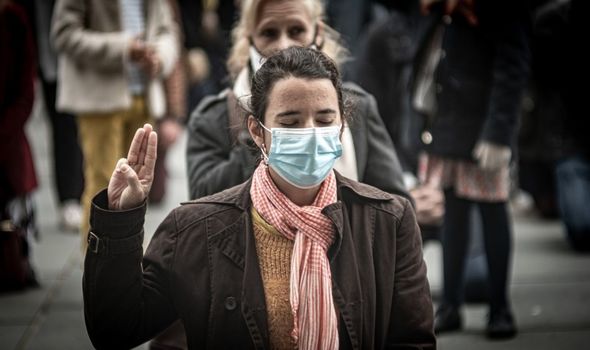 He said Catholics were “suffering” as a result of not being able to gather for prayer and worship and to celebrate mass.

On Friday evening dozens of people gathered in front of Saint-Sulpice church in a public show of opposition to the rules.

For several hours the group prayed for a U-turn, prompting the Government to issue a warning against any further planned protests. 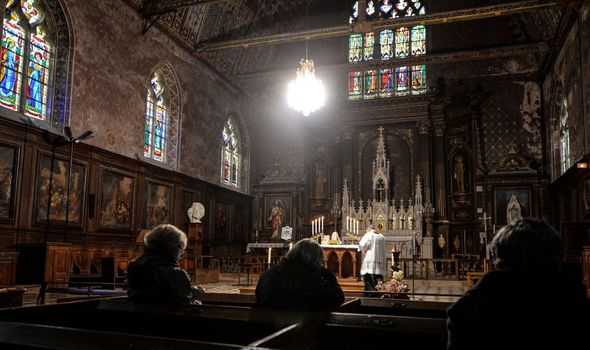 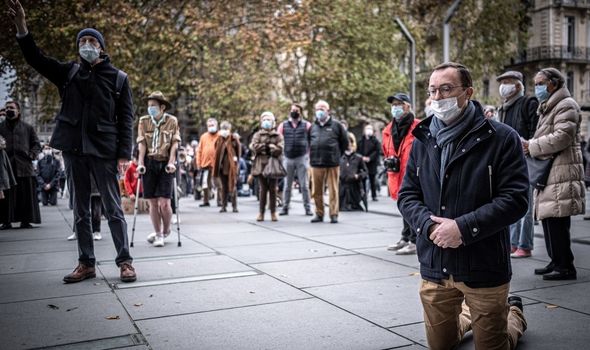 Another demonstration scheduled for Sunday in the same location was called off as a result.

In response, Monsignor de Sinety urged people to “act in accordance with the law”.

He added: “I think it is not useful, it is not good to multiply this kind of demonstration (street prayer) on public highways.”

Interior minister Gérald Darmanin warned if such prayer rallies continued the police would be sent to break them up.

He said: “I do not want to send the police to confront believers in front of a church, but if it is a repeated act, which is clearly contrary to the laws of the Republic, I will do it.”

In an effort to reach out to faith communities unhappy with the rules, he was due to hold a meeting on Monday with representatives from France’s main churches. 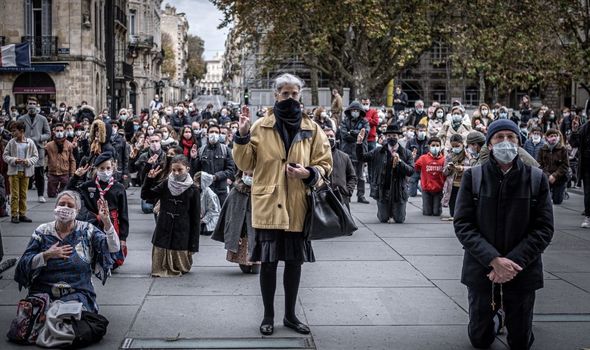 They will discuss a possible relaxation of the ban on services.

On Sunday France recorded a further 27,228 confirmed cases of COVID-19 and 302 deaths, according to health ministry data.

France has now recorded 1,981,827 confirmed COVID-19 cases in all, while 44,548 people have died from the virus – the seventh-highest death toll in the world.