BEIRUT (Reuters) – French President Emmanuel Macron began his trip to Beirut on Monday by visiting Fairouz, one of the Arab world’s most famous singers whose haunting voice has been Lebanon’s soundtrack from its glamorous heyday through its conflicts and latest trauma. 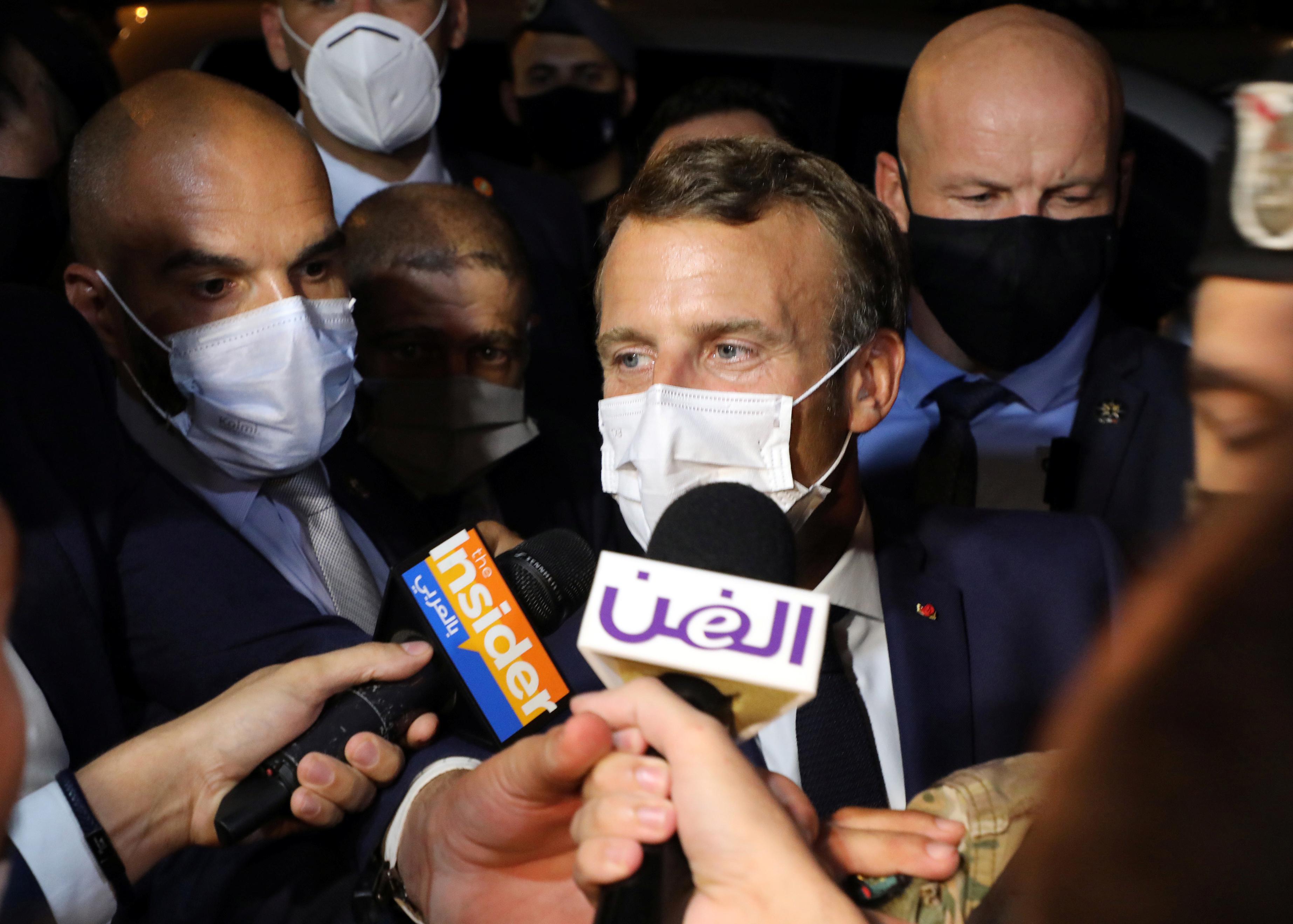 Anger at Lebanon’s political elite over an economic meltdown and this month’s devastating port blast was evident as Macron arrived at the home of the 85-year old artist, feted as a national treasure and symbol of peace, transcending factional and sectarian divides in Lebanon and beyond.

Protesters gathered outside with placards reading “No cabinet by, or with, the murderers” and “Don’t be on the wrong side of history!”. Some chanted “Adib No”, referring to new premier Mustapha Adib who was named by Lebanese leaders on Monday under French pressure.

Upon leaving, Macron stopped to speak with the crowd.

“I made a commitment to her (Fairouz), as I make a commitment to you here tonight, to do everything so that reforms are implemented and that Lebanon receives better. I promise you. I won’t leave you,” he could be heard saying in TV broadcasts.

Macron is visiting Beirut for the second time in less than a month to press for a new government made up of experts untainted by corruption and capable of rooting out graft, waste and negligence as well as rebuilding after the Aug. 4 explosion that wrecked swathes of Beirut, killing 190 people.

Macron described his meeting with Fairouz as “very beautiful, very strong”. “I told her everything that she represented to me, of a Lebanon that we love and that many are expectant of, a nostalgia that many have.”

Asked about his favourite Fairouz song, he named “To Beirut”, which local channels have played while showing images of the blast and its aftermath.

The enigmatic singer rarely speaks publicly but her lyrics fill the airwaves from Rabat to Baghdad.

“I love you in summer, I love you in winter,” she sings in one of her most famous numbers, released before Lebanon’s descent into its 1975-90 civil war, and when the nation was still famed as the Switzerland of the Middle East, attracting Hollywood idols to its fine restaurants and beaches.

Her songs were listened to across the religious and factional divide, whether Christian, Muslim or Druze, even as they spilled each others’ blood on the streets.

Fairouz has drawn the admiration of other French presidents. Francois Mitterrand awarded her the Order of Arts and Letters in 1988 and Jacques Chirac handed her the Legion of Honour in 1998.

Fairouz, born Nouhad Haddad, made her first European television appearance in 1975 on a French show. In 1979, her song “Paris, Oh Flower of Freedom” included the words “France, what do I tell you about my wounded country?”

During the civil war, Fairouz toured abroad, holding only one concert inside Lebanon – on a stage that crossed the frontline of the then-divided capital.