KUALA LUMPUR (Reuters) – Malaysia’s king met parliamentarians for a second day on Wednesday to try to end political turmoil by finding someone able to form a government or by calling a new election after Mahathir Mohamad’s shock resignation as prime minister. 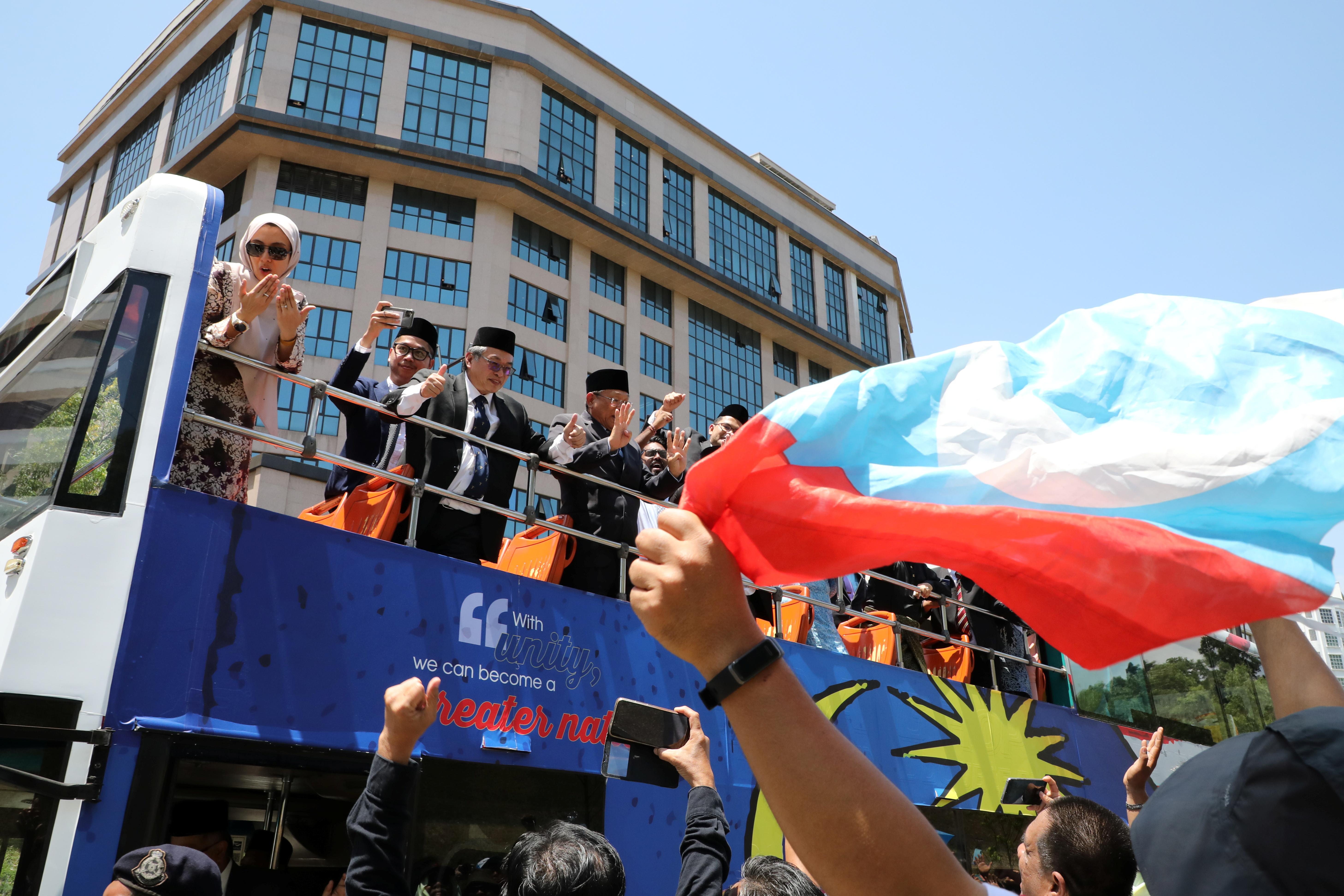 Politicians from 94-year-old Mahathir’s previous Pakatan Harapan (PH) coalition said they believe they are on track to form a new administration after a plan Mahathir had floated for a unity government was rejected by a rival group.

“It appears that any government coalition will have PH,” Ong Kian Ming, one parliamentarian from the group told Reuters.

Mahathir, the most important figure in Malaysian politics for decades, resigned on Monday but was immediately named by the king as interim prime minister with full powers.

The king was meeting all 222 elected members of parliament over two days. Those in the meetings said they were asked to name their favored prime minister or whether they wanted fresh elections.

While some politicians have openly voiced support for Mahathir to stay in office, it was unclear whether enough of them would give him their backing at the meetings with the king to allow him to stay on.

But it was also far from certain there would be backing for another candidate such as Anwar Ibrahim, 72, an old rival of Mahathir who allied with him to win a shock election victory in 2018.

Parliamentarians allied to Anwar arrived at the palace aboard a double-decker open top bus to be greeted by cheers of “Reformasi” (reform) by supporters at the gates.

The relationship between Anwar and Mahathir has shaped Malaysian politics for more than 20 years and helped prompt the latest crisis – after Mahathir resisted pressure to set a date for a promised transfer of power to Anwar.

“We expect the heightened uncertainty arising from the political crisis in Malaysia to remain over the coming weeks, given a likely prolonged period of intensive politicking,” said Fitch Solutions, an economic analysis company.

As well as the volatile personal relationships, politics in Malaysia is shaped by a tangle of ethnic and religious interests. The largely Muslim country of 32 million is more than half Malay, but has large Chinese, Indian and other minorities.

Mahathir’s proposed unity government could have given him greater authority than during a spell as prime minister from 1981 until his retirement in 2003, during which he is credited with turning a farming backwater into an industrial nation.

But the idea was rejected on Tuesday by an alliance of four parties including the United Malays National Organization (UMNO), which ruled Malaysia for six decades until being defeated by Mahathir’s coalition in 2018.

The four parties said they had told the king they wanted a new election instead.