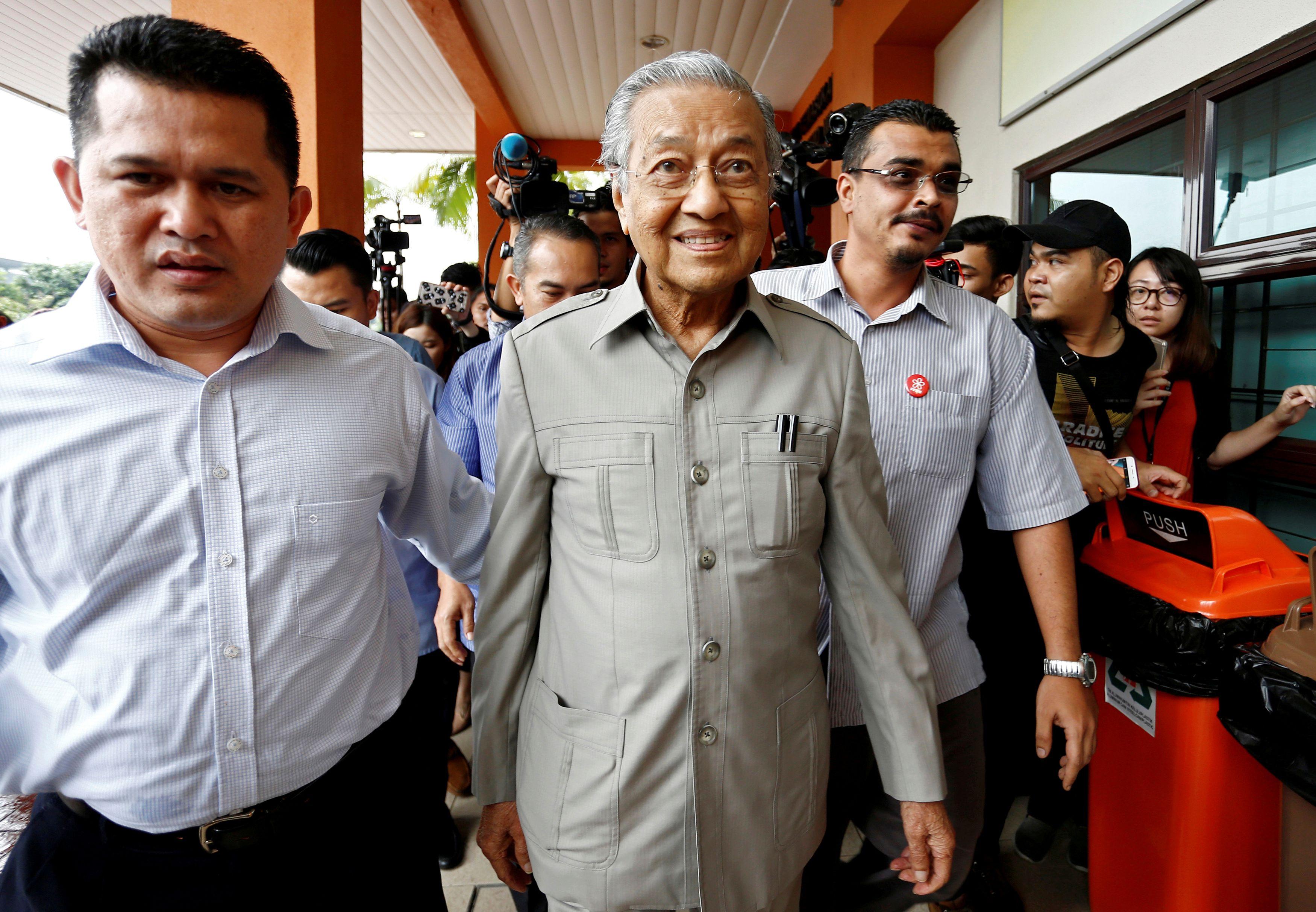 KUALA LUMPUR (Reuters) – Malaysia’s king summoned Mahathir Mohamad on Thursday, as the country waits for an end to the political chaos caused by his shock resignation as prime minister amid an intense power struggle.

Decades-old political rivals Mahathir, 94, and Anwar Ibrahim, 72, have both sought the prime minister’s job, leaving the king to decide who governs the country next or whether fresh elections should be called.

Mahathir, who agreed to act as interim prime minister after resigning earlier this week amid political maneuvering between his coalition and the opposition, on Wednesday proposed a unified administration without political party allegiances.

A spokesman for Mahathir’s office said Sultan Abdullah Sultan Ahmad Shah had called him for a meeting at 11 am (0300 GMT). The spokesman did not know why.

The king has met all the 222 elected members of parliament over two days in a bid to end the crisis, which comes as Malaysia faces a flagging economy and the impact of the new coronavirus.

The resignation of Mahathir broke apart a coalition with Anwar that had scored a surprise election victory in 2018, and was not part of a pre-election promise that Mahathir would eventually cede power to Anwar.

Anwar said on Wednesday he was opposed to forming a “backdoor government” and that three parties from the former Pakatan Harapan ruling coalition had proposed his name to the king as candidate for prime minister.

“We wait for the decision of the king,” he told a news conference.