The Duchess of Sussex has said it is “really liberating” to be “able to make a choice on your own” in the latest teaser clip of her interview with Oprah Winfrey.

In the new clip, Meghan recalls a previous conversation with Winfrey in which she said she would not be able to take part in an interview with her.

“I couldn’t have said yes then – that wasn’t my choice to make,” Meghan says.

“As an adult who lived a really independent life to then go into this construct that is different than I think what people imagine it to be – it’s really liberating to be able to have the right and privilege in some way to be able to say yes… to be able to just make a choice on your own and be able to speak for yourself.”

The interview comes as Buckingham Palace says it will investigate “very concerning” bullying allegations from the duchess’ time as a working royal.

The Duke and Duchess of Sussex have denied the allegations and said they are the victims of a calculated smear campaign, with their lawyers saying the claims are based on “misleading and harmful misinformation“.

Meanwhile, the Royal Family has been accused of “double standards” by Harry and Meghan’s biographer for carrying out an inquiry while not doing the same into Prince Andrew

Harry and Meghan are expected to lift the lid on their short period fulfilling royal duties together during their interview with Winfrey, which airs in the US on Sunday.

The couple stepped back from their roles to pursue a new life in America last year. 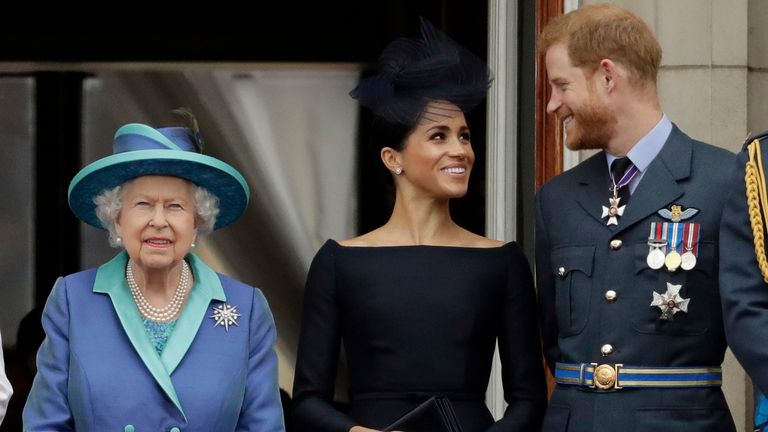 What else are Harry and Meghan known to have said during the interview?

Prince Harry has told Winfrey his fear of “history repeating itself” was part of his reason for stepping back from royal duties.

In one of two promo clips released by CBS earlier this week, Harry said: “I’m just really relieved and happy to be sitting here talking to you with my wife by my side.”

As a photo was shown of him as a child with his mother, Princess Diana, he continued: “Because I can’t begin to imagine what it must have been like for her going through this process by herself all those years ago, because it’s been unbelievably tough for the two of us.

“But at least we have each other.”

Another clip shows Harry saying: “My biggest concern was history repeating itself.”

A teaser released also showed the duchess saying she could not be expected to “just be silent” if the Royal Family is playing an “active role” in “perpetuating falsehoods” about her.

What are the bullying allegations?

Meghan and Harry will not be part of the process and it is understood the palace hopes to start the investigation soon.

Past and present employees are to be invited to speak in confidence about their experiences of working for Meghan, after it was alleged she drove out two personal assistants and staff were “humiliated” on several occasions.

The Times newspaper reported the duchess “destroyed” one member of staff and another was left in tears before she departed.

There has long been speculation about the atmosphere in the Sussex household after a number of staff left.

Jason Knauf, the Sussexes’ former communications secretary, made a bullying complaint in October 2018 in an apparent attempt to force Buckingham Palace to protect staff.

A source suggested the attitude to the allegations was more about making them “go away” rather than “addressing” them, with the paper claiming Mr Knauf’s complaint was never progressed. 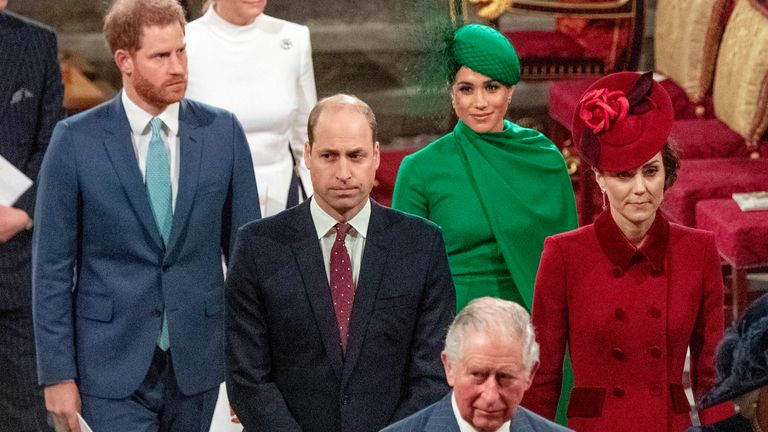 What have the Sussexes said about the bullying allegations?

The Duke and Duchess of Sussex have said they are the victims of a calculated smear campaign.

Lawyers for the couple have said the claims are based on “misleading and harmful misinformation“.

They also said Harry and Meghan believed staff were comfortable and happy.

Meghan’s spokesman said: “The duchess is saddened by this latest attack on her character, particularly as someone who has been the target of bullying herself and is deeply committed to supporting those who have experienced pain and trauma.

“She is determined to continue her work building compassion around the world and will keep striving to set an example for doing what is right and doing what is good.”

What has Buckingham Palace said about the allegations?

Buckingham Palace has said it is “very concerned” about the allegations in The Times “following claims made by former staff of the Duke and Duchess of Sussex”.

The palace statement continues: “Accordingly our HR team will look into the circumstances outlined in the article. Members of staff involved at the time, including those who have left the household, will be invited to participate to see if lessons can be learned.

“The royal household has had a dignity at work policy in place for a number of years and does not and will not tolerate bullying or harassment in the workplace.”

Prime Minister Boris Johnson said he “certainly won’t” be passing comment on the latest developments regarding the Royal Family.

He told broadcasters during a trip to Teesport in the North East: “I think that politicians, the best thing politicians can do on all these questions is really to bite their tongue.” 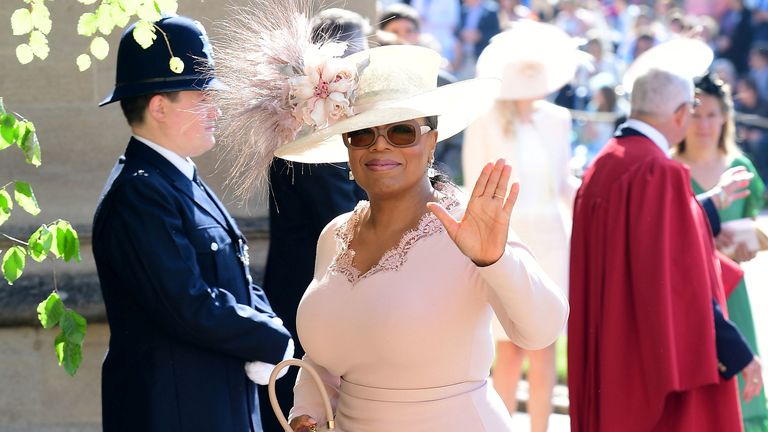 When will the interview be aired?

Harry and Meghan’s interview is set to be broadcast on CBS in the US on Sunday at 8pm EST.

It will then be aired at 9pm on ITV on Monday for UK audiences and at 9.30pm on RTE for viewers in Ireland.