An image of the First Lady boarding a Marine One plane with husband Donald Trump at the White House has lead to Twitter users claiming the woman in the picture is not her. Mrs Trump is seen wearing sunglasses and a black summer dress as she grins while coming off the plane.

She is seen following her husband as he walks down the steps and stares into the distance.

The image was taken on Thursday, October 22, as they made their way to Nashville, Tennessee.

Social media users were quick to argue Mrs Trump looked unusual due to the way she was smiling. 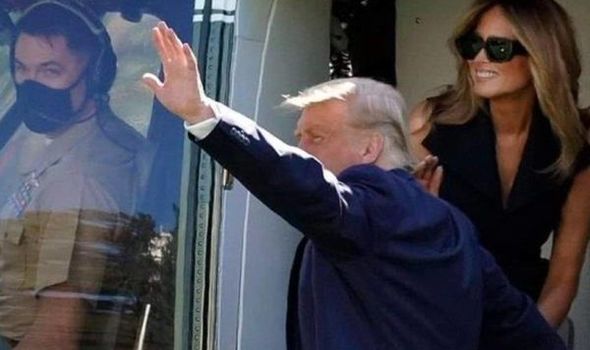 Another user added they believed it “100 percent isn’t her”.

They said: “The only thing I’ll miss from this administration is them swapping in new Melanias and just pretending we won’t notice like a four-year-old with a guppy.

“I never believed the #FakeMelania conspiracies, but you can tell this 100 percent isn’t her, because she’s looking fondly at a Christmas tree in the distance.” 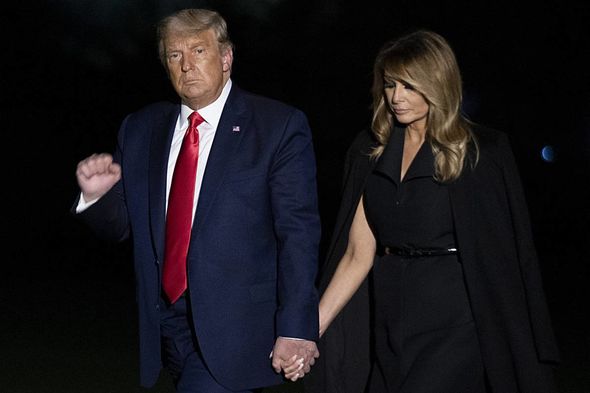 Another person simply tweeted: “Has someone checked on the ‘real’ Melania?”

This is not the first time Mrs Trump has sparked a Twitter frenzy over her appearance.

Back in 2019, people voiced their doubt over a picture of the President and First Lady was published at a memorial for tornado victims in Alabama.

The response even lead to Mr Trump weighing in to blame the “Fake News”. 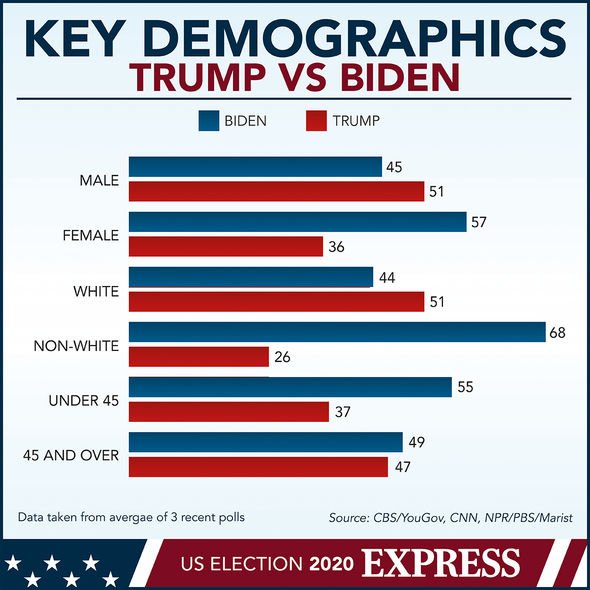 Mr Trump tweeted: “The Fake News photoshopped pictures of Melania, then propelled conspiracy theories that it’s actually not her by my side in Alabama and other places.

“They are only getting more deranged with time!”

The image comes as Mr Trump gears up for his last week of campaigning before the November 3 ballot.

After voting early in his home state of Florida on Saturday, Mr Trump raced through rallies in three states – North Carolina, Ohio and Wisconsin – where he promised the end of the coronavirus pandemic was in sight and said Biden would threaten jobs by pushing for more COVID-19 restrictions. 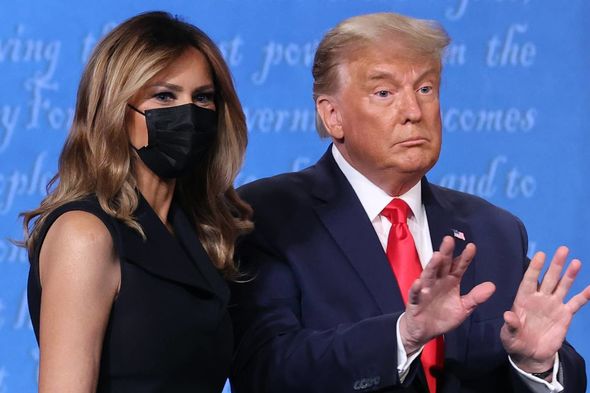 In Ohio, Trump said his campaign was doing well and he was not worried about the public opinion polls.

On his visit to New Hampshire, Mr Trump will hold a rally in Manchester. He has suggested he might hold five rallies a day down the final stretch before the election.

Mr Biden, who made two campaign stops in Pennsylvania on Saturday, has no public schedule for Sunday, although the former vice president often makes a trip to church.

During his swing through Pennsylvania, Biden renewed his criticism of Trump for not taking the health crisis seriously enough and warned of a resurgence during the winter months of the virus, which has killed more than 224,000 Americans and is on the rise in several battleground states.