Melania Trump shook hands and hugged all 12 recipients of the International Women of Courage award at the State Department Wednesday. The First Lady joined Secretary of State Mike Pompeo at the International Women of Courage Awards where she made contact with recipients of the award despite husband, Donald Trump, saying he hasn’t touched his face in weeks following the coronavirus outbreak.

None of the award winners are from high-risk countries but health and immunologist specialists have advised US citizens to stop physical contact with others in public and to instead greet each other using an elbow touch.

The high-risk countries include China, Italy and South Korea but the winners were from the Middle East, Africa and Asia.

It is Melania’a fourth year of presenting awards at the ceremony.

She said: “As First Lady of the United States, I am proud of what this country continues to do for women, and I am honored to represent a nation that not only recognizes women around the world who are making a difference internationally, but empowers and supports them in their endeavors so they can affect positive change for others. 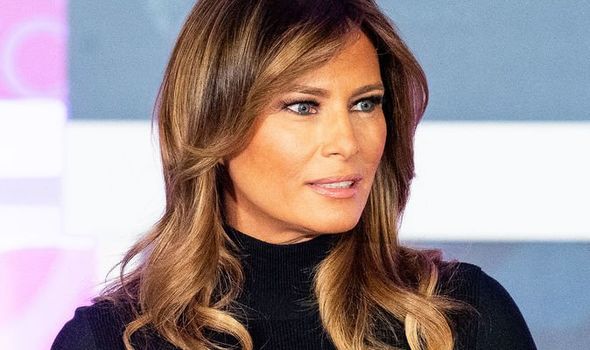 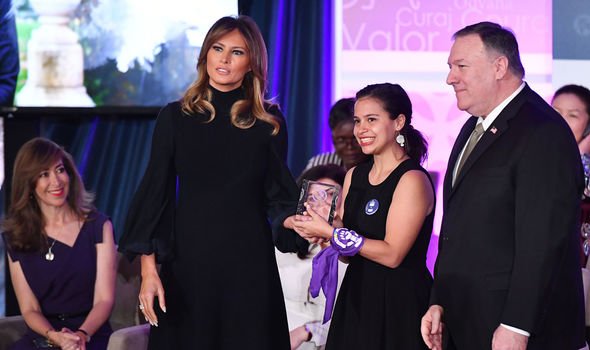 “A few weeks ago, I was awarded the Women of Distinction Award at Palm Beach Atlantic University for the efforts surrounding my Be Best initiative.”

Melania ignored government agencies advice as she shook hands with the award winners.

There are currently 177 confirmed cases of COVID-19 in the US and two deaths as of Thursday, according to Johns Hopkins CSSE.

The state has recommended US citizens to not travel to China, avoid sick people and wash their hands often for at least 20 seconds. 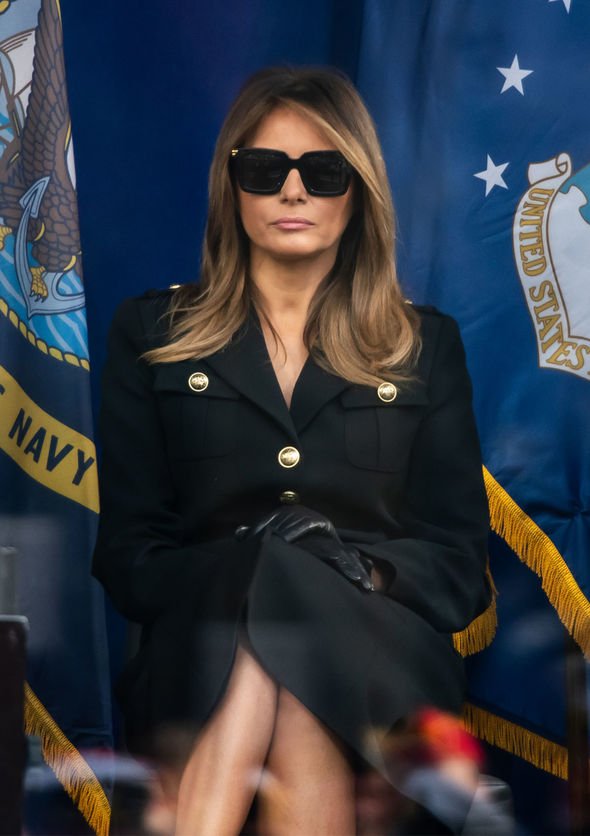 President Trump, who is a known germaphobe, hit out at Mike Bloomberg for licking his fingers in a video.

On Tuesday, he wrote: “Mini Mike, don’t lick your dirty fingers. Both unsanitary and dangerous to others and yourself!”

US health officials said on Thursday they expect to be able to get enough coronavirus tests to public laboratories this week to test about 400,000 people, and acknowledged the challenge for doctors seeking to get patients screened for the disease.

Officials expect to ship additional test kits to cover between 1.5 and 1.7 million people by the end of next week, US Health and Human Services Secretary Alex Azar told reporters. 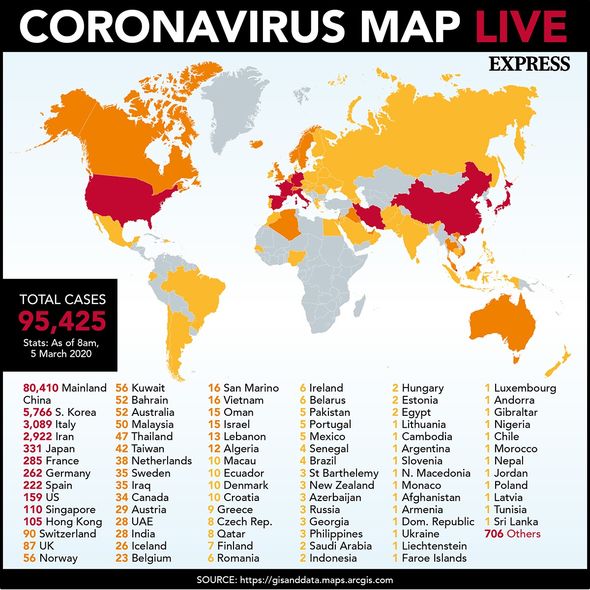 Mr Azar said: “Right now, it is a challenge if you are a doctor wanting to get somebody tested.

“That experience will get better over the next week, week and a half, two weeks. But do not be surprised if you hear concerns of doctors saying: ‘I have a patient. I don’t know how to get this done’.”

The best estimate of the overall mortality rate from the novel coronavirus lies somewhere between 0.1% and 1%, U.S. Assistant Secretary for Health Brett Giroir said.

The WHO this week said about 3.4% of confirmed cases of COVID-19 have died.