The Met Office has issued severe weather warnings for later this week as the risk of flooding in Yorkshire and Wales has increased in the wake of Storm Dennis.

Will another storm hit this weekend?

The first yellow warning of the week is in place in south Wales, in the north of the country and Blackburn, Darwen, Cumbria and Lancashire.

The yellow rain warning is in place between 6pm on Wednesday until 3pm on Thursday.

A second warning is in effect on Friday because of forecasted persistent rain, likely to be heavy over hills that could lead to flooding and travel disruption. 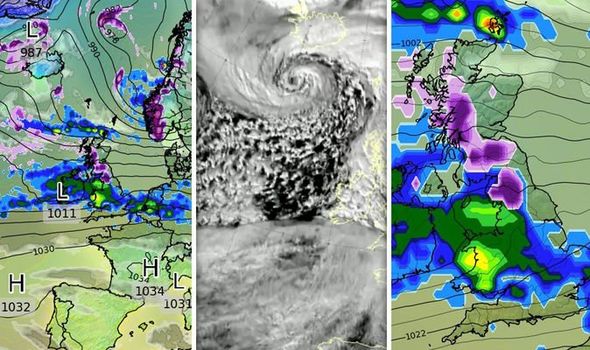 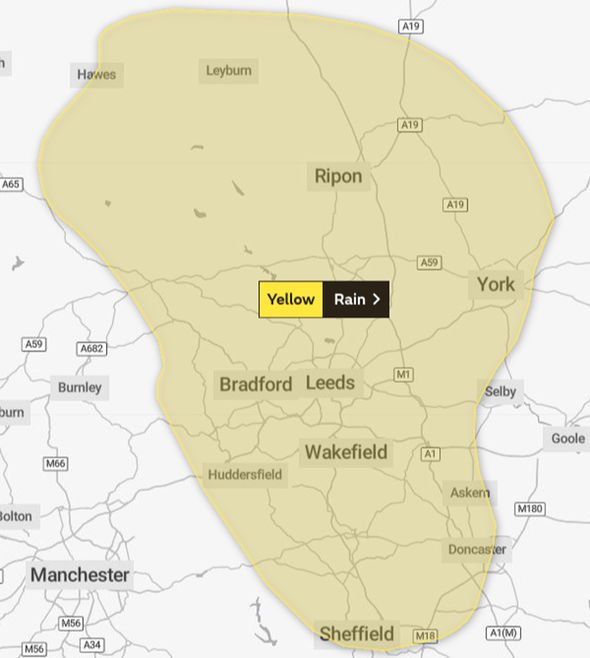 The warning is in place from midday on Friday through to 6am on Saturday morning.

The River Ouse in Yorkshire is forecast to rise to 4.6 metres on Monday after Storm Dennis caused flooding in the region.

The Met Office said: “Although the severe weather associated with Storm Dennis has passed, there is further wet and windy weather to come this week.” 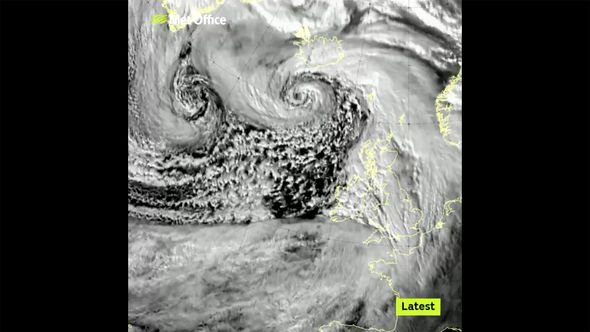 Storm Dennis brought wet and windy conditions after what was an unsettled week, with Storm Ciara bringing stormy conditions the weekend before.

South Wales saw the most rain from Storm Dennis, with 157.6mm recorded at a Natural Resources Wales site in Crai Resr, Powys, between midnight on Saturday morning to 10am on February 17.

The highest wind speed recorded during the storm was 91mph on Saturday evening at Aberdaron, Gwynedd.

Currently, there are no weather warnings in place for the weekend except for the one that expires on Saturday morning, and the latest weather maps don’t appear to show another storm hitting. 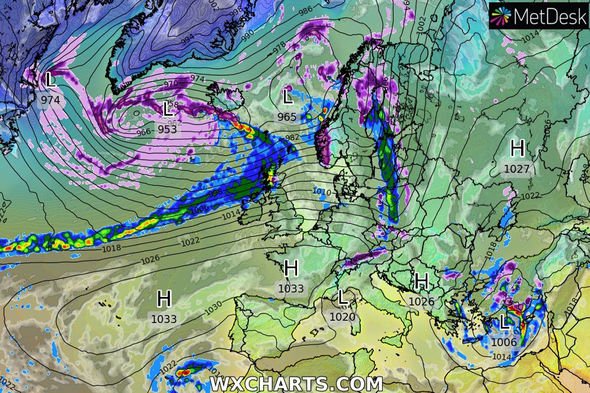 However, a jet stream over the Atlantic will likely bring with more heavy rain and high winds.

The latest charts do show a band of rain moving across the Atlantic towards the UK, making landfall on Sunday.

Storm Dennis was the fourth named Atlantic storm of the storm season.

The Met Office’s forecast for later in the week says: “The outlook for Thursday to Saturday is rain, some heavy, spreading east then blustery showers Thursday. 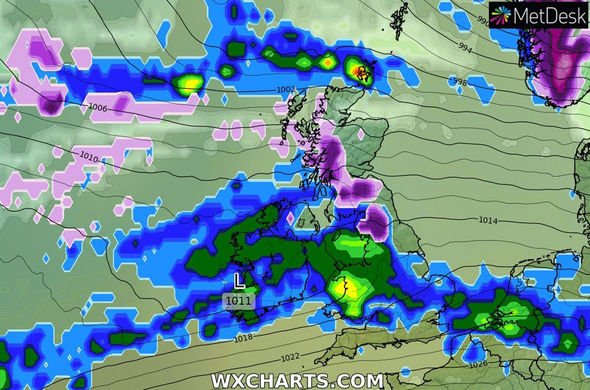 Met Office meteorologist Alex Deakin said: “Next weekend we’re going to see a very active jet stream streaming its way across the Atlantic so the potential for further areas of low pressure to spin up and drive their way across the UK into the weekend.

“Still a few days off but it does look like the unsettled theme will continue into the weekend with further bouts of strong wind and also at times some further heavy rain to come.”

Should another storm materialise, it would be named Ellen and be the third in as many weeks to batter the UK.