Latin American nation reports more than 35,000 deaths from COVID-19, surpassing Italy but behind US, Brazil and UK. 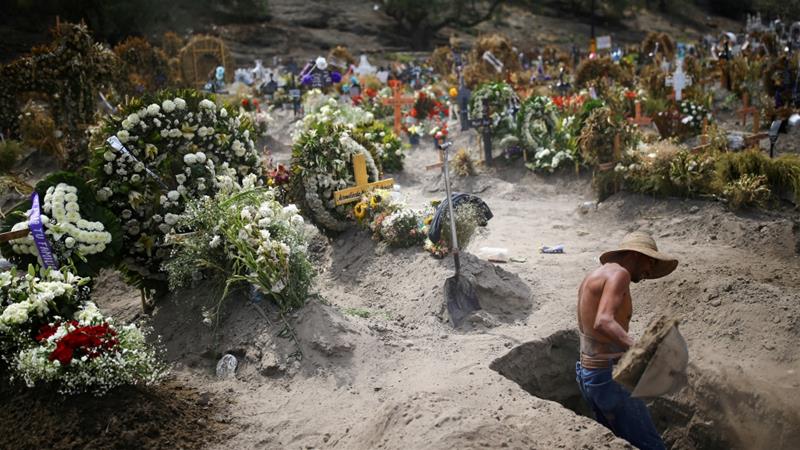 Deaths in Mexico from the coronavirus pandemic have crossed 35,000, with the Latin American country overtaking Italy for the world’s fourth-highest total deaths.

Mexico on Sunday recorded 276 additional deaths and 4,482 new infections to bring its coronavirus death toll to 35,006, with 299,750 confirmed cases, according to data collected by the Johns Hopkins University.

It trails the United States, Brazil and the United Kingdom in total deaths caused by COVID-19, the highly infectious respiratory disease caused by the new coronavirus.

This past week saw a record daily numbers of new infections in the country, but President Andres Manuel Lopez Obrador said he was optimistic and blamed what he called “conservative media” for causing alarm.

“The bottom line is that the pandemic is on the downside, that it is losing intensity,” Lopez Obrador said on Sunday after being briefed on the situation.

The government has faced criticism for reopening the economy too soon and the number of cases is expected to rise in the coming days as restrictions affecting small businesses and restaurants are relaxed.

The coronavirus death toll per million residents in Mexico, whose population numbers about 120 million, is the 16th highest in the world, according to data by research firm Statista.

But Mexican officials say the true toll is likely much higher due to limited testing.

Several former officials have criticised Lopez Obrador’s administration for its management of the epidemic.

Former Health Minister Salomon Chertorivski, who held the post from 2011 to 2012, said on Thursday the government had reopened the economy before meeting globally established criteria for doing so. He added that Mexico might need to impose a new lockdown.

Meanwhile, in the capital Mexico City, authorities plan to target neighbourhoods with a higher number of people infected with COVID-19 as part of efforts to contain the coronavirus outbreak.

It has already implemented a camera surveillance system aimed at monitoring the use of face masks in a number of neighbourhoods. 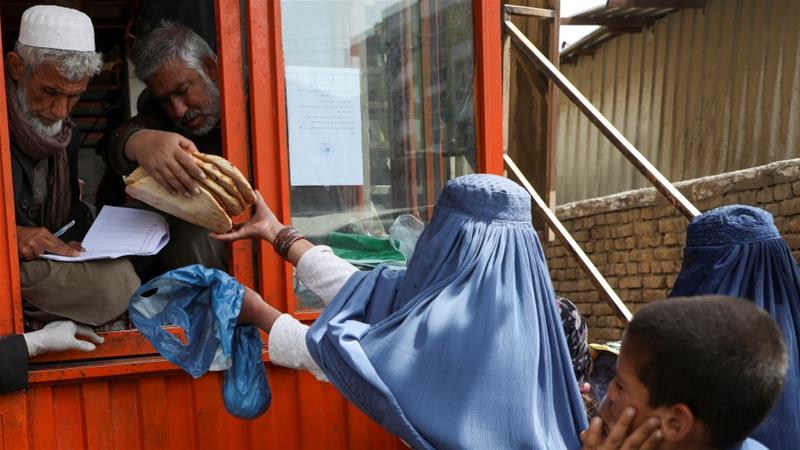 Who will end hunger in areas hit by the coronavirus?