Years of conflict in Afghanistan and the chaotic withdrawal of America’s military might does not seem to have made an impact on the long-time, autocratic president of Rwanda, Paul Kagame.

The seasoned, yet controversial, 63-year-old has led his country’s armed forces into northern Mozambique after the host nation was overwhelmed by a group of vicious Islamic extremists called Ansar al-Sunna.

Yet President Kagame has been sounding extraordinarily confident of victory on a relatively new frontier in the global war on terror. 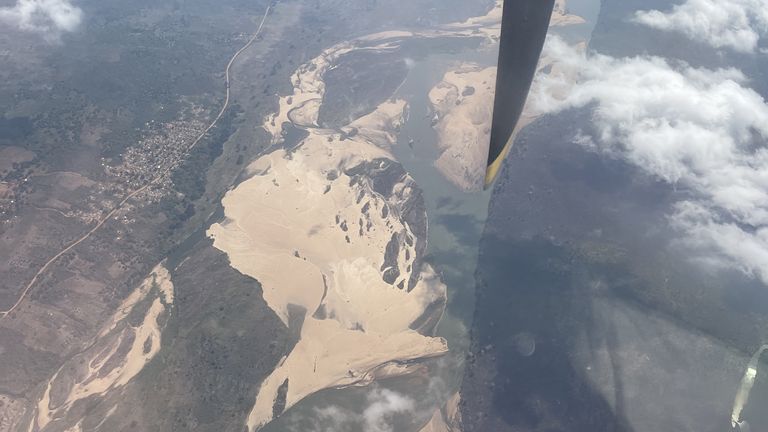 He told a news conference in the city of Pemba, in the troubled region of Cabo Delgado, that his 1,000-member deployment will help defeat the militants and deal with the causes that have fuelled their growth.

Certainly, the Rwanda Defence Force (RDF) has had a dramatic impact on the ground after arriving in this impoverished region at the beginning of July.

The Mozambican military had succeeded only in conceding ground – and vital pieces of equipment – to the insurgents as well as losing communities like the port of Mócimboa de Praia which the militants designated as their “capital”.

More significantly perhaps, they temporarily lost control of the town of Palma, which provided accommodation and services to employees at a nearby liquified natural gas (LNG) project run by French firm Total. 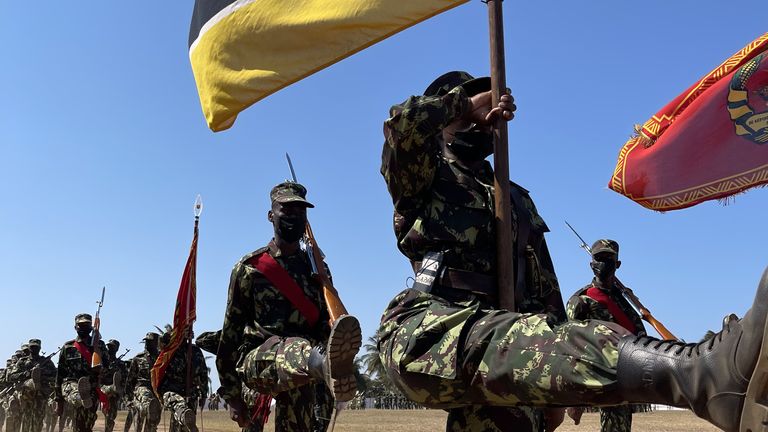 Total declared “force-majeure” on the $20 billion mega-project in April, effectively retreating from their contractual obligations on the basis that it was too dangerous to continue in Cabo Delgado.

However, the Rwandan military has turned the situation around, retaking much of the territory lost to the insurgents in a matter of just six weeks.

Beginning their campaign at Total’s plant on the Alfungi peninsula – which they now use as their headquarters – Kagame’s forces have battled their way down the coast and engaged the insurgents further inland. 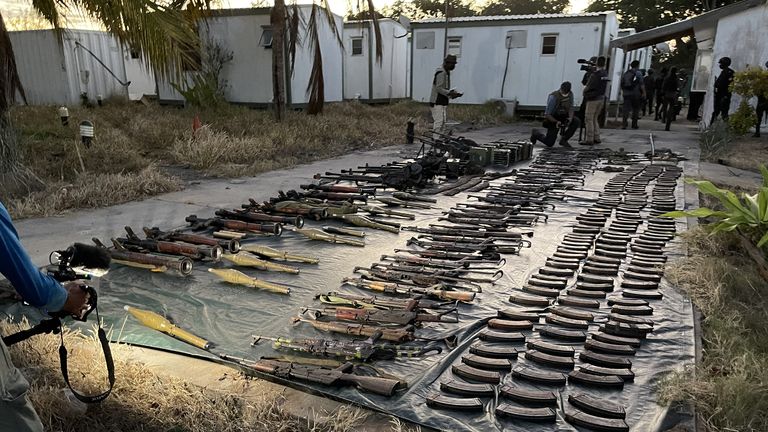 The militants managed to hold on to Mócimboa for almost a year but the RDF, working together with Mozambicans, retook it on 8 August, in what is now described as their “D-day”. 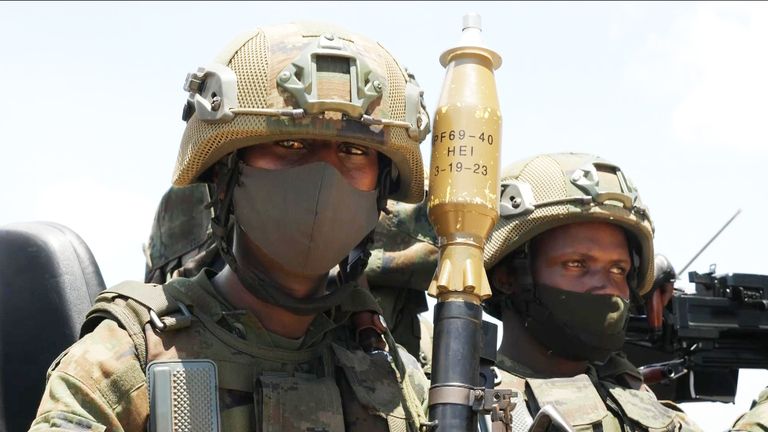 At the news conference, which was also attended by the Mozambican head Filipe Nyusi, the Rwandan leader described their mission as “critical” and “costly” but denied receiving any financial support from the French government or Total.

“(As for) others having invited us or paying for us, I wish that was the case,” he said with something approaching a half-smile. 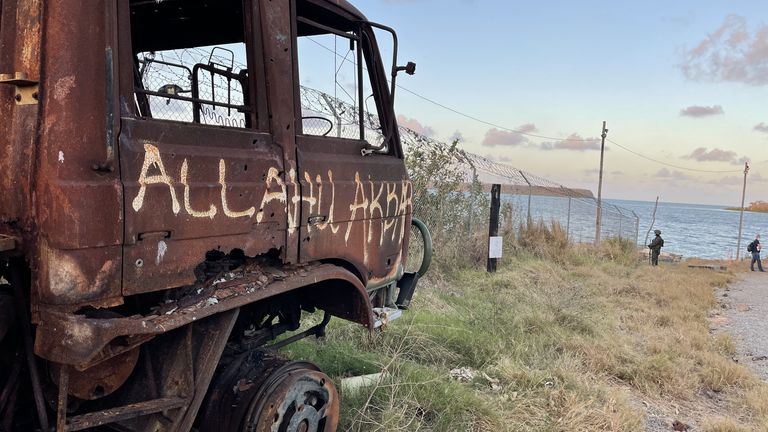 Yet many here worry about what will happen when the Rwandans do decide to leave for there is little confidence in Mozambique’s poorly trained and ill-equipped military.

“What’s your exit plan, how long do you plan to be (here) because you can’t stay forever, you said it was a costly operation?” I asked President Kagame. 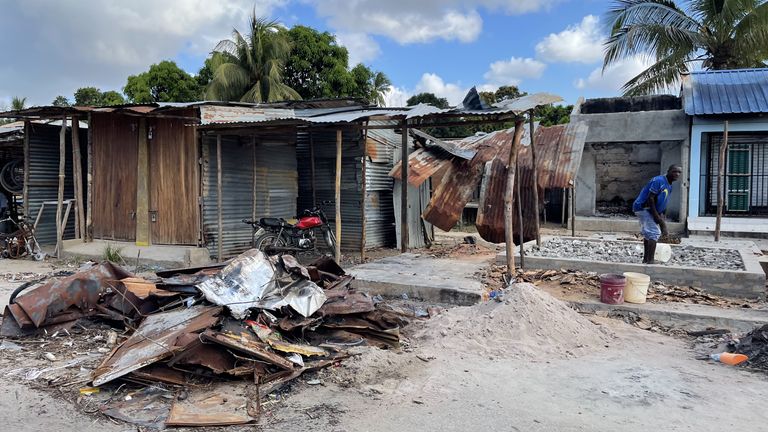 “That comes out naturally as progress is made, (as) we change things we are doing and through that we are very free and flexible to deal with matter,” he replied.

The Rwandan leader here, offering an open-ended commitment to the people of Mozambique at a time when other nations, like the US and the UK, are running away from these thorny, extra-territorial terror threats.

Mr Kagame is no novice, having plenty of experience of warfare at home and abroad. He is credited with ending the Rwandan genocide as head of the Rwandan Patriotic Front – and blamed for fuelling conflict and instability in neighbouring Democratic Republic Congo. 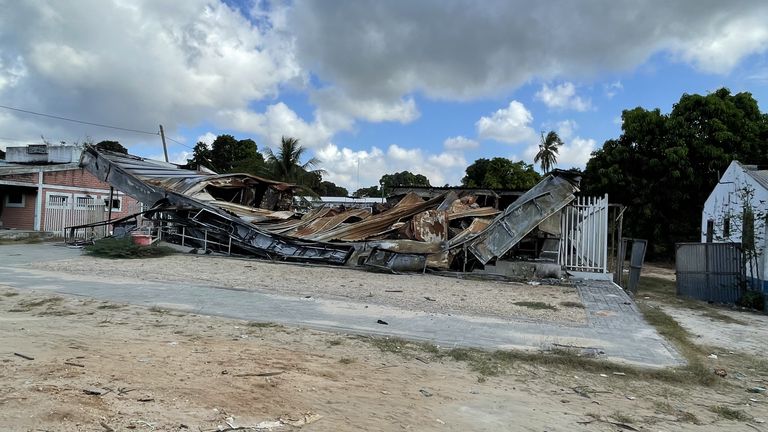 But the threat posed by Islamic insurgents is fast-expanding across Africa and these regional conflicts are exceptionally difficult to put down.

Many wonder whether the Rwandan leader’s confidence is misplaced.