A British teen has been crowned the European Elvis Tribute Artist Champion – years after he did his first impression in a jumpsuit made by his nan.

Emilio Santoro, 19, was introduced to Elvis by his grandparents when he was toddler and he quickly picked up his mannerisms by studying videos of him for hours.

Emilio, of Weston-super-Mare, Somerset, says being named the best Presley impersonator in Europe is a "dream come true".

He told the BBC: "Everyone always says life's too short – follow your dreams, and it couldn't be any more true really.

"To be crowned champion is just amazing. 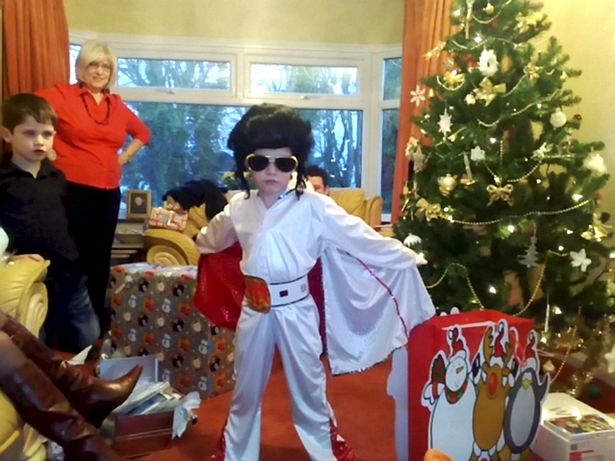 ''I had a jumpsuit that my nan and auntie put together for me and ever since then I've wanted to pursue this as a career.

"All of the supportive messages on social media have been so humbling."

Emilio performed as Elvis in school talent shows and competed in his first European competition at aged 14, he admitted he was “shaking like a leaf”.

He then expanded his reach rapidly, with performances in his hometown followed by shows in Germany, America and Canada as well as a UK tour in November.

He added: "It's only just started sinking in now. I had a dream since I was a young age that I wanted to be on the stage.

"At first I was nervous to pursue that dream but luckily I have a family behind me and since then I've never looked back." While Emilio loves to sing, neither of his parents have had a background in music with mum, Emma Santoro, working as a business manager for a food catering company and her husband Joe is a self-employed builder.

Emma said she was "an emotional wreck" watching her son in the competition but he "blew us away".

"We've watched him, we've helped coach him, we've seen the hours of work that he puts in, so to see him finally get recognition is just amazing," she said.

"His grandparents were initially surprised that Emilio had latched onto Elvis at such a young age, which amused them but they love it and have always encouraged him.

"I’m a huge Elvis fan so it gave me great pleasure in seeing him love everything Elvis.

"I’m so proud that he has stayed true to himself and didn't follow the crowd and has actually made his friends aware of Elvis."

After watching with his grandparents, Emilio first became interested in the legendary rocker because of his iconic look and the way he performed on stage. After many hours of close study, Emilio has nailed his impression.

He prefers singing less well-known ballads and gospel music of Elvis that the fans love.