The world’s second-most populous nation is already struggling in the face of the coronavirus pandemic, with almost 9.7million confirmed cases – and now the emergence of the unidentified disease adding an extra layer of complication in the southern state. Andhra Pradesh has more then 800,000 coronavirus cases – the third-highest number of any Indian state – but doctors believe the new illness is unrelated to COVID-19.

Baffled health officials are trying to establish its cause, with symptoms including nausea, fits and unconsciousness.

The disease swept through the town of Eluru at the weekend, putting 227 people in hospital, of whom 157 have yet to be discharged. One person has died so far. 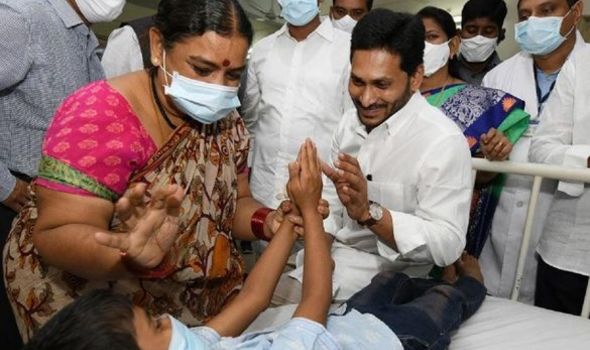 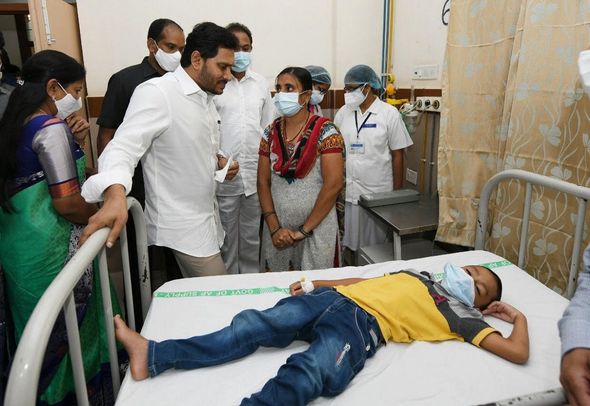 “Some of them fainted or suffered bouts of seizures.” 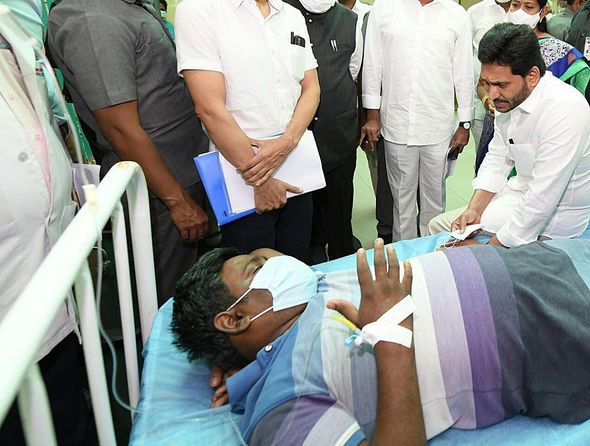 Mr Reddy was also pictured visiting the town to meet patients and their families.

Mr Srinivas said blood tests had not revealed any evidence of viral infection, and sought to deny any environmental factors.

He added: “We ruled out water contamination or air pollution as the cause after officials visited the areas where people fell sick. 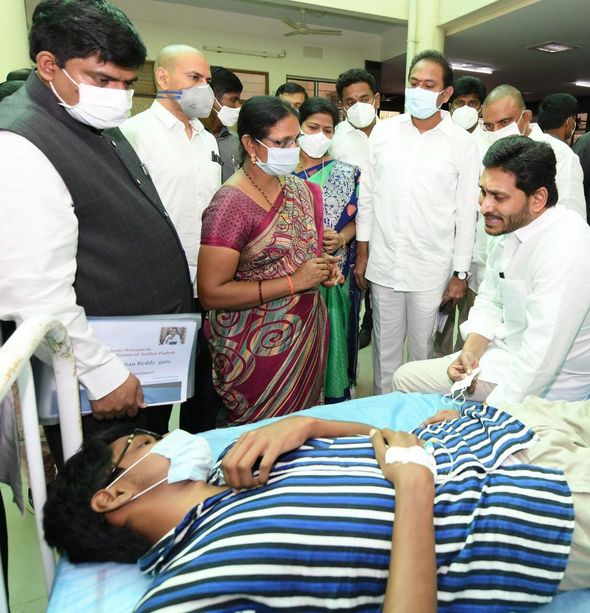 “It is some mystery illness and only lab analysis will reveal what it is.”

Dolla Joshi Roy, the district surveillance officer of Eluru’s West Godavari District, added: “The cause is still unknown but still we are doing all kinds of testing, including testing food and milk.”

Despite Mr Srinivas’ remarks, authorities are in the process of testing water samples in Eluru for contamination, after it emerged all those affected received their water from the same source. 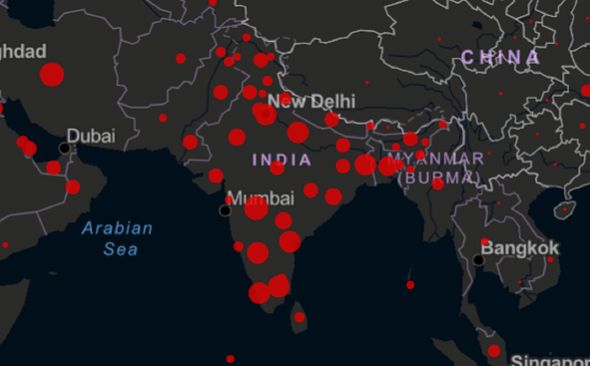 Samples have been collected from a total of 57,863 households and sent for analysis.

The opposition Telugu Desam Party has disputed Mr Srinivas’ interpretation, demanding an inquiry and claiming contamination was the cause. 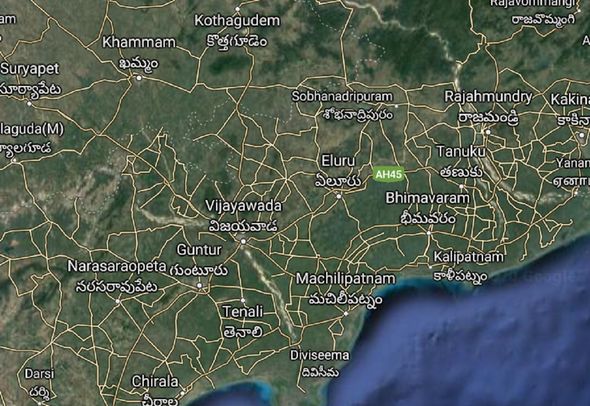 “I demand an impartial, full-fledged inquiry into the incident. Floods, cyclone or healthcare, the YSRCP Govt has been caught napping in emergency situations.

“Can there be a more unfortunate & bigger failure than this? The Eluru water contamination incident calls for a declaration of Health Emergency in Andhra Pradesh. Enough.

“The #Eluru incident is just the tip of an iceberg. The Govt’s negligence & the deterioration of healthcare services across AP stands exposed today.

“It’s a shame for any Govt if it can’t provide basic necessities like safe & clean drinking water to our people.”