(Reuters) – Thousands of students boycotted the start of the school year in Belarus on Tuesday and signs of a possible rift appeared in an opposition alliance that has led weeks of rallies and protests against veteran President Alexander Lukashenko. 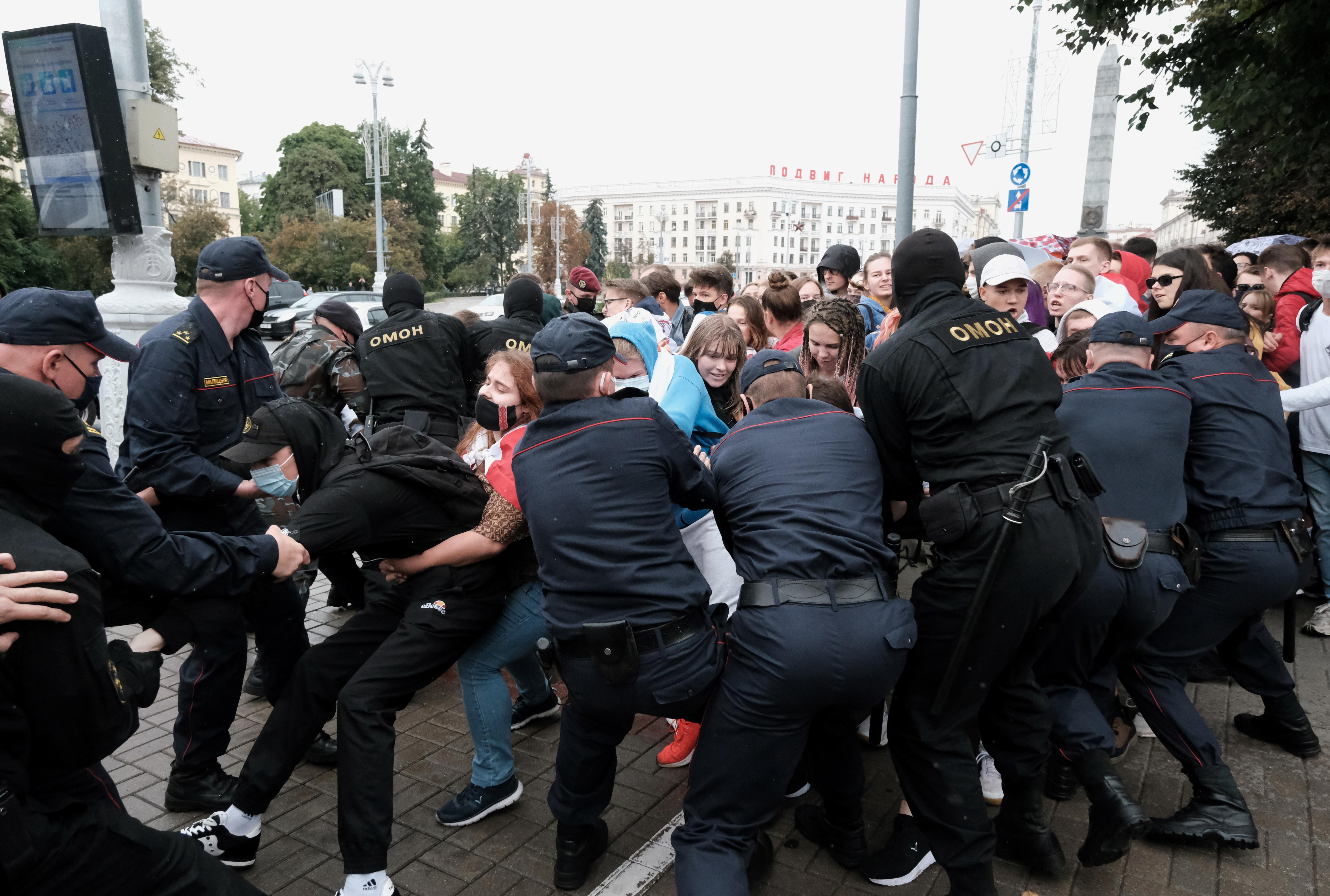 Lukashenko faces the biggest challenge of his 26-year rule since claiming victory in an election last month that opponents say was rigged. Lukashenko denies electoral fraud and shows no sign of backing down despite the threat of Western sanctions.

In a rare public reproach, his main challenger, Sviatlana Tsikhanouskaya, issued a statement criticizing the strategy of another opposition group with which she formed an alliance during the election campaign.

Tsikhanouskaya fled into exile two days after the Aug. 9 election. From her new base in Lithuania, she declared herself the rightful winner and launched an opposition council with the stated aim of ensuring a peaceful transfer of power.

Tsikhanouskaya said on Tuesday the council “should not be dominated by any political party”, after opposition leader Maria Kolesnikova and the team of jailed presidential candidate Viktor Babariko announced the creation of a party called ‘Together’.

She also said the declared aim of Babariko and Kolesnikova’s camp to enact constitutional reform was a distraction from the main goal of removing Lukashenko and holding new elections.

Kolesnikova’s camp issued a conciliatory statement in response, saying it did not wish to disrupt the work of the council, and that it backed Tsikhanouskaya’s call for new elections and her electoral program.

“Not a single Belarusian doubts Sviatlana Tsikhanouskaya’s victory, and that her victory was stolen,” it said.

‘EVENTFUL SUMMER IS OVER’

Many state-run schools were used as polling stations and teachers helped count ballots in the election, which the election commission said Lukashenko won with an 80% vote share to secure a sixth term.

Answering a call from Tsikhanouskaya, students waving opposition flags staged marches and collected signatures outside several colleges in Minsk calling for Lukashenko to step down.

Video footage showed students, some wearing rucksacks, being dragged away from a crowd and detained by masked security forces.

There were also new protests at two of the large industrial plants that underpin Lukashenko’s Soviet-style economic model, the Minsk Wheel Tractor Plant and the Minsk Tractor Works, local media reported. Workers at the Belarus Hi-Tech Park on the outskirts of Minsk also joined Tuesday’s protest.

Lukashenko sought to draw a line under the demonstrations against his rule as he visited a vocational training college in Baranovichi in southwestern Belarus.

“The president emphasized that the eventful summer is over,” the official Belta news agency said.

“It is time to channel energy into the creative direction,” it quoted him as saying.

Lukashenko has described the protesters as “rats” backed from abroad. On Monday, a third member of the opposition council was detained.

Lithuania, Latvia and Estonia imposed travel bans on Lukashenko and 29 other Belarusian officials on Monday.

The European Union has been working on a list of individuals to target with sanctions but is expected to exclude Lukashenko. Western countries are wary of provoking an intervention by Russia.

Lukashenko has threatened to cut off European transit routes across his country in retaliation against any sanctions.

Belarus is Russia’s closest ally among former Soviet states, and its territory is integral to Moscow’s European defense strategy. Lukashenko has sometimes proved a prickly ally, but Moscow has signaled its willingness to prop up his government.

President Vladimir Putin has invited Lukashenko to Moscow and the two countries are discussing the refinancing of Belarusian debt, Interfax news agency reported.