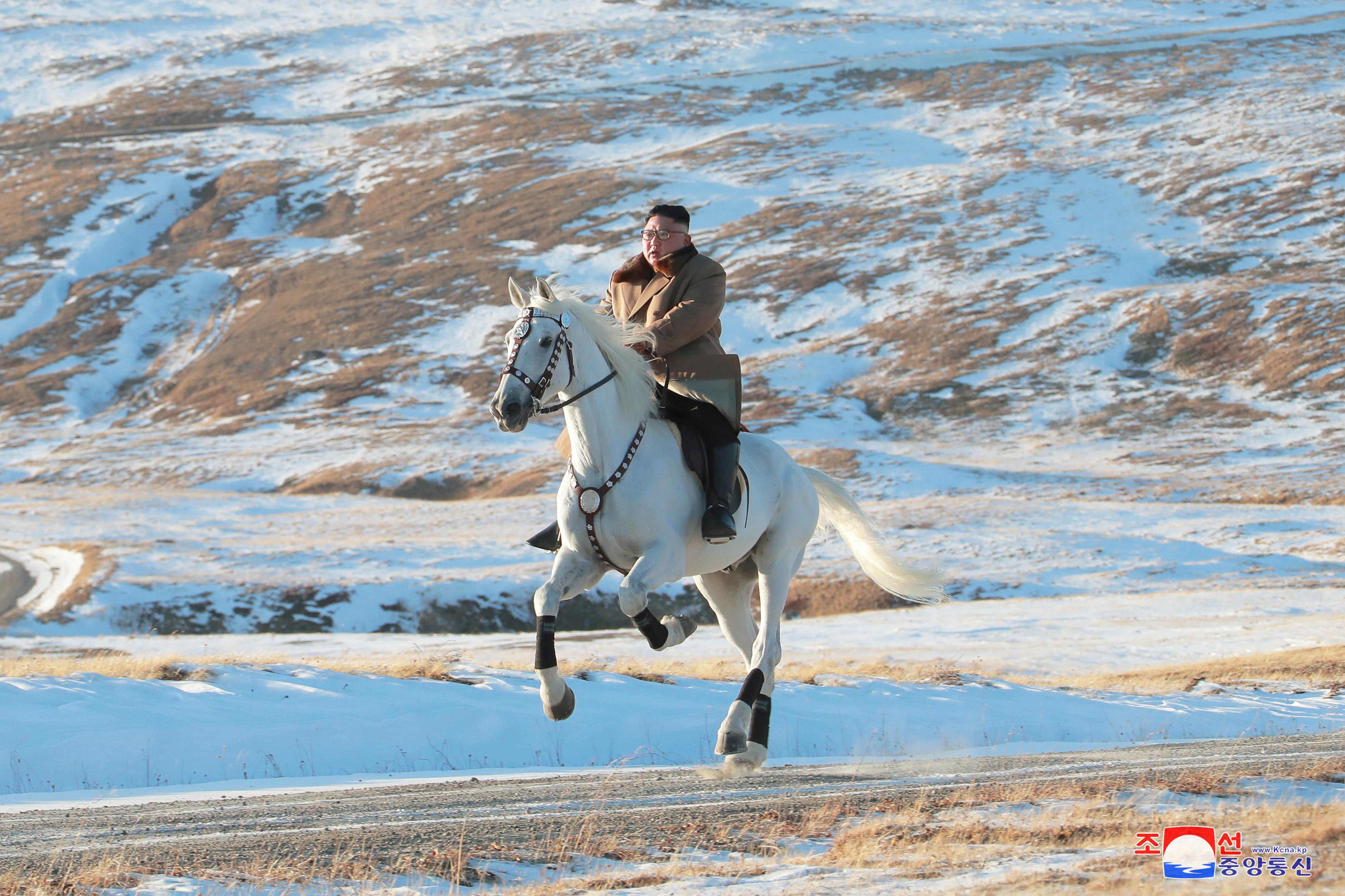 MOSCOW/SEOUL (Reuters) – North Korea, whose leader Kim Jong Un was filmed riding through the snow on a white stallion last year, has spent tens of thousands of dollars on 12 purebred horses from Russia, according to Russian customs data.

State media heralded the jaunts as important displays of strength in the face of international pressure and the photos of Kim astride a galloping white steed were seen around the world.

North Korea has a long history of buying pricey horses from Russia and customs data first reported by Seoul-based NK News suggests that North Korea may have bolstered its herd in October.

According to customs data reviewed by Reuters, Russia exported 12 horses worth a total of $75,509 to North Korea last year.

The imagery of Kim astride a white stallion was designed to instill confidence in North Koreans that they have a man of strength and destiny holding the reins of power, analysts said.

The horse purchases also came as North Korea is under strict international sanctions imposed over its nuclear weapons and ballistic missile programers.