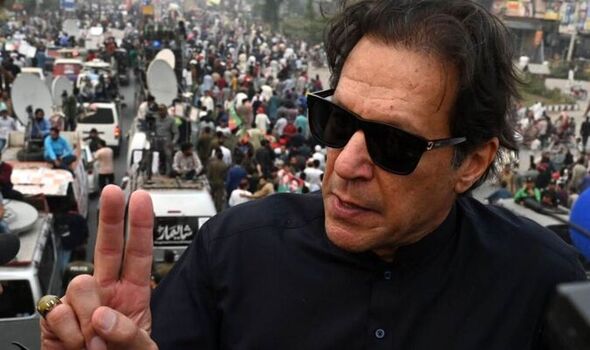 The former Pakistani prime minister is recovering from surgery after being shot during the ordeal at Wazirabad on November 3.

Mr Khan, 70, said: “When the shooter fired, there was a man standing on the street next to him and this young supporter, he put his hand on the gun and so, rather than hitting my chest, the bullets hit my legs. My legs collapsed, a second round of bullets flew over my head.

“It was a straightforward assassination attempt.”

Mr Khan implied that the actions of the bystander who intervened may have saved him. But he was clear there was a second gunman involved, contradicting police reports.