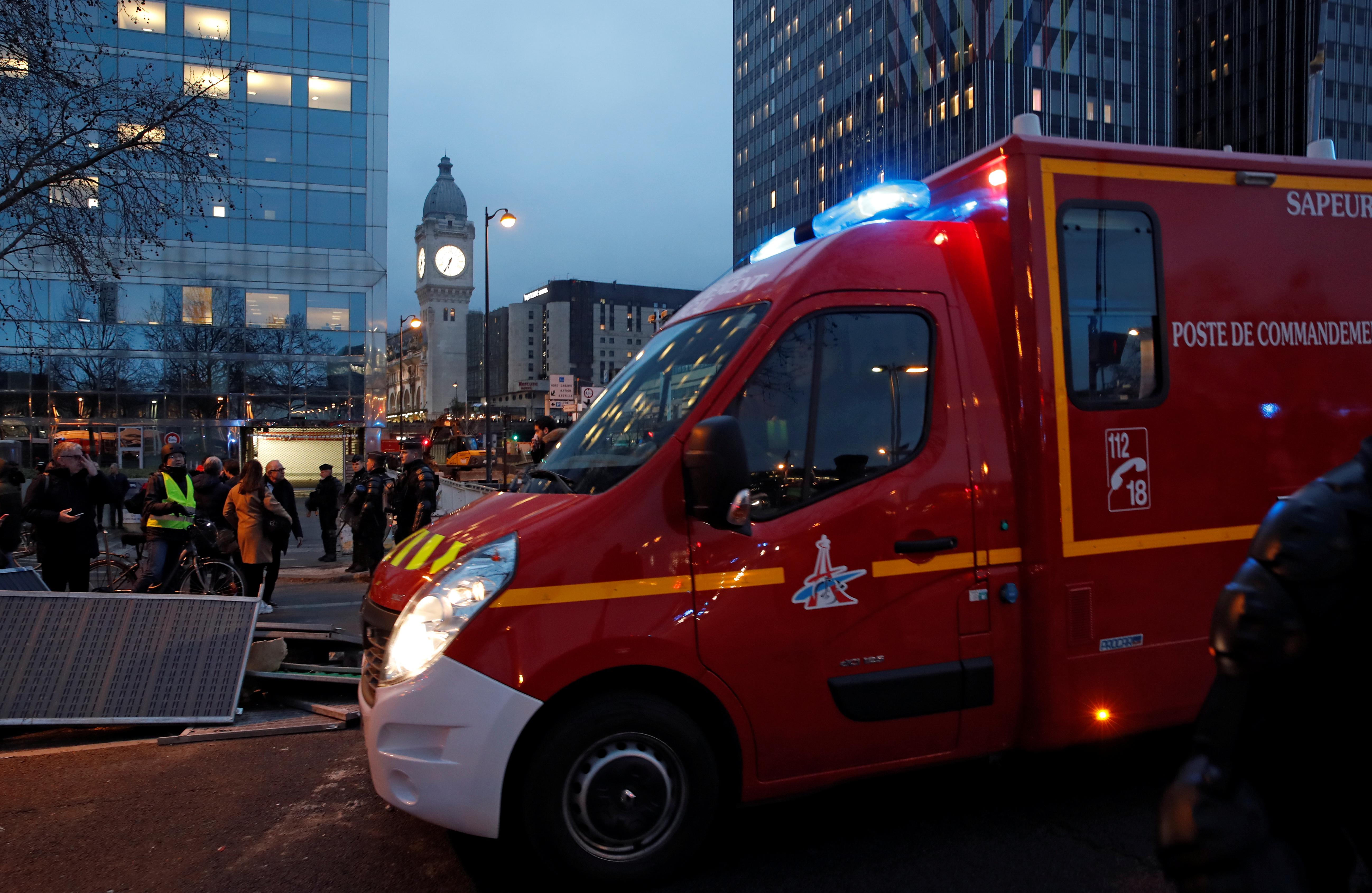 PARIS (Reuters) – French police evacuated the Gare de Lyon railway station in Paris on Friday after a major fire broke out on a street next to the station.

Clouds of black smoke billowed over the station and a row of parked scooters and motorcycles was burning.

At 1730 GMT the police prefecture said on its Twitter feed that the fire was under control and asked people to stay away from the area.

BFM Television reported that the fire had been started on the sidelines of a concert by Congolese singer Fally Ipupa in the area.