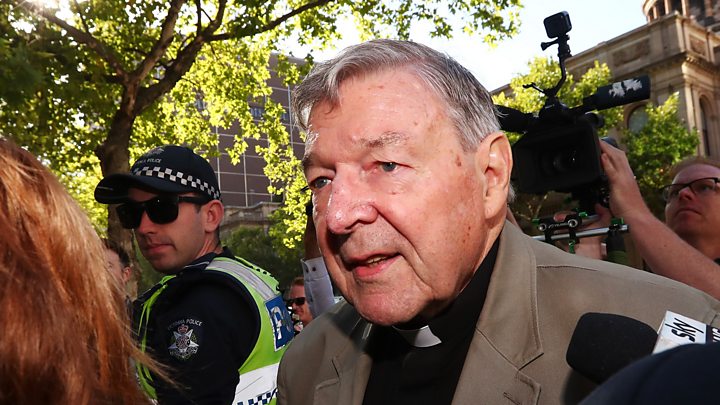 Cardinal George Pell has said he “holds no ill will” towards his accuser after Australia’s highest court overturned his conviction for child sexual abuse.

The former Vatican treasurer, 78, was the most senior Catholic figure ever jailed for such crimes.

But the High Court of Australia quashed that verdict on Tuesday, bringing an immediate end to Cardinal Pell’s six-year jail sentence.

The Vatican said it welcomed the decision, adding that it was committed to preventing and pursuing all cases of abuse against minors.

Cardinal Bell has maintained his innocence since he was charged by police in June 2017.

His case rocked the Catholic Church, where he had been one of the Pope’s most senior advisers.

“I do not want my acquittal to add to the hurt and bitterness so many feel,” he said in a statement.

“However, my trial was not a referendum on the Catholic Church; nor a referendum on how Church authorities in Australia dealt with the crime of paedophilia in the Church.”

Why was Cardinal Pell jailed?

In December 2018, a jury found him guilty of sexually abusing two 13-year-old choir boys in St Patrick’s Cathedral in the mid-90s – when the cleric was Archbishop of Melbourne.

Cardinal Pell appealed against the verdict last year, but judges in another court upheld the decision by a 2-1 majority.

His conviction was based on the testimony of a man alleged to be the sole surviving victim. Dozens of other witnesses provided alibis and other evidence.

In his appeal to the High Court, the cleric argued that the jury’s verdict had relied too heavily on evidence from the surviving victim. His lawyers didn’t try to discredit that testimony, but argued that other evidence had not been properly considered.

The court’s seven judges ruled unanimously in Cardinal Pell’s favour, and said in their verdict that other testimonies had introduced “a reasonable possibility that the offending had not taken place”.

Cardinal Pell has since been released from jail – 400 days into his initial six-year sentence – and cannot be retried on the charges.