TENERIFE, Spain (Reuters) – At first glance, the hotel looks like any other. It bustles with holidaymakers choosing their food and drink from the buffet while others bag sunloungers by the pool.

Only the protective masks give a glimpse of how unreal life has already become for the 700-plus guests in Tenerife’s H10 Costa Adeje Palace Hotel on the third day of its lockdown after four cases of coronavirus were detected there.

“Everything is quite surreal, 95% of the situation remains normal here but we feel encapsulated,” one of the guests, Christopher Betts, from Leicestershire in central England, told Reuters by telephone as he sat by the pool.

“We kill the time by walking around, reading a bit, sitting by the pool … Everything is open but the bar,” he said, praising hotel staff for their hard work.

Regional authorities on the Spanish island said on Wednesday guests would have to stay in the hotel for 14 days to avoid any risk of spreading the disease – their experiences of adjusting to confinement similar to those who spent two weeks in quarantine on the Diamond Princess cruiseliner off Yokohama, near Tokyo.

Just like for some of those passengers, the view from balcony has become their window on the world.

A video from inside the hotel showed guests sunbathing by one of the swimming pools and others serving themselves at a restaurant buffet. Some, but not all, wore protective masks, lowering them while eating.

Others used the hotel exercise bikes as they awaited news of what happens next.

Hugh Elliot, the British Ambassador to Spain, said in a video statement a total of 168 Britons were in the hotel and the embassy had contacted most of them “to answer questions and respond to concerns”, while working closely with the authorities and hotel management.

“We advise British nationals affected to follow the advice of the local authorities,” he said.

The hotel has said in a statement it was cooperating with authorities and did not respond to any requests for comment, including questions on who would ultimately pay for the forced extended vacation.

Most shops nearby shut, as the guests who make up the bulk of their customers were unable to leave the hotel to visit.

Carlota, a volunteer nurse about to enter the hotel, told Reuters: “What we are really afraid of is that other people could be infected. Supposedly in healthy people it is not a deadly virus. We should not have any problem”. 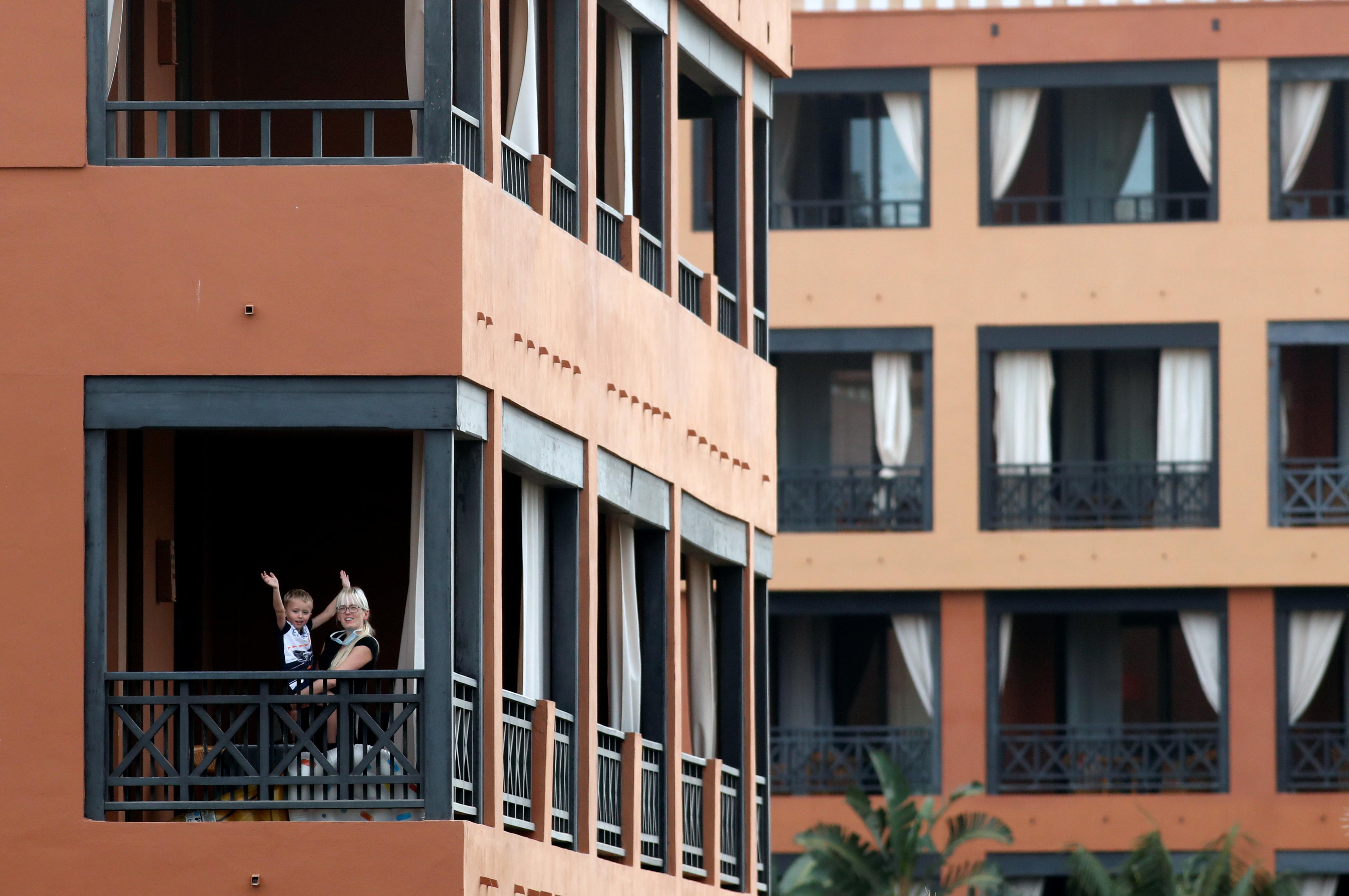 The coronavirus can spread via droplets in the air when an infected person coughs, sneezes or breathes out, and these can also contaminate surfaces such as door handles and railings.

Experts have said guests should minimize contact with one another and remain in their rooms as much as possible.

Spain’s total number of active coronavirus cases rose to 15 on Thursday from 11, with the bulk of them linked to Italy, hit by the worst outbreak of the disease yet seen in Europe, with 528 cases and 14 deaths. The four infected people in the hotel were all Italians.