Portugal, which traditionally takes in large amounts of rubbish from other countries including the UK because of its low waste management fees, has suspended imports to protect its own landfill capacity.

The COVID-19 crisis has led to more domestic waste being generated and the Portuguese government intends to temporarily ban imports until the end of the year.

Many residents hope that will become permanent as the fight against imported rubbish for domestic landfill gathers pace.

On a hillside in the village of Sobrado in northern Portugal, Marisol Marques looks out over the place she has called home for most of her life. But the vista is now interrupted by a giant landfill site. 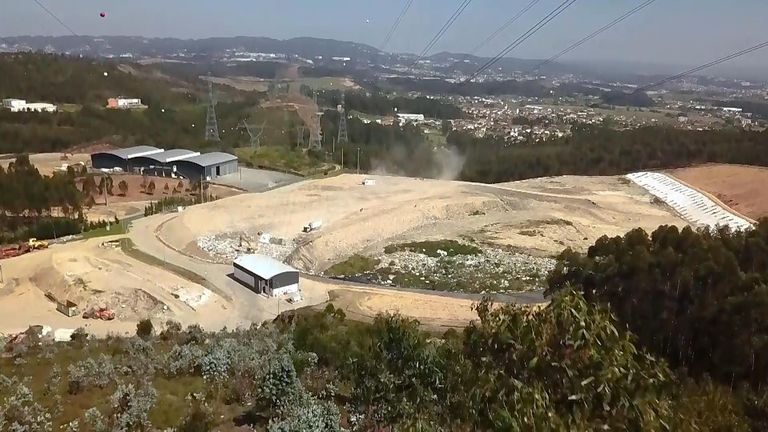 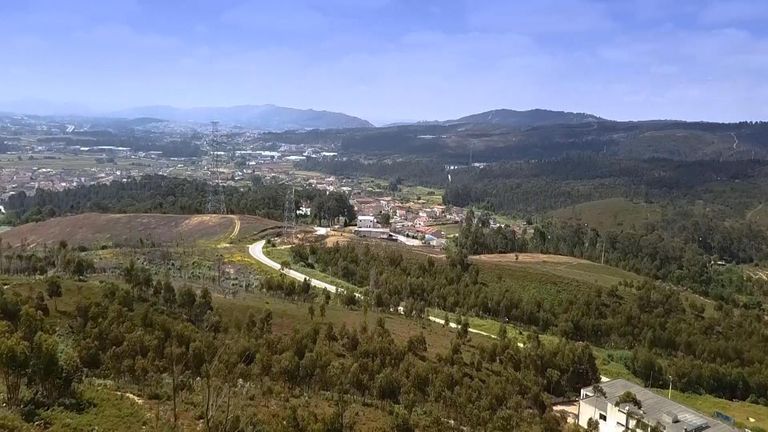 As she watches, lorries dump more rubbish on to the earth. She tells me the situation has now become intolerable.

In the warmer months in particular she says the smell and the insects have blighted everyday life for people. Children don’t play outside and often people have to keep their windows closed.

“I feel a big sadness for being Portuguese and for Portugal as it’s receiving waste from so many countries,” says Ms Marques, who has become a major activist in the fight to get the site closed.

“It feels like we’re on sale. This makes us feel like we’re so small as a country. Portugal is such a beautiful country and has so much to offer. Why are we being recognised as Europe’s dumping ground? That’s really bad.” 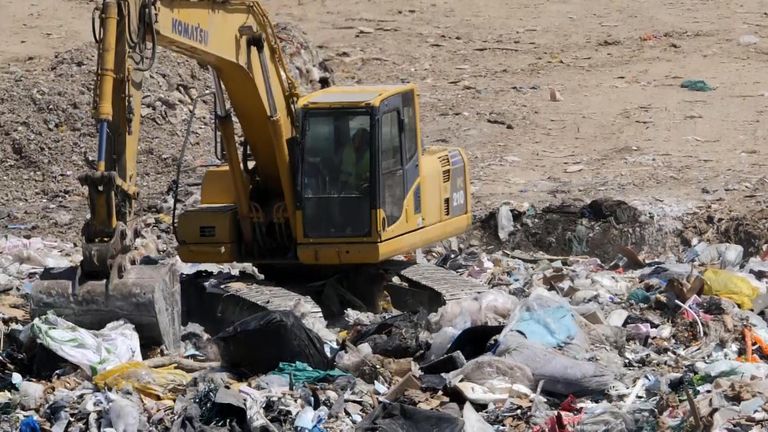 For now, no foreign waste is coming into the country and the residents want it to stay that way.

Everywhere you go in the village you see signs calling for an end to the landfill. The posters say “Sobrado wants to breathe, close the landfill.”

On one street where the signs are pinned to every lamppost I meet Beatriz Lindo.

She was born here and returned to this place she loved after spending years in the UK. But she says the place has changed because of the landfill site. And recent months have made things more worrying. Before the ban on imports, residents were worried about waste coming from Italy – a nation hit particularly hard by COVID-19.

She says: “The way we felt with the trash coming from Italy is that it will be in the air, with the birds, because they take the trash everywhere. They could bring it to us. We don’t have to go and meet the virus, it will meet us. That is the problem.” 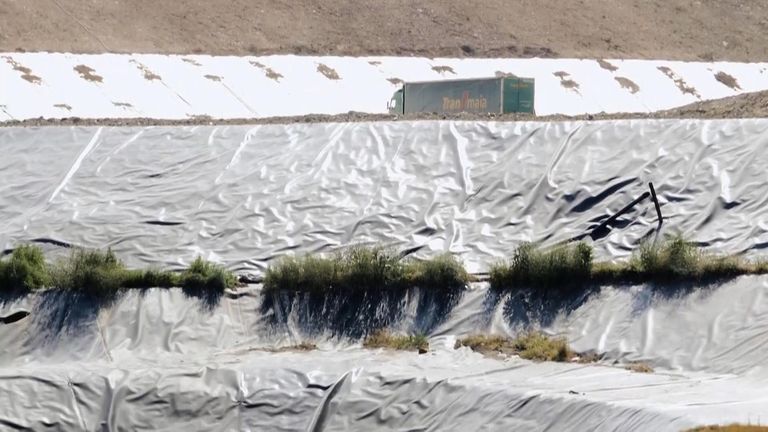 What is a local issue in Sobrado here has become a topic of national debate in Portugal, which according to the latest figures imported over 220,000 tonnes of non-hazardous waste in 2018.

A third of that waste came from the UK. The attraction of Portugal to other nations has been cost. The low waste management fees means it costs around 11 euros (£9.80) to process a tonne of rubbish compared with the European average of around 80 euros (£72)

The fresh waste being deposited in Sobrado sits on top of compacted rubbish going tens of metres down, and the site is not even half full yet. Close by is a local school where we were told some parents don’t want to send their children because of the smell. 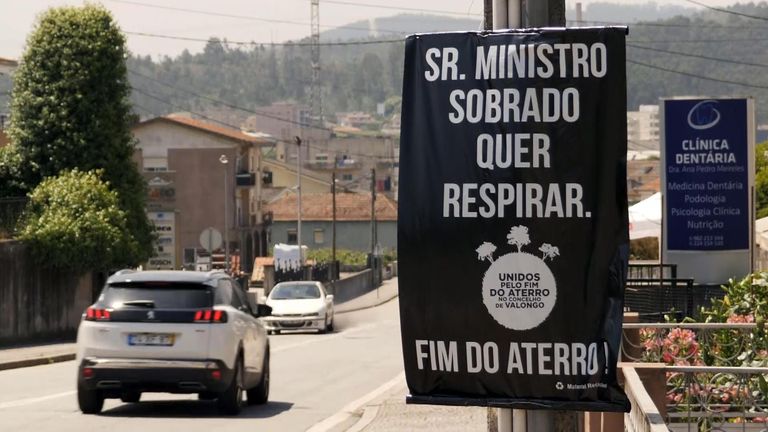 The company which runs the landfill site declined our request for an interview but in an email it denied residents claims about contamination to water sources and asbestos being taken in.

They said they are working to limit the odour from the site and take in waste because other nations don’t have the infrastructure to manage it.

But Jose Manuel Ribeiro, the mayor of the Valongo municipality where Sobrado sits, is passionate in his opposition to a form of disposal he says makes no sense in the 21st century.

He says: “It’s a hole, that’s what we have. It’s a landfill. They are putting waste in a hole. They are not recycling it. So something is wrong. It doesn’t create added value. There is zero added value.”

He intends to push for the current ban on imports to be made permanent unless Portugal finds ways to use foreign waste for other uses. The residents of Sobrado insist they don’t want the rest of the world simply filling their land with waste anymore.