Jordan has banned social media users and all news outlets from publishing anything about the king’s half-brother – who has been accused of plotting to destabilise the country.

It follows Prince Hamza‘s dramatic video message in which he said he was under house arrest and accused Jordan‘s leaders of incompetence and corruption.

On Monday, just two days later, he made an apparent U-turn and pledged allegiance to King Abdullah after mediation by the royal family.

The government has claimed the prince had been conspiring with foreign parties to destabilise the Middle Eastern state – something he has denied. 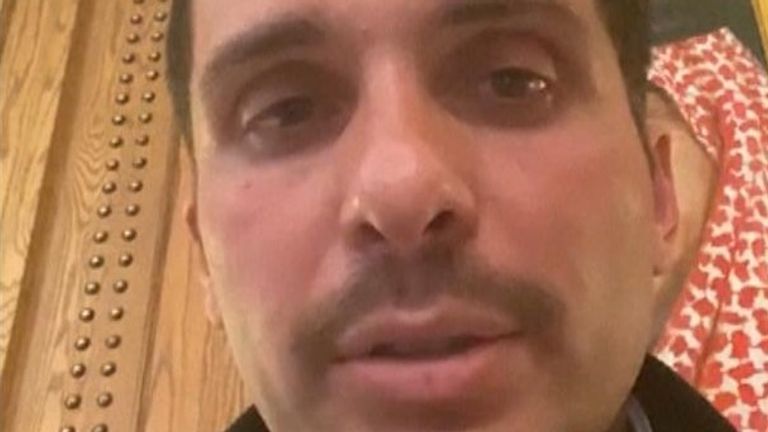 Jordan officials have now banned coverage of the matter.

“To safeguard the secrecy of the investigations being undertaken by the security services in relation to His Highness Prince Hamza bin Hussain and others, Amman’s public prosecutor has decided to ban the publication of everything related to the investigations at this stage,” the state news agency said.

The ban applies to all news outlets and social media.

An audio message by Prince Hamza, 41, was released on Monday in which he said he would disobey military orders not to communicate with the outside world – but hours later came a signed letter of allegiance.

“I place myself in the hands of his majesty the king… I will remain committed to the constitution of the dear Hashemite Kingdom of Jordan,” Hamza said in the letter released by the palace.

It came after mediation with Prince Hassan, the king’s uncle, and other princes, officials added. 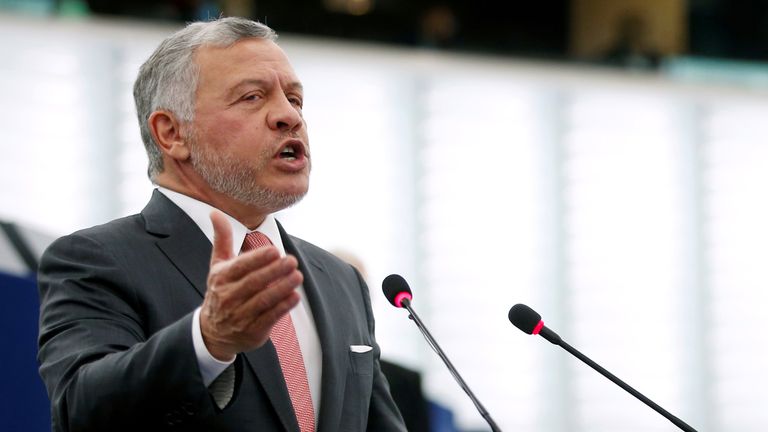 Prince Hamza was once groomed by his mother, Queen Noor, as a future king – and educated privately in the UK and at Harvard University.

But when King Abdullah took power in 2004, he removed him as heir in favour of his own son.

Hamza had in recent weeks attended more tribal gatherings, where there is frustration at the shrinking economy and lack of jobs – and where the government and king have been criticised more openly

Public anger in Jordan – usually seen as one of the most stable Middle East countries – has also increased since nine coronavirus patients died when a new hospital ran out of oxygen.

Officials accused Prince Hamza of trying to upstage the king by going to the victims’ homes to pay condolences after the monarch had earlier gone to the hospital.

More than a dozen others were also arrested after the alleged plot was made public at the weekend, said deputy prime minister Ayman Safadi.

He said Jordanian intelligence had intercepted communications revealing the apparent conspiracy was at “zero hour”.

Queen Noor of Jordan responded in a tweet: “Praying that truth and justice will prevail for all the innocent victims of this wicked slander. God bless and keep them safe.”

Jordan’s king is not believed to be under direct threat as he retains the support of the military and security forces.