There are reports of an explosion in Jebel Ali Port in Dubai, with the Civil Defense team working to extinguish a fire.

The media office for Dubai said in a tweet: “A fire has been reported to have broken out in a container within a ship anchored in Jebel Ali Port. A Dubai Civil Defense team is working to put out the blaze.”

A later update said: “A fire caused by an explosion within a container on board a ship at Jebel Ali Port has been brought under control; no causalities have been reported.” 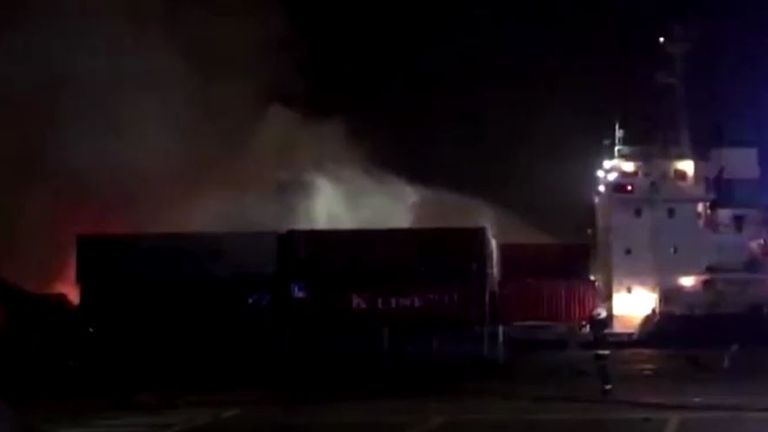 Pictures and videos posted to social media show flames in the port, and there were reports of an explosion.

Speaking to Sky News, Seif Eddine Mouelhi said: “I was sitting in my balcony working on my laptop, when suddenly I heard a double blast and felt a light wind coming to me.

“I was looking to the sky if this was a thunderstorm or an airplane breaking the super sonic wall. 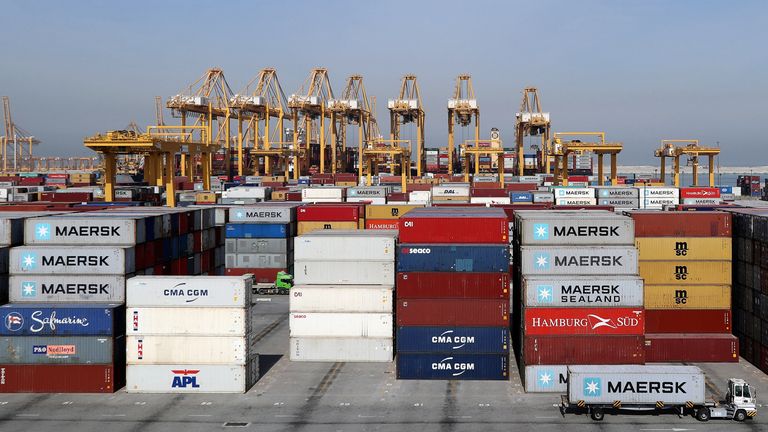 Jebel Ali is the Middle East’s largest transshipment hub, and serves cargo from the Indian subcontinent, Africa and Asia.

DP World, which owns the facility, had no comment when contacted by Reuters.