At least 52 people have died after an explosion in a Siberian coal mine.

The blast was caused by a methane gas leak about 250m (820ft) underground.

Flames and toxic fumes filled the Listvyazhnaya mine in the Kemerovo region, forcing the search for survivors to be abandoned. 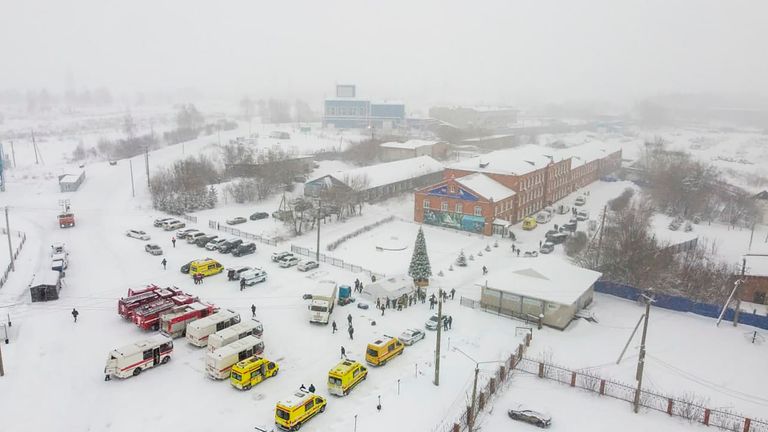 Six of those killed were rescuers, and all 52 died of carbon monoxide poisoning.

A total of 285 people were in the mine at the time of the explosion, and 239 miners were successfully led to the surface.

One of those rescued, Sergey Golubin, said: “Impact. Air. Dust. And then, we smelled gas and just started walking out, as many as we could. We didn’t even realise what happened at first and took some gas in.”

Another miner, Rustam Chebelkov, described the moment he was saved: “I was crawling and then I felt them grabbing me.

“I reached my arms out to them, they couldn’t see me, the visibility was bad. They grabbed me and pulled me out. If not for them, we’d be dead.” 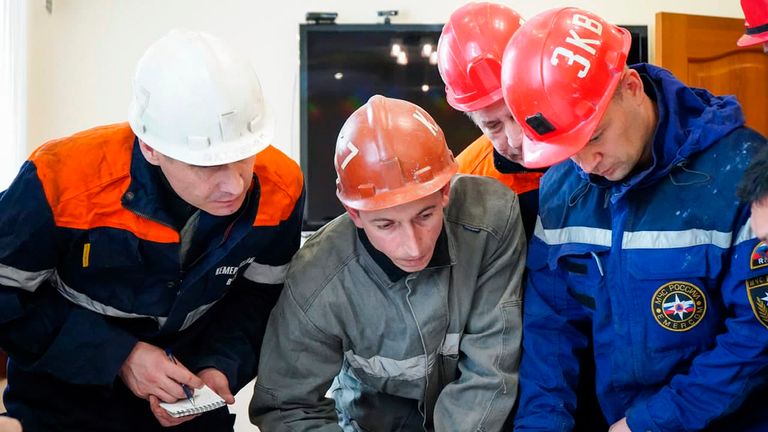 Thursday’s explosion was the deadliest mine accident in Russia since 2010, when two methane explosions and a fire killed 91 people.

A criminal investigation into the blast has been launched – and officials say the mine’s director, along with two senior managers, have been detained.

President Vladimir Putin has offered his condolences to the victims’ families and three days of mourning has been declared in the region.

After 36 miners were killed in 2016, authorities analysed the safety of Russia’s 58 coal mines – and concluded that 34% of them were potentially unsafe.

The Listvyazhnaya mine was not among them at the time, according to local media reports.

However, an inspection of the site by a Russian watchdog in April registered 139 violations, including breaches related to fire safety.