More than half the member states sign statement defending role of international body after ‘unprecedented’ move by US. 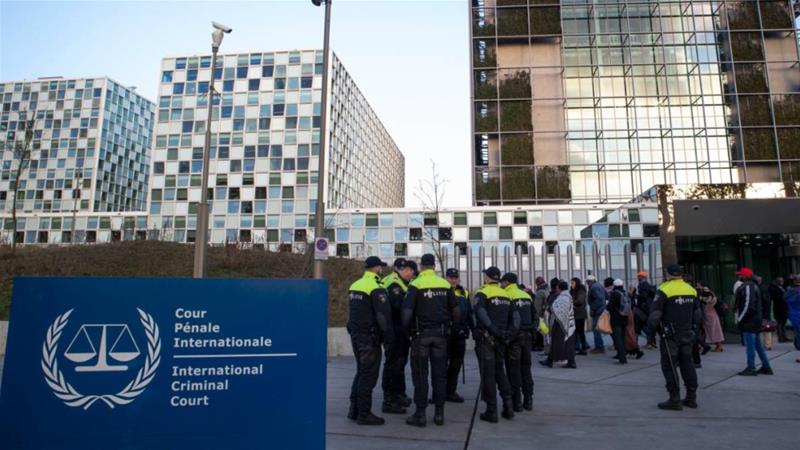 Sixty-seven member states of the International Criminal Court have thrown their support behind the body, after an unprecedented US move to impose sanctions on its staff.

In a joint statement drafted by Costa Rica and Switzerland, more than half of the 123 of the ICC’s members showed their “unwavering support” for the tribunal and the Rome Statute that created it, according to Judge O-Gon Kwon, who is president of the Assembly of States Parties and represents South Korea.

“We reconfirm our unwavering support for the court as an independent and impartial judicial institution,” the statement said. Kwon is a noted jurist best known for being one of the judges in the war crimes trial of Serbian leader Slobodan Milosevic

The Hague-based ICC is an “integral part” of the international judicial order and “a central institution in the fight against impunity”, the statement added.

The signatories include Australia, Canada, the United Kingdom, South Africa and Tunisia.

US President Donald Trump’s administration has said it opposes the ICC because it fears what it calls politically-motivated prosecutions of the US and its ally, Israel. The US does not recognise the court.

Two weeks ago, Trump signed an executive order authorising the blocking of assets and travel restrictions against ICC employees involved in an investigation into alleged war crimes in Afghanistan by US forces.

In announcing Trump’s executive order, Secretary of State Mike Pompeo said: “We cannot, we will not stand by as our people are threatened by a kangaroo court.”

Richard Dicker, international justice director at Human Rights Watch, said the joint statement “sends the crucial message” that ICC member states “have the court’s back” and “will not be cowed in their commitment to seeing justice”.

“This statement is highly significant because ICC member states globally, including key US allies, are speaking up.”

Earlier, Josep Borrell, the European Union’s top diplomat, condemned the US decision as “unacceptable and unprecedented in scope and content”.

“At a time when the rules-based international order is facing increased pressure, the strengthening of the international criminal justice system is more important than ever.”

The ICC was established in 2002 to prosecute war crimes, genocide and crimes against humanity when perpetrators might not otherwise face justice. It is a court of last resort, stepping in only when a state is unable or unwilling to prosecute grave crimes.

Currently, 123 states across the world recognise its jurisdiction.