SIHANOUKVILLE, Cambodia (Reuters) – Health authorities scrambled on Monday to track hundreds of passengers who disembarked from a cruise ship in Cambodia last week after a woman tested positive for coronavirus, heightening fears about the spread of the disease around the world. 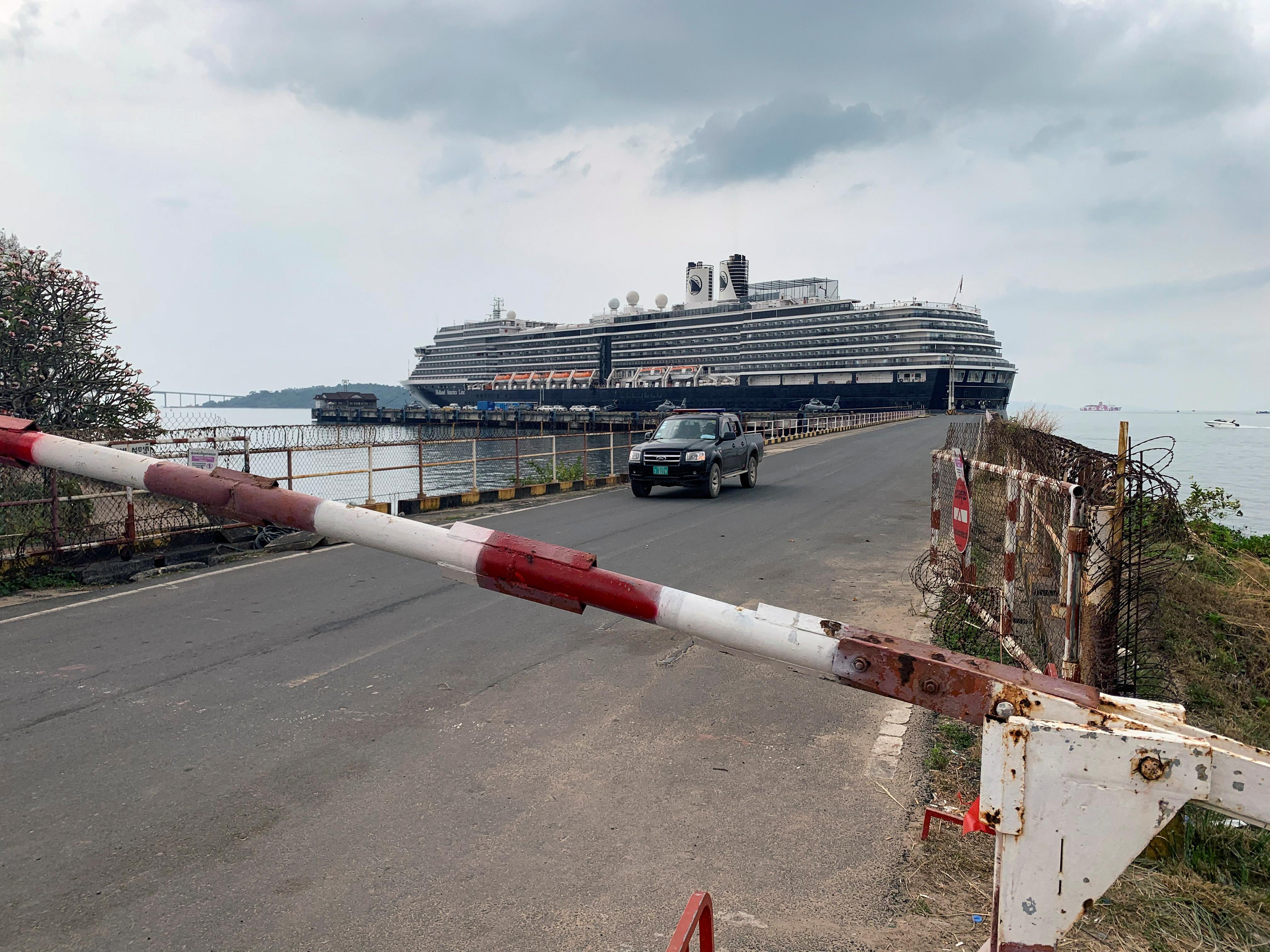 The new case raises questions about how companies and countries should handle monitoring and quarantine for people who may have been exposed to the new virus, since the American woman from the Westerdam cruise ship had passed the usually presumed incubation period of 14 days.

Holland America Line, which is owned by cruise giant Carnival Corp, said it is working with governments and health experts to track passengers.

“Guests who have already returned home will be contacted by their local health department and be provided further information,” the company said in a statement.

Nearly 200 passengers from the Westerdam have returned to their home countries after traveling through Malaysia and Thailand, authorities said, though none of them displayed any symptoms.

Some 1,455 passengers and 802 crew first embarked on the cruise. It spent two weeks at sea after being turned away by Japan, Taiwan, Guam, the Philippines and Thailand even though the ship said there were no coronavirus cases aboard.

In Cambodia, at least 236 passengers and 747 crew remain aboard the vessel off the port city of Sihanoukville, Holland America said.

Several hundred other Westerdam passengers who left the ship are still in hotels in Cambodia and are being tested on Monday for coronavirus, according to passenger Holley Rauen, a public health nurse and midwife from Fort Myers, Florida.

“Everyone is very nervous about results,” Rauen said in a message to Reuters. “Some are grouchy but many still remain positive.”

It was not immediately clear how the American woman contracted the virus, but the positive test in Malaysia came after she had spent more than 14 days on the Westerdam, which departed from Hong Kong on Feb. 1.

Passengers had been cleared to travel by Cambodian authorities when the cruise ship docked on Thursday. The company said passengers were tested regularly on board and Cambodia also tested 20 people once it docked, but not the woman who contracted the virus.

Raina MacIntyre, head of the Biosecurity Research Program at Australia’s University of New South Wales, said it was well known the coronavirus can be infectious even if a patient has no symptoms.

“The Japanese tested over 500 of their first evacuees from Wuhan, whether they were symptomatic or not, and five out of eight positive tests were in asymptomatic people,” MacIntyre said. “So, in a high risk setting, it would be important to check for infection in everyone.”

Holland America said it is working with health officials in Malaysia and Cambodia and experts in the U.S. Centers for Disease Control (CDC) and the World Health Organization (WHO).

Worries about the new virus have mounted even though it is believed to kill only around 1% of people it infects, because of fears that with no natural immunity among the world’s population, it could spread to infect millions if unchecked.

The websites of both the CDC and WHO give an estimated incubation period for the virus of up to 14 days.

Adam Kamradt-Scott, infectious diseases expert at the Centre for International Security Studies at the University of Sydney, said a Chinese study of 1,099 patients indicated the incubation period could be as much as 24 days, but most people exhibited symptoms within three days. 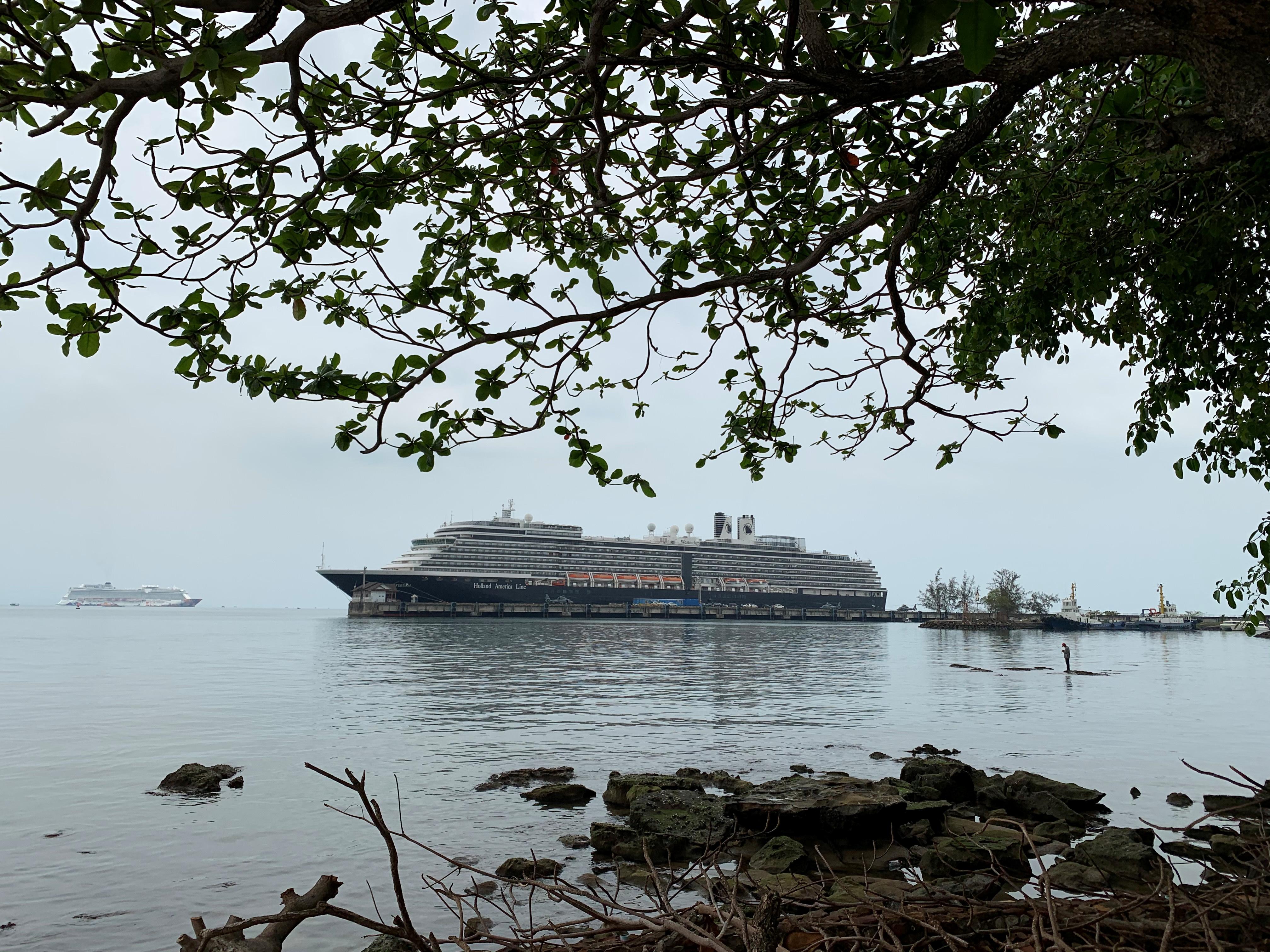 Anyone potentially exposed to the virus should self-isolate and notify health authorities if they start to exhibit symptoms, he said.

“We need people to be willing to come forward and not fear persecution or discrimination, as that will only serve to aid the virus’ spread.”

In Japan, another Carnival cruise ship, the Diamond Princess, has been quarantined since arriving in Yokohama, south of Tokyo, on Feb. 3. As of Sunday, 355 people aboard have tested positive – by far the biggest cluster of cases outside China.