HONG KONG (Reuters) – For 23 years Hong Kong was an anomaly. 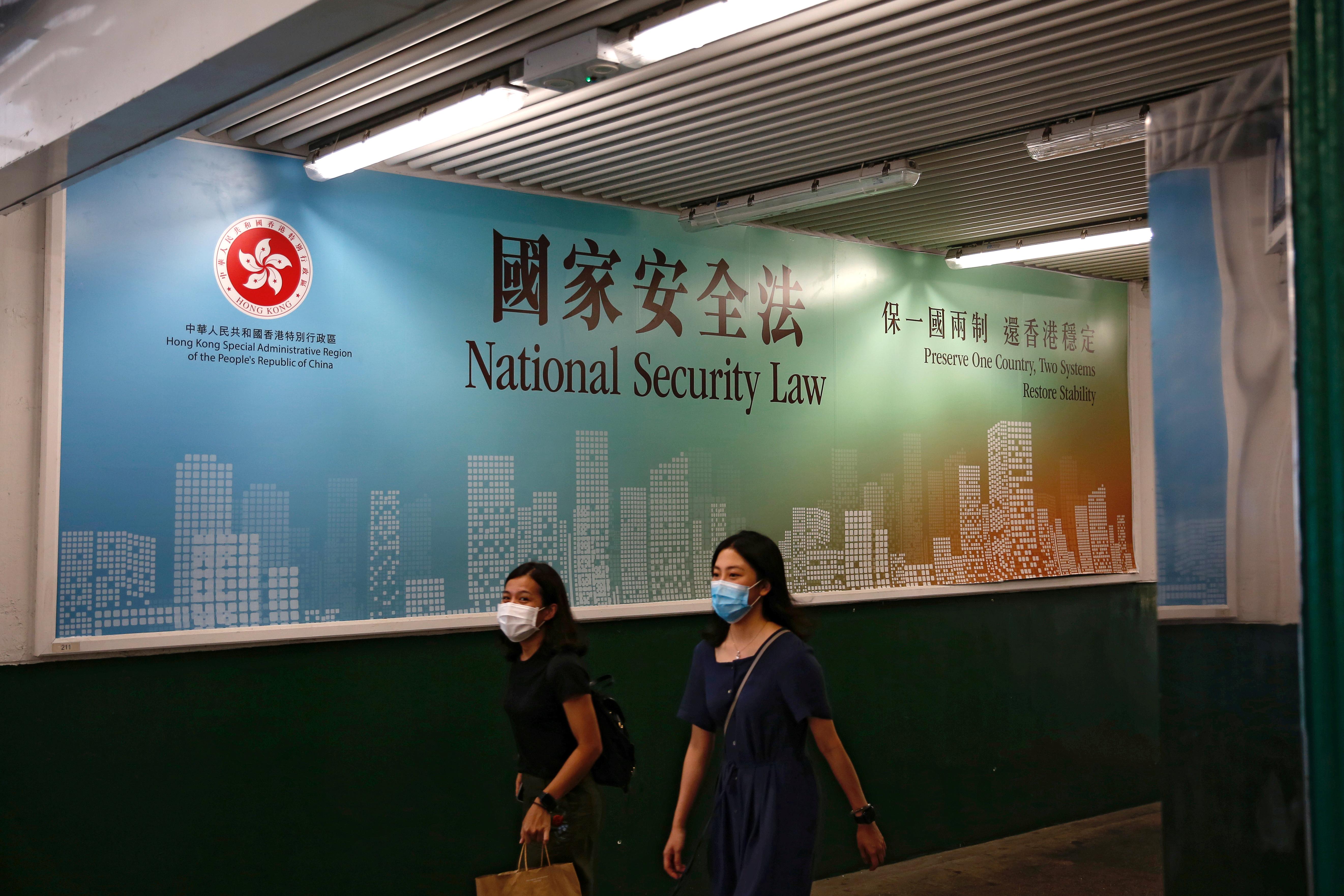 A free and partially democratic city under Chinese rule, protected by a tradition of firm rule of law from the British colonial era, and a promise from Beijing of freedoms for its 7.5 million people that were unthinkable on the mainland.

On June 30, however, China imposed a harsh new paradigm on Hong Kong, marking an end to the liberal pledge, say government, political and diplomatic sources.

The national security legislation imposed by Beijing was a response to last year’s protracted protests, that were preceded by years of smouldering discontent at what many Hong Kong people saw as China’s creeping erosion of the city’s freedoms.

The legislation has been enacted ostensibly to tackle terrorism, collusion with foreign powers, secession and subversion. But its 66 articles carry far deeper implications for Hong Kong.

China’s Hong Kong and Macau Affairs Office said the law would be a “sharp sword” hanging over the heads of a “tiny number of people” endangering national security.

At the same time, the law would be a “guardian” of the rights, freedoms and peaceful lives of the rest of Hong Kong’s people, the office under China’s State Council said.

The legislation has already had a significant impact on the financial hub as the city government responds to it, at times with China’s involvement.

A Hong Kong government source familiar with Beijing’s thinking said the law may have shocked many people but it had spelt out China’s limits on what is tolerable and not: a political reality people must accept.

“It’s no longer the old era,” the government source said.

“The bottom line is much worse than we expected and people are shocked. But in terms of China’s political bottom line, the situation is clearer now. No one has to guess any more.”

The law has brought a chill and the pulling of pro-democracy books from library shelves, disqualifications of democrats from a city election and the arrests of three teenagers for Facebook posts deemed secessionist.

New arms of China’s state security apparatus have been set up, including a National Security Office in a leafy neighbourhood on Hong Kong island.

In a few flare-ups of opposition to the law, protesters have been arrested for once legal banners and for shouting slogans now labelled subversive.

Foreign governments and rights groups describe the law in bleak terms: an assault on Western-style freedoms and a de facto dismantling of the “one country, two systems” formula that has underpinned Hong Kong’s role as one of the world’s financial centres.

China’s Communist Party leaders have a starkly different view at a time of growing tension with the United States, seeing the restoration of order and the snuffing out of foreign meddling in the city as a priority.

The Hong Kong and Macau Affairs Office called the law a “milestone” and a “turning point” for Hong Kong to end chaos.

Some Asian and Western diplomats say they have been surprised by the law’s reach and the speed at which it is changing Hong Kong.

“At a stroke it has shattered all the assumptions governing Hong Kong’s place in the world as essentially a free, open and well-administered city,” said a Western envoy.

“The overreach has been startling and many of us fear this is only the start.”

Another government source who declined to be identified said more of Beijing’s red lines would soon be revealed through its unrelenting “white-knuckle” grip on the city.

Chinese authorities are no longer restricted in their reach and can intervene in city affairs when they wish. The law can circumvent all local laws.

Running parallel with the legislation is a Beijing agenda to instil greater patriotism in Hong Kong and to address longstanding thorns in its side, including the city’s free press, rights groups and the opposition, activists say.

For a timeline of the national security law, click

But there are risks for Beijing.

International pressure has grown, and a few Western countries have offered passports to Hong Kong people, drawing China’s ire and raising the risk of a brain-drain.

Some businesses are recalibrating their perceptions of Hong Kong, partly because of client and data confidentiality concerns given new powers under the law of surveillance, the freezing of assets and demands for information.

Hong Kong’s financial markets have been largely positive though the U.S. withdrawal of Hong Kong’s preferential trading status in response to the law will weigh economically.

The quelling of open dissent and the scrubbing of social media accounts do not mean convictions have changed, some say.

“If I fall back, if I quit, that means the regime wins,” said activist Sunny Cheung.

“This is not just something very intangible or ontological … We should try everything we can to protect the distinctiveness, the identity, the values of Hong Kong.”