FREETOWN (Reuters) – In his poem “Rough Path”, Yousef Kamara reflects on his years selling drugs and stealing as the leader of a street gang in Sierra Leone’s capital, Freetown. 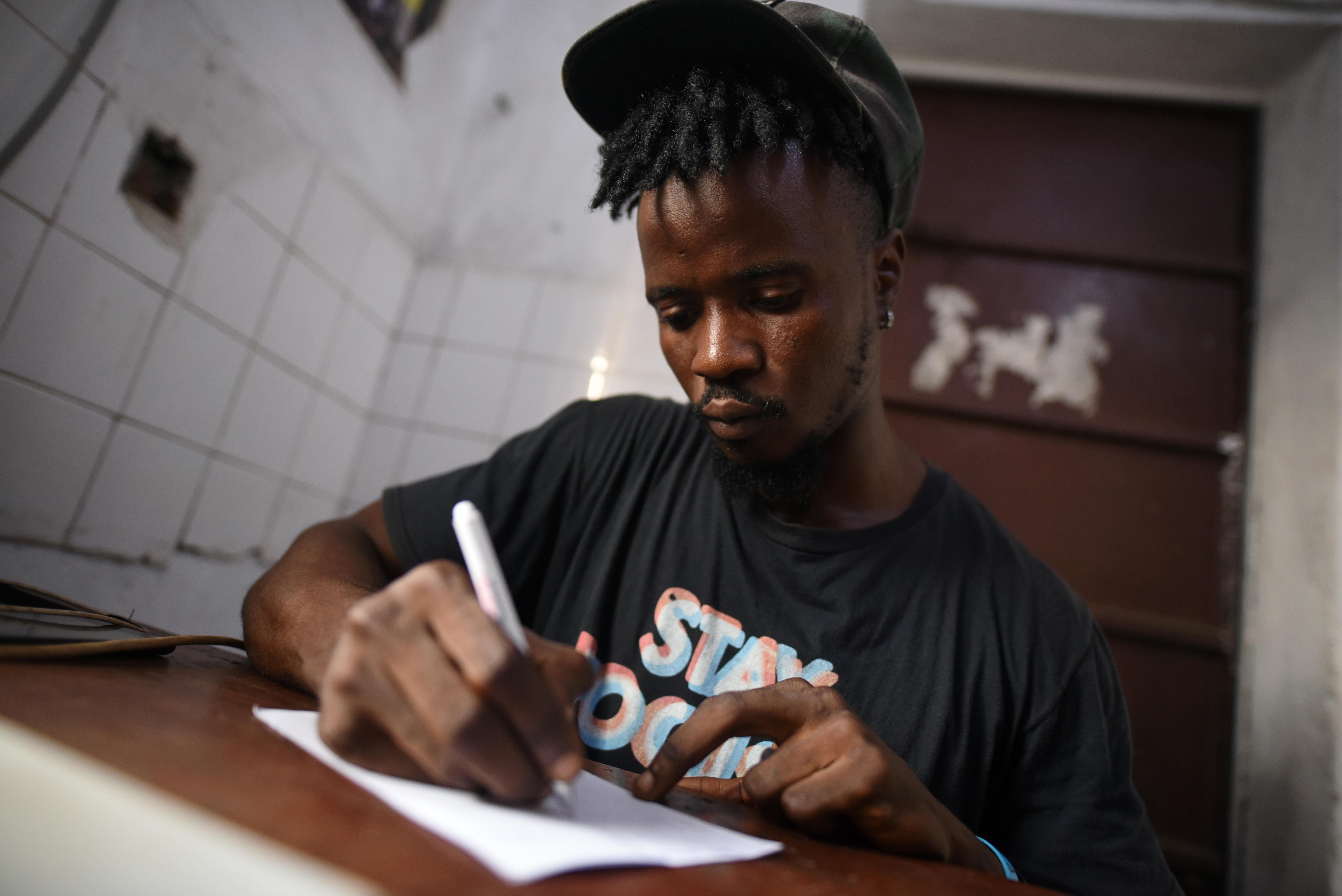 “Like a traveler in a rough jungle/Self propelling all alone/Edging through danger sharper than blades/My rough path is a cracked zone,” he writes.

After quitting the gang three years ago, Kamara now hopes his journey to acclaim as a poet can offer an example to other wayward youths in Freetown, where increasing numbers are joining gangs modeled on the Bloods and Crips of Los Angeles.

Kamara has been published in several international poetry magazines and was invited last year to attend the African Writers Conference in Kenya.

It is a dramatic turnaround for someone who spent the majority of his life leading Giverdam Gaza, a gang of several dozen members he founded as a teenager on Freetown’s Exodus Lane.

“If you were looking for some thugs … to beat somebody up, you’d just rush down Exodus Lane and get the Giverdam boys to do the job,” said Kamara, who stands about six-feet tall with short dreadlocks and large biceps covered in tattoos.

Tired of life on the streets, however, he began looking for an exit and found one through Way Out, a media studio founded by an English filmmaker in 2008 that encourages underprivileged young people to enter the arts.

Kamara decided to try his hand writing poems after seeing some of his friends enroll in a poetry course. He quickly took to it, tapping out verses on his beat-up cell phone.

“You need to give people … something they can take back to their communities and say, ‘I’m not the bad guy you used to know’,” said Gibrilla Kamara, no relation to Yousef, Way Out’s office manager and a former member who spent much of his life homeless.

Kamara said he would like to establish his own organization to help vulnerable young people build self-esteem and shift “from crime to career”.

The challenge is pressing. Across Sierra Leone, dire economic conditions, including runaway unemployment, have led many born after the country’s devastating 1991-2002 civil war to join gangs, researchers say.

Kamara thinks poetry can be a powerful tool in combating that trend by forcing young people to be honest with themselves.

“When writing a poem, if you can be sincere with what you’ve seen, what you feel, what you’ve heard, you’ll never need to fabricate any story,” he said.