PRAGUE (Reuters) – Slovakia’s long-ruling leftist Smer party, facing slipping support before a national election this month, pushed a rise in pension payments through parliament on Tuesday amid criticism from opposition parties looking to unseat it. 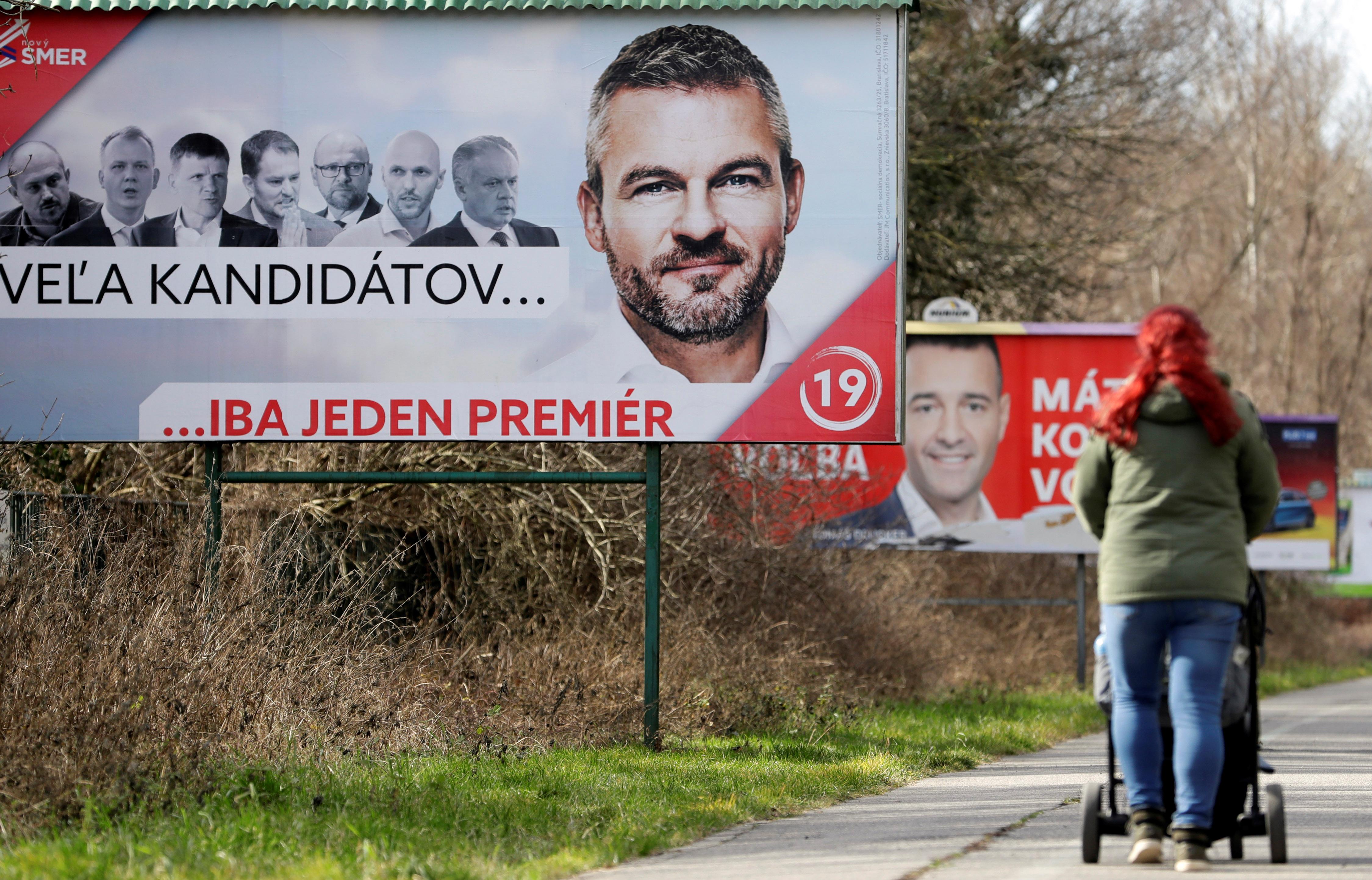 Slovaks vote for a new parliament on Saturday, and final polls showed Smer’s lead shrinking and its coalition partners possibly dropping out of parliament, opening up the opportunity for several opposition parties to form a majority.

Smer, the ruling party for 12 of the last 14 years, has led the country through a period of strong growth in recent years that has helped to improve public finances, although it has pushed off plans to balance the budget.

It has suffered a drop in popularity after an investigative journalist’s murder in 2018 stoked public anger over graft.

Several opposition parties have called Smer’s step a “desperate” attempt “to buy votes” and they criticized Smer’s move to approve the legislation in a shortened procedure.

Smer pushed the bill through parliament helped by one of its two ruling coalition partners, the nationalist SNS, and some opposition lawmakers, including those from the far-right LSNS.

Smer chairman and former Prime Minister Robert Fico said before the vote that Slovakia could afford the new spending.

“I was prime minister for 10 years, (we can manage the extra expenditure) hands down, with such a tax collection, such a growth pace which is planned,” he told reporters.

The government abandoned plans last year to balance the budget and sees the 2020 budget running a deficit of 0.49% of gross domestic product.

Under the bill, the elderly will receive an extra monthly pension at the end of the year, while widows, people on disability payments and others will also receive extra cash.

The parliament may vote on two similar bills on Wednesday. Together, doubling child benefits and cancelling highway toll for passenger cars would cost 360 million euros from 2021.

The independent state Council of Budget Responsibility has warned that all the three bills combined could widen the deficit by 0.5% of GDP in 2020 and by 0.8% in the following years.

The public sector deficit could then widen to 1.79% of GDP this year and past the European Union-mandated 3% ceiling in 2022.