BRATISLAVA – Slovak opposition party Ordinary People (OLANO) took the lead in the EU country’s parliamentary election, an exit poll and partial results showed on Sunday, as voters punished the ruling center-left Smer that has dominated the country’s political life for more than a decade. 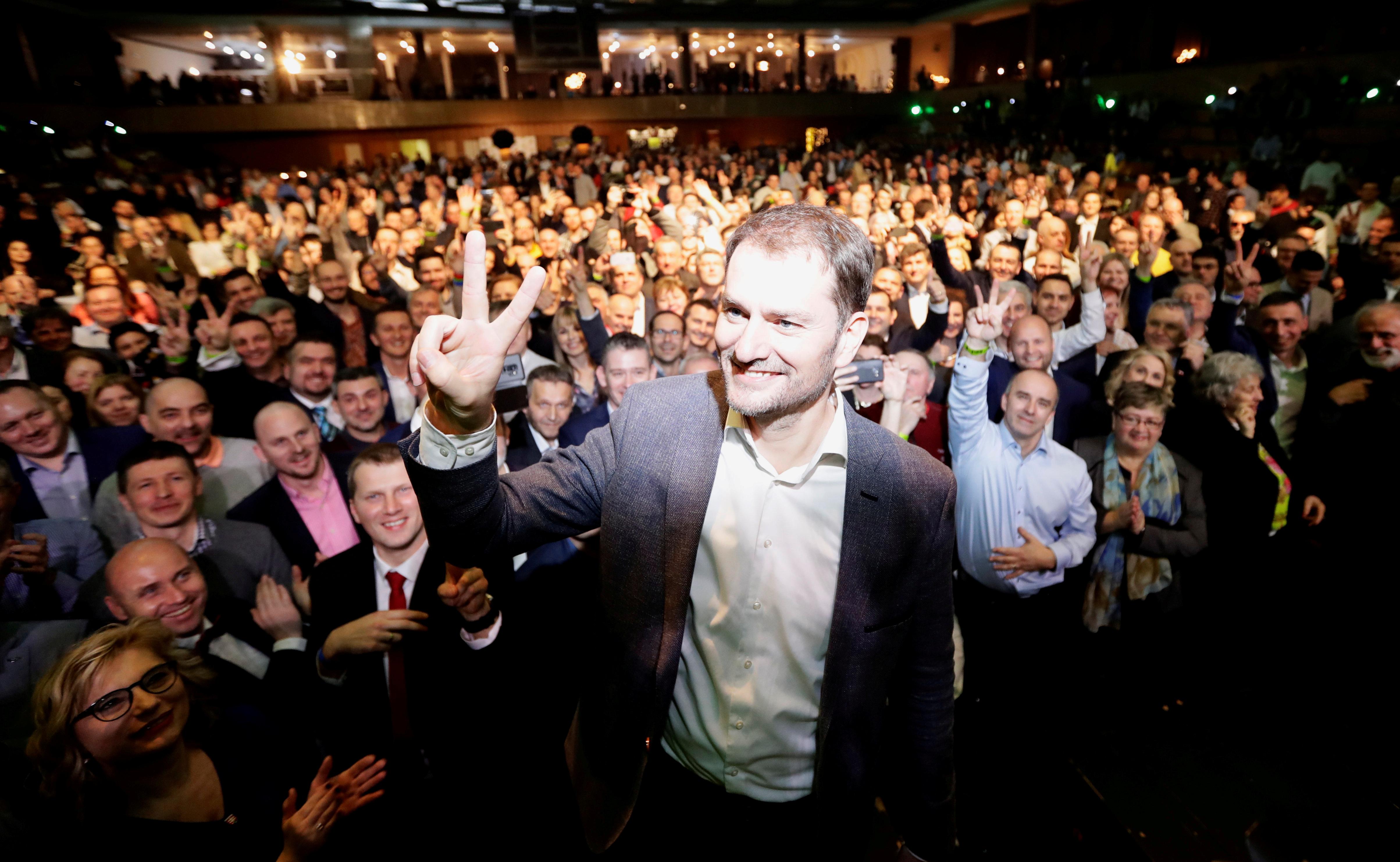 OLANO, a politically amorphous movement focused on fighting corruption, took 23.7% of the vote with a third of districts counted, ahead of Smer with 20.6%.

Support for OLANO surged from less than 6% late last year, concentrating a protest vote against perceptions of high-level graft that were fed by the murder of an investigative journalist and his fiancee two years ago.

An exit poll for TV Markiza showed gains by other liberal and conservative parties would give OLANO a strong position to lead negotiations to form a new center-right government.

The partial results, mainly from rural voting districts where Smer is stronger and the opposition mostly weaker, showed some potential coalition partners so far slightly under the threshold to win seats.

OLANO leader Igor Matovic has pledged to clean up politics, an ambition encapsulated in his party’s slogan: “Let’s Beat the Mafia Together”.

“I hope that the results (exit poll) will prove to be correct also for other democratic opposition parties, and we will be able to form a good government and Slovakia will be able to breathe hope and the law will apply to all, not just the ones with right numbers in their cell phone,” Matovic said after the exit poll was released.

The political shift in the euro zone member state, which has avoided fights with Brussels unlike its central European Visegrad Group neighbors Hungary and Poland, started with the 2018 murder of journalist Jan Kuciak and his fiancee.

An investigation unearthed communications between a businessman now on trial for ordering the hit and politicians and judicial officials. The defendant has denied the charges.

The killing led to the biggest street protests in the post-communist era, forcing Smer leader Robert Fico to resign, though his party’s coalition held on to power.

Matovic, 46, told Reuters last week he wanted to be a conciliatory voice toward the EU within Visegrad. The former owner of regional newspapers and a lawmaker since 2010, Matovic calls himself a social conservative and economic liberal.

In the European Parliament, OLANO is aligned with the center-right European People’s Party. 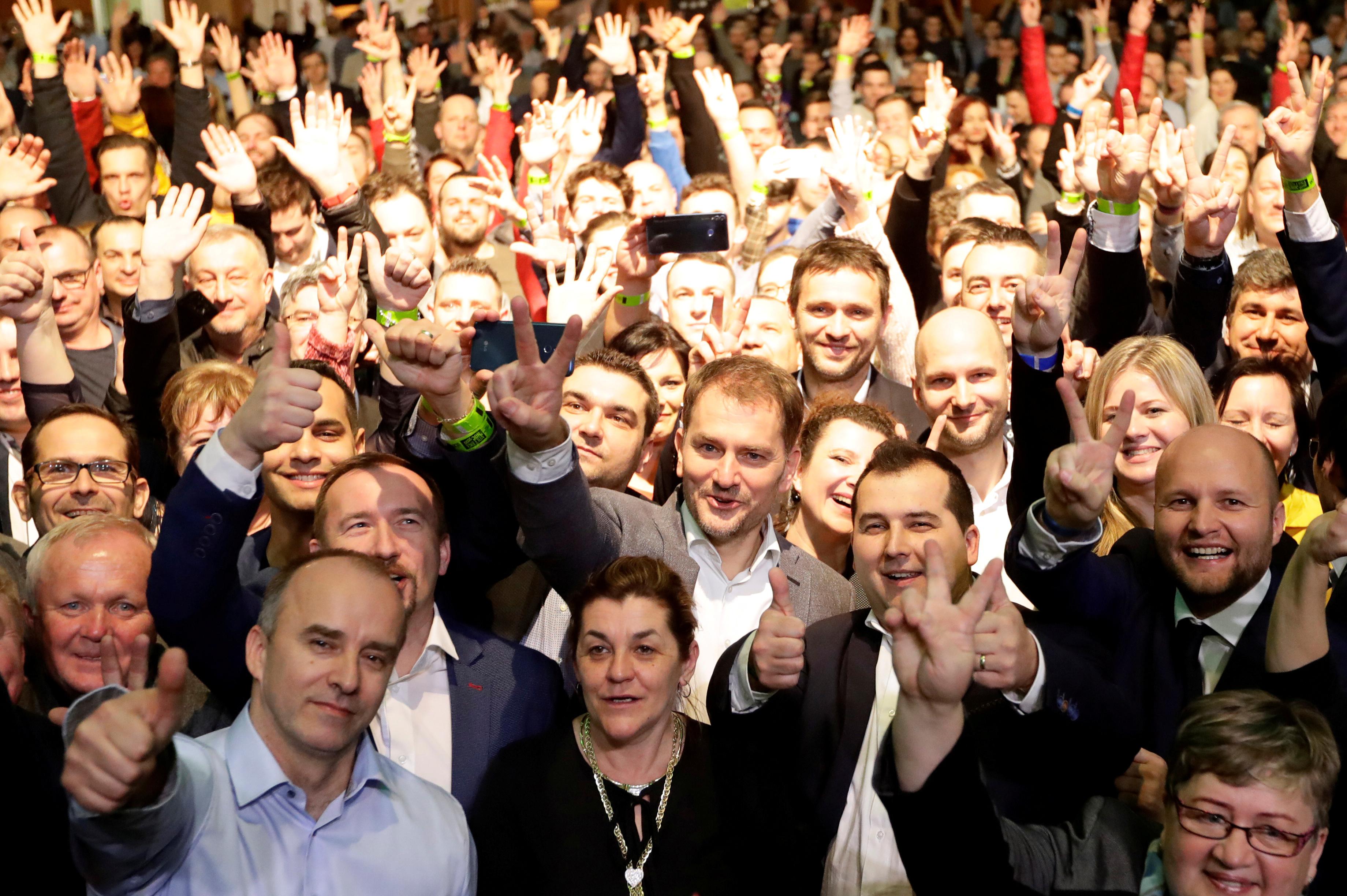 “I would like to send a positive signal so that our European partners would not feel ashamed for us that we are a corrupt hole of Europe where journalists and their fiancees are murdered just because someone unearthed corruption at the highest level of government and their cronies,” Matovic said.

Smer was on course to score its worst result since 2002. Its nationalist and Hungarian minority allies would not win any seats in Parliament, the exit poll showed.

Predictions that the far-right, anti-EU and anti-NATO People’s Party could make strong gains were not borne out and the party won under 9%, the partial results showed.