Snow is now falling across many regions of Britain with the Met Office issuing a two-day snow warning on Tuesday and Wednesday. Wintry showers are due to affect many exposed western areas with a risk of ice. Snowfall is due to hit many areas of Britain. But where exactly is it snowing right now?

More snow is on the way with temperatures likely to drop to -8C in some regions according to forecasters.

The majority of Britons will awaken to temperatures of -2C in southern areas of England and -5C in northern areas.

Isolated parts of northern and central Scotland could even see the mercury drop to -8C during the early hours of Wednesday morning. 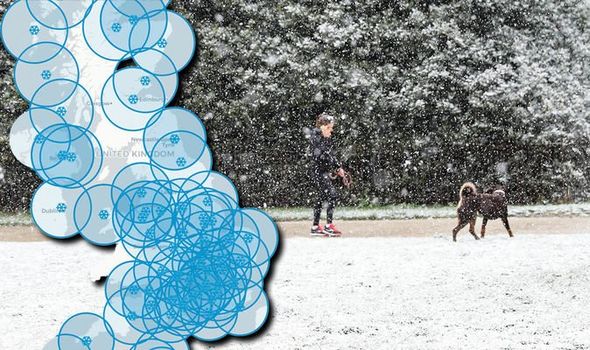 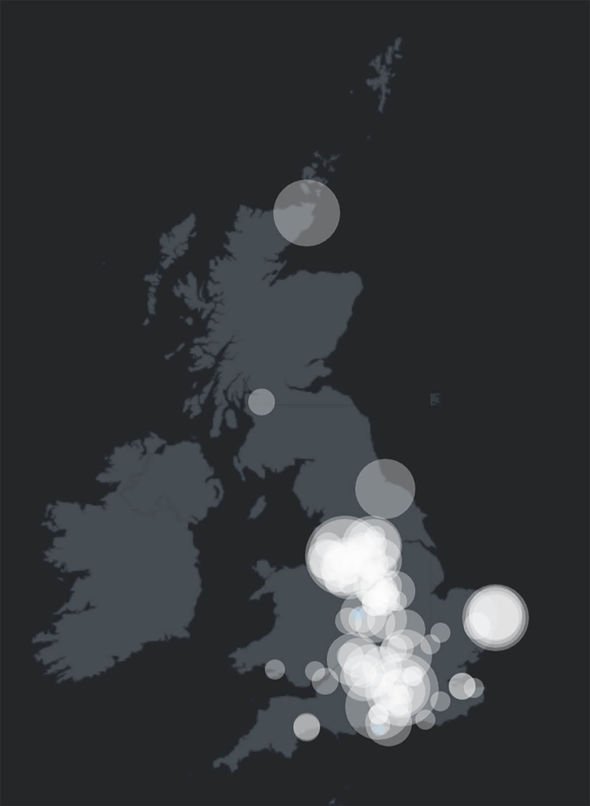 The forecasted snow showers are due to particularly affect regions of northern Scotland according to the Met Office.

The Met Office warning reads: “The cold northerly airflow will bring further snow and hail showers across much of northern Scotland.

“Snow amounts of around one to three cm are likely at all levels and in addition, strong winds will lead to some drifting.

“Showers will become both lighter and less frequent through Wednesday morning.”

Parts of Grampian, Highlands and Eilean Siar and Orkney and Shetland will be impacted by the warning which is in force from 7pm on Tuesday until 10am on Wednesday. 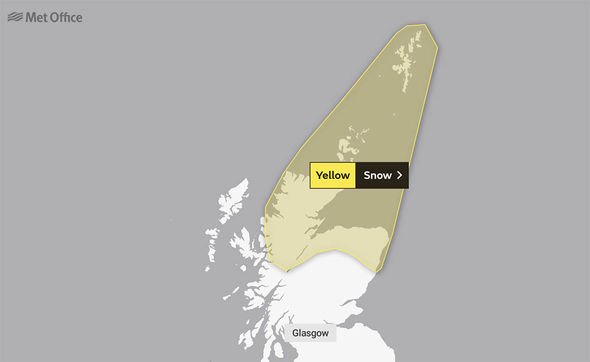 Chief meteorologist Dan Suri said: “The Met Office has been signalling a dramatic change in weather type for several days, with very cold air moving from the Arctic through Sunday night, bringing snow showers and freezing overnight temperatures and all accompanied by strong northerly winds accentuating the cold.

“Although snow showers will predominantly affect the north and north west, they could occur almost anywhere in the UK early this week, at least temporarily.

“Some areas will remain drier and see few, if any, showers, for example the southeastern quarter of England and the Central Belt of Scotland.

“Even in southern parts of the UK daytime maximum temperatures will struggle to rise above 9C, and although this region is likely to remain drier, the occasional wintry shower cannot be ruled out.” 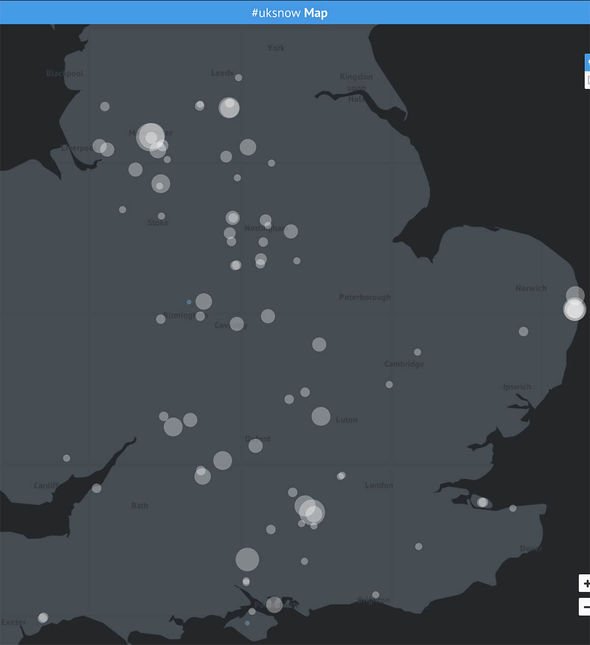 An area of showery rain with sleet and snow on hills pushes south-eastwards through Northern Ireland, Wales and northwest England.

The cold blast is likely to impact continental Europe with intense snow and blizzard conditions affecting Slovenia and Croatia on Tuesday.

The first impact is over the UK and Ireland, then the core will spread towards central Europe and the Mediterranean tonight into mid-week days. 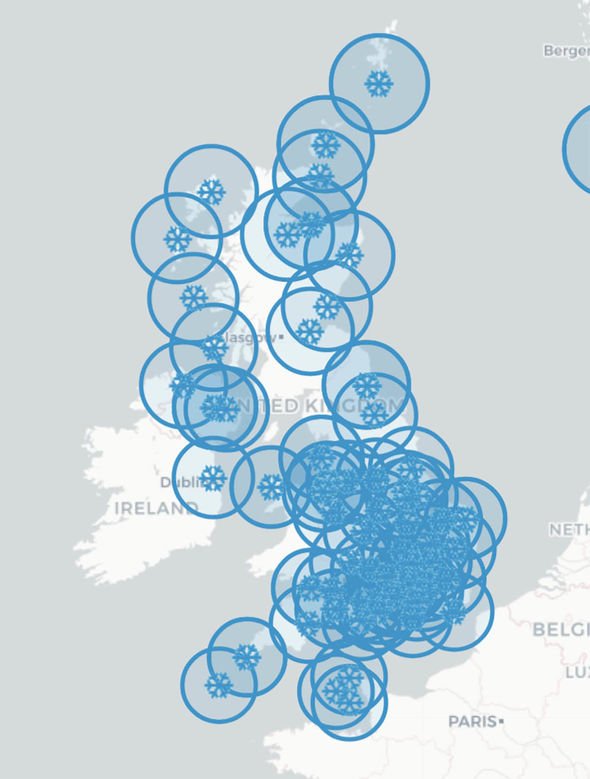 But where is it snowing right now?

Social media users shared many images of snowfall in their areas on Tuesday.

The Metcheck snow radar map shows most of the UK is forecast to see snowfall.

In particular, the bulk of the Midlands and southern England will see snowfall on Tuesday.