SEOUL (Reuters) – Coronavirus cases in South Korea almost doubled on Saturday to 346 and officials flagged the tally could rise significantly higher as more than 1,000 people who attended a church at the center of the outbreak reported flu-like symptoms. 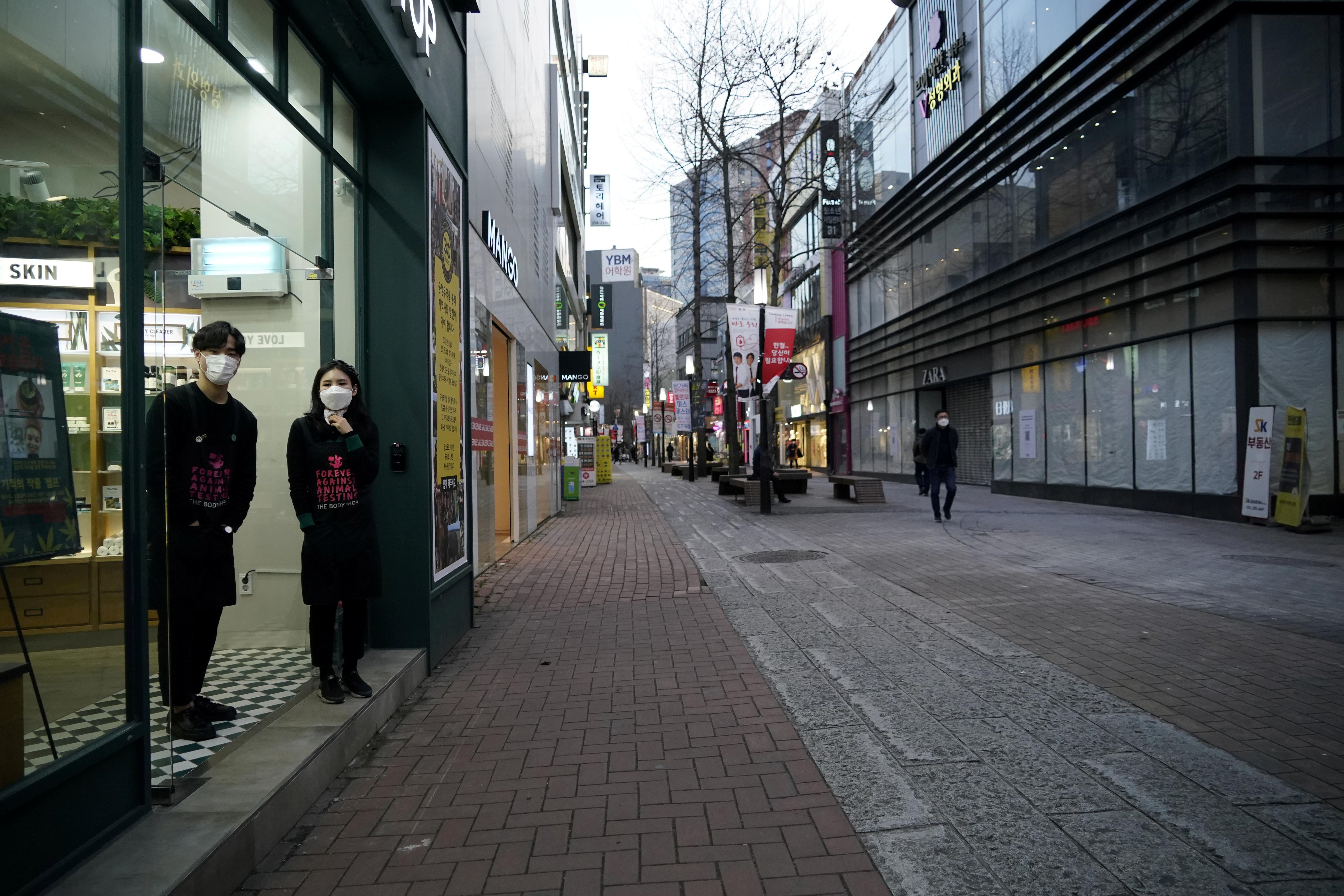 Korea’s Centers for Disease Control and Prevention (KCDC) said there were 142 new confirmed cases, almost all linked to outbreaks at a branch of the Shincheonji Church of Jesus in Daegu and a hospital in Cheongdo county.

Also among the new cases were the first reported infections in Busan, South Korea’s second-largest city, and on the Island of Jeju, a popular tourist destination.

KCDC designated both the city of Daegu, which has a population of 2.5 million people, and Cheongdo county, home to around 43,000 people, as “special care zones” on Friday. Officials were sending in military medical staff and other health workers, and extra resources, including hospital beds.

At least half of the national cases are linked to a 61-year-old woman known as “Patient 31” who attended religious services at a branch of the Shincheonji Church of Jesus in Daegu, the Temple of the Tabernacle of the Testimony. The woman had no recent record of overseas travel, authorities said.

KCDC said on Saturday they had obtained a list of 9,300 people who had attended church services, around 1,200 of whom had complained of flu-like symptoms.

“We are conducting investigation based on the database … we have obtained,” KCDC Director Jeong Eun-kyeong told reporters.

The church and Cheongdo hospital outbreaks may also be linked as several church members attended a funeral at the hospital for the brother of the founder of the church earlier this month. President Moon Jae-in has called for officials to investigate potential links.

“We think the patients had repeated exposure given the isolated facility of the psychiatric wards where many patients share the same room,” KCDC Director Jeong Eun-kyeong told reporters.

The hospital, which has around 600 patients and staff, has been closed and patients are still being transferred to other facilities.

Two people have died in South Korea in the current outbreak; a woman in her fifties who was moved from to Busan for treatment and a 63-year-old man. Both were patients at the Cheongdo hospital.

Among the new cases confirmed on Saturday, two were in Busan, while one was on Jeju, a soldier stationed on the island who had come into contact with residents in the Daegu area. The government had previously banned all military personnel at a Daegu base from leaving the barracks.

In the capital of Seoul, thousands of people took to the streets on Saturday for regular weekend political rallies, despite the city’s mayor on Friday saying the gatherings would be banned as part of containment measures.

Seoul police told Reuters they were aware of the ban but it would be an “abuse of power” for them to intervene. Police could only begin an investigation into the rallies if the city administration sued an individual or groups, an official said.

The coronavirus originated in China before spreading to some 26 countries and territories outside mainland China.