SEOUL (Reuters) – South Korean officials warned against prematurely calling the peak of the coronavirus outbreak while expressing hope on Monday that the country was nearing a “turning point” in the crisis, as the pace of new infections trended lower. 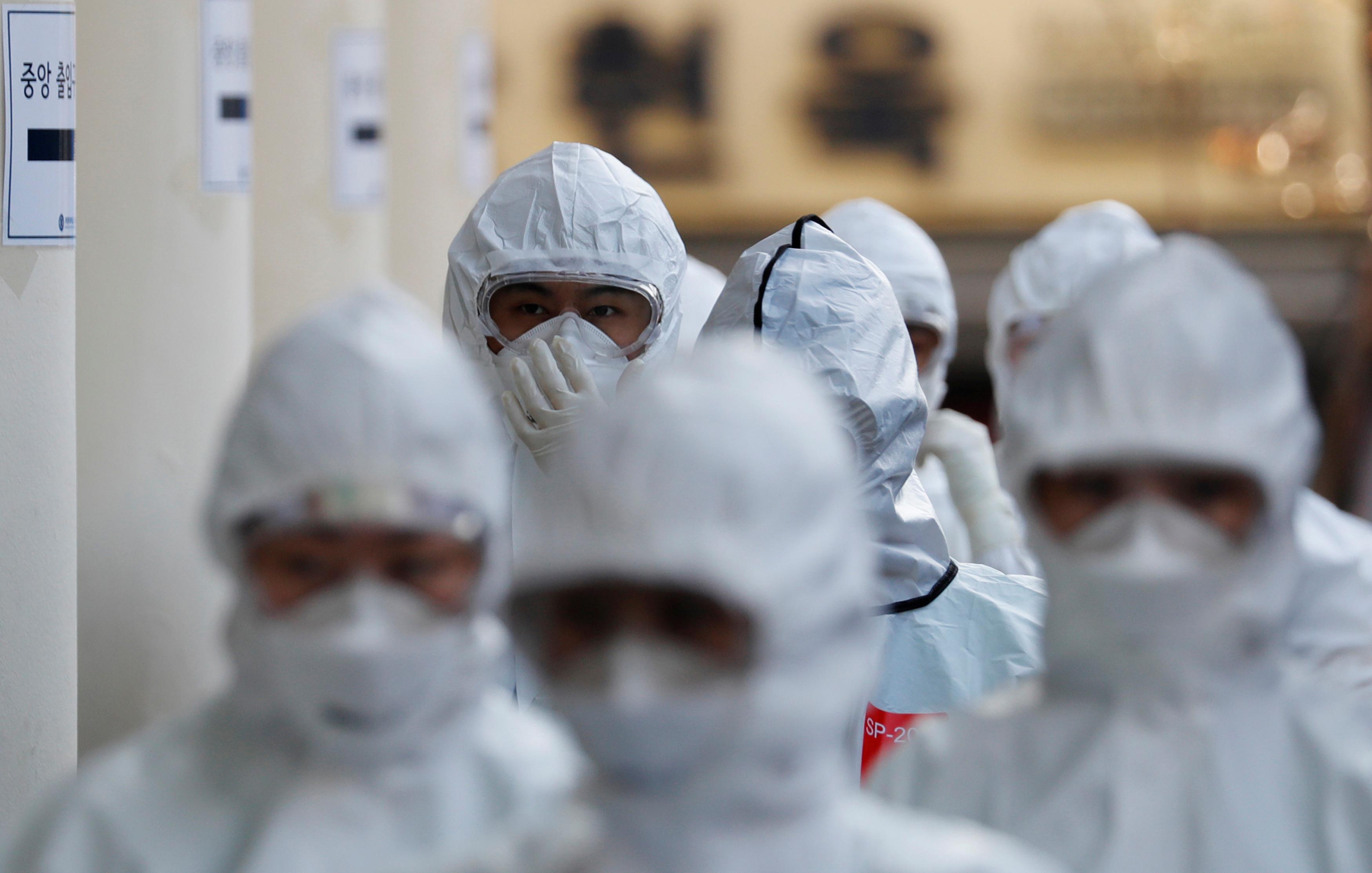 The Korea Centers for Disease Control and Prevention (KCDC) reported 69 new coronavirus cases on Monday, although a more complete figure would be provided in another update later on Monday.

The new cases brought South Korea’s total infections to 7,382, while the death toll rose by one to 51, the KCDC said.

The rate of increase in new infections fell to its lowest in 10 days on Sunday in one of the countries most severely affected outside mainland China.

“I’m still extremely cautious, but there’s hope we can reach a turning point in the near future,” Prime Minister Chung Sye-kyun said on Monday before returning to Seoul from the hard-hit southeastern city of Daegu.

Health authorities say the number of new infections being identified has dwindled as most of the roughly 200,000 followers of a fringe Christian church at the center of the epidemic in Daegu have now been tested.

Vice Health Minister Kim Gang-lip said it was premature to say the crisis was over, as new cases continued to emerge from smaller clusters.

“There are still many patients arising from Daegu and nearby regions … and sporadic infections continue to emerge elsewhere, though they’re not spreading as fast,” Kim told a briefing.

“In fact, now is the time to concentrate all our capabilities to bring a clear reduction in infections.”

Mutual travel restrictions imposed by South Korea and Japan also took effect, an issue that rekindled a diplomatic and economic feud between the old foes.

The spat, together with oil price swings, sent South Korean shares and the won sharply lower and prompted the finance ministry to issue a verbal warning against disorderly market movement.