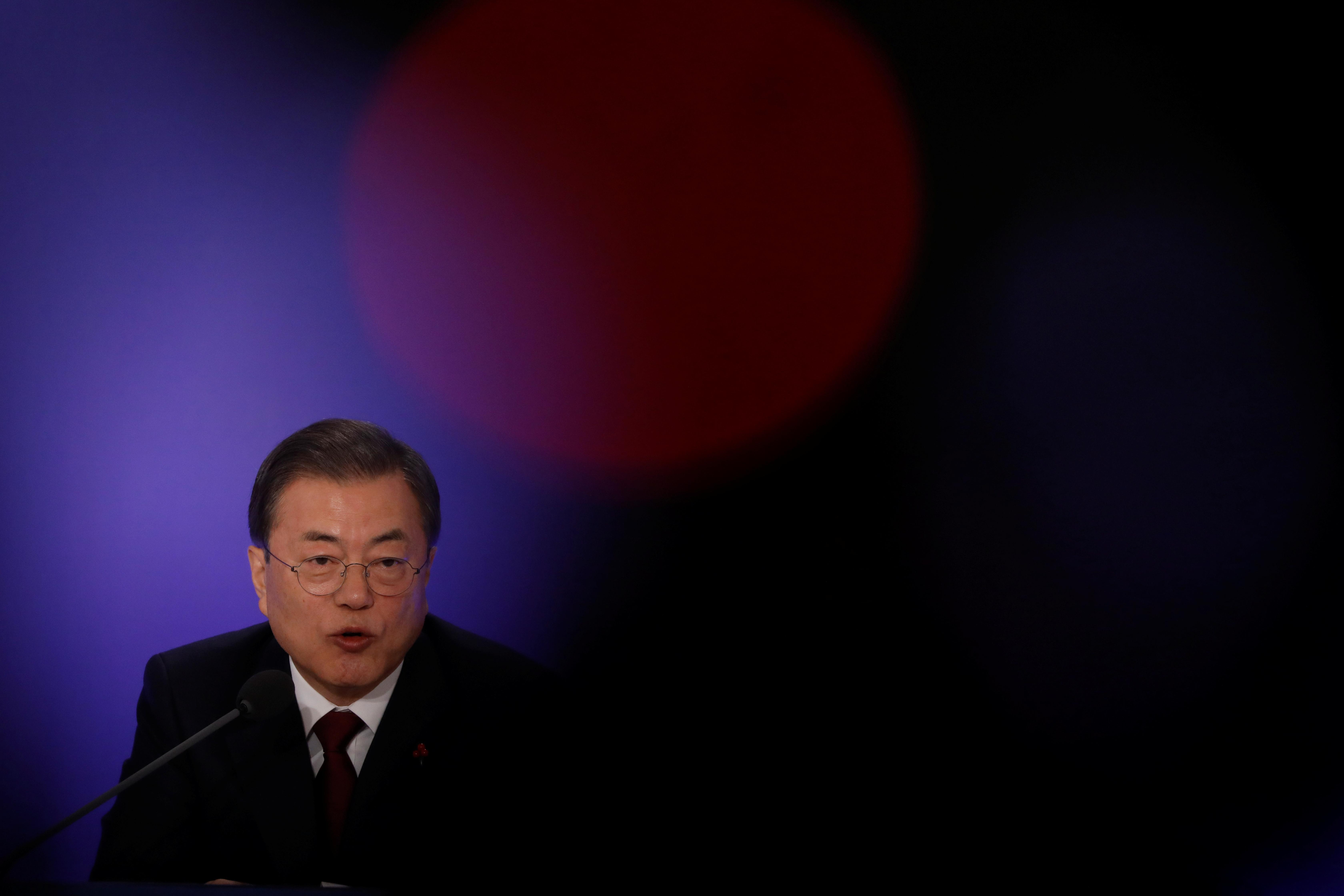 “(The government) shouldn’t quibble over whether anything is unprecedented or not, rather, we should take every possible measure we can think of on the table to deploy them,” Moon said in a cabinet meeting.

The fast-spreading coronavirus has disrupted world supply chains and business activity in a blow to global growth and demand for South Korean goods.

Moon said the economy is in an emergency situation and requires stimulus to lift domestic demand.

South Korea’s 3-year treasury bond futures sharply extended gains after Moons’ remarks as investors speculated stimulus measures being rolled out could include an interest rate cut when the Bank of Korea meets on Feb. 27.

In January, the BOK voted 5-2 to keep its benchmark rate steady at 1.25%, standing pat for a second meeting following two reductions in July and October last year.

Moon’s comments could add pressure on the central bank to back government policies in the run up to the April 15 general election. In a January survey by Reuters, 14 of 33 analysts saw one more BOK cut through 2020 while 15 saw no change.

In 2015, South Korea drew up a supplementary budget to help cushion the economy from the effects of an outbreak of Middle East Respiratory Syndrome (MERS).