JUBA (Reuters) – South Sudan’s President Salva Kiir is due to swear in former rebel leader Riek Machar as his first vice president on Saturday after the two men agreed to form a unity government, a move that could definitively end years of fighting in the country. 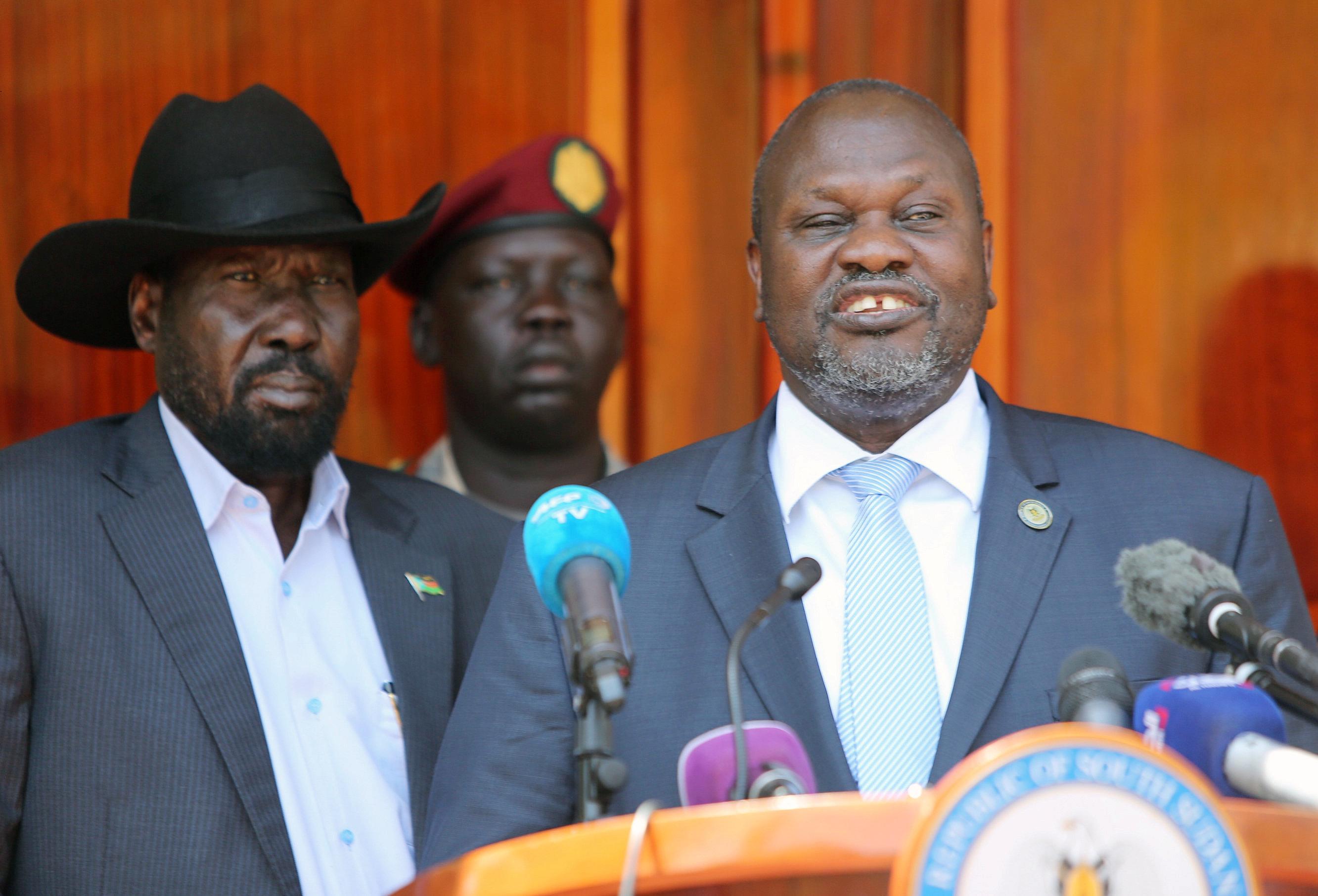 Riek and Machar had repeatedly pushed back deadlines to form a government of national unity following a peace accord signed in 2018. The civil war killed 400,000 people and triggered Africa’s biggest refugee crisis since the 1994 Rwandan genocide.

On Thursday, they met at State House and said that a government will be formed and they will resolve outstanding issues, such as the unification of the army, in the coming days. Kiir named Machar as his first vice president on Friday and the swearing-in is expected to take place at 2 p.m. (1100 GMT).

“The time for war is finished, now is time for peace and development,” said Arkanjelo Tout, a resident in Juba, said on Friday. “I am expecting the new government to put the interest of its people first.”

South Sudan gained independence in 2011 but descended into fighting two years later after Kiir sacked his then deputy Machar, who later went on to form a rebel faction.

“We are hoping that the new unity government would address the root causes of conflict to avoid going back to war again,” Angelo Wani, another Juba Resident, told Reuters on Friday.

The country is almost entirely dependent on oil for revenues, and a binding peace agreement could unlock its reserves. Output currently stands at 180,000 barrels per day down from a peak of 250,000 bpd before the outbreak of the conflict in 2013.

However, analysts said that forming a government is only one step toward solidifying peace.

Resolving issues such as unifying the armed forces, the return of refugees and economic reforms are critical to long-lasting peace, said James Okuk, a senior researcher at the Juba-based Center for Strategic and Policy Studies.

“People will be watching and will be criticizing whoever is lazy to deliver on time,” he said. “Every citizen is expecting that this should be a serious government.”