Spain: Thousands gather in Madrid in protest against pardons

Spain’s Deputy Prime Minister Carmen Calvo gave the clearest indication yet the pardons of the Catalan separatists were “close” in an interview published on Sunday with La Vanguardia newspaper, but the issue has bitterly divided Spaniards. Roughly 63 percent of Spaniards oppose granting the pardons while some 25 percent backed it and about six percent were indifferent, according to a poll published on Sunday for niusdiario.es, an online newspaper.

Carlos Bandecha, 47, a businessman, said at the rally: “We should stop this now because for a pardon you must show contrition, and the separatists will not show that.” 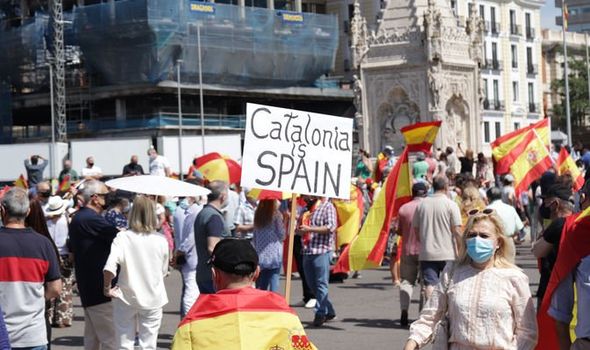 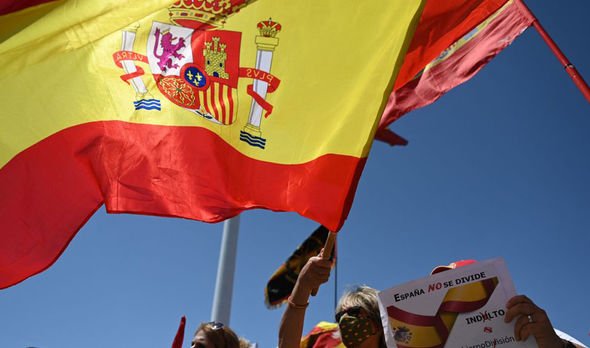 Spanish politician Rose Diez, founder of the Unión, Progreso y Democracia party, was among those who spoke at the rally, and tweeted an aerial shot of the huge crowd.

She commented: “The Government Delegation has said that in #Colón we are 2000.

“They do not lie anymore for lack of time! Aerial photo. Thanks!!!” 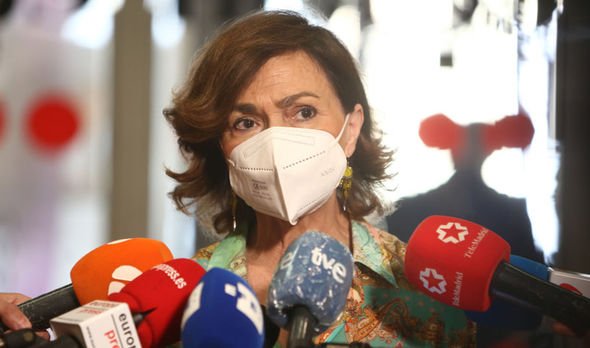 “After the Supreme Court report arrives, we will immediately follow up on them. They should arrive soon at the cabinet.” 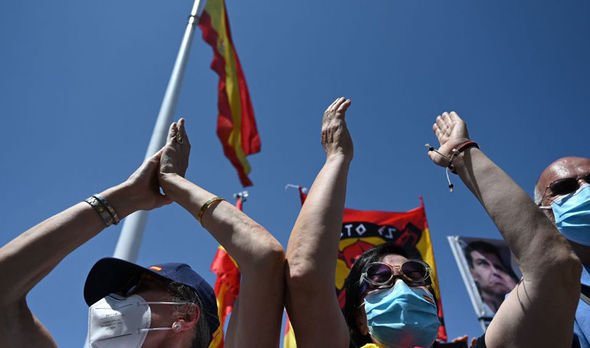 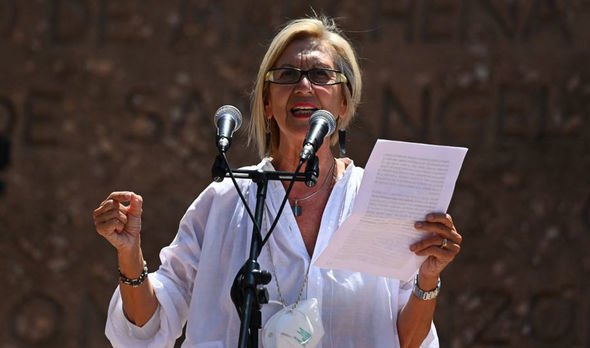 It sentenced nine Catalan separatist leaders in October 2019 to between nine and 13 years in jail on sedition charges for organising an unauthorised referendum on independence and issuing a short-lived unilateral declaration of independence.

Three others were convicted of disobedience but not jailed.

Speaking last week, Oriol Junqueras, the most prominent of Catalonia’s jailed separatist leaders, admitted he and others had made mistakes and needed to adapt its strategy, a move which could help the Spanish government’s efforts to ease tensions over the region. 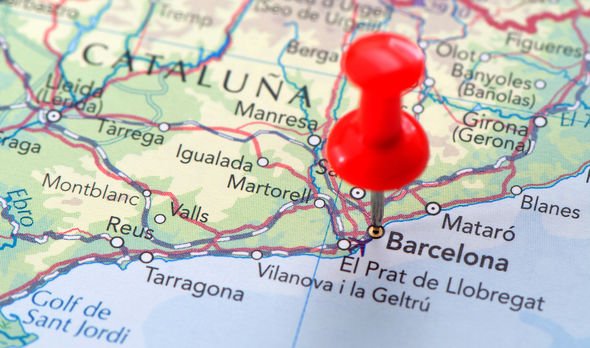 Mr Junqueras is currently in prison over his role in organising the 2017 vote and the independence declaration.

He made it clear he still favoured independence but said it should be sought differently.

In an op-ed published by by La Sexta TV and newspaper ARA, he said: “We have looked in depth at our strengths and weaknesses, the mistakes and the successes, to learn lessons.

“We separatists must be aware that our response (the unauthorised independence referendum) was not understood as fully legitimate by a part of society, including in Catalonia. We must adapt our strategies.” 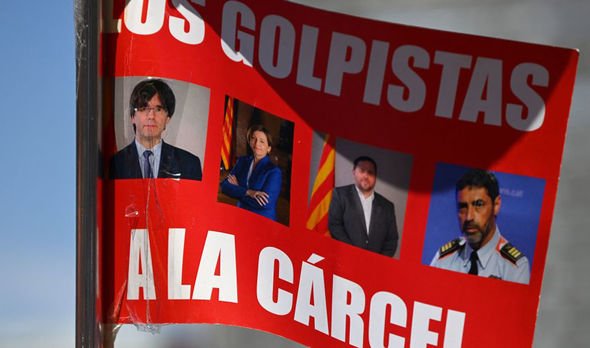 One way to do that was through authorised referendums, he said.

While Junqueras and the separatist camp had so far insisted they wanted nothing short of a full amnesty for the 2017 events, rejecting the idea of pardons that others had floated, he struck a different tone on Monday.

He said: “There are gestures that can alleviate the conflict, ease the pain of repression and the suffering of Catalan society,” in a reference to recent comments by Prime Minister Pedro Sanchez.

Mr Sanchez has likewise suggested in recent weeks that he was preparing to pardon the 12 separatist leaders, saying that would help dialogue and concord.