At least four people have been killed in Spain as freak blizzard conditions brought the heaviest snowfall in decades, with troops deployed to rescue trapped motorists amid travel chaos in the capital Madrid.

Thousands have also been stranded at railway stations and airports, with services cancelled due to the wintry conditions.

In Madrid, authorities activated a red alert for the first time since the system was introduced four decades ago and the authorities sent the military to assist 1,500 people stuck in vehicles on everything from small roads to major routes. 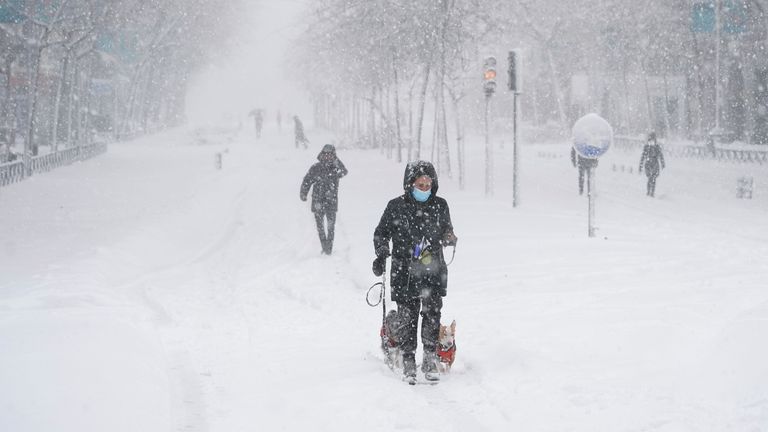 More than 50cm (20in) of snow fell in the capital – the highest recorded over a 24-hour period since 1971, according to the national AEMET weather agency.

It was in Madrid that a 54-year-old man was found dead under a pile of snow, said the interior ministry.

Police also reported a homeless man died of hypothermia in the northern city of Zaragoza.

Meanwhile, a man and woman drowned after their car was washed away when a river burst its banks near Malaga in southern Spain.

Responding to the deaths, King Felipe VI and Queen Letizia tweeted: “The royal family would like to express their sorrow for victims of the storm… and ask for extreme caution against the risks of accumulation of ice and snow.”

“We are facing the most intense storm in the last 50 years,” he said. 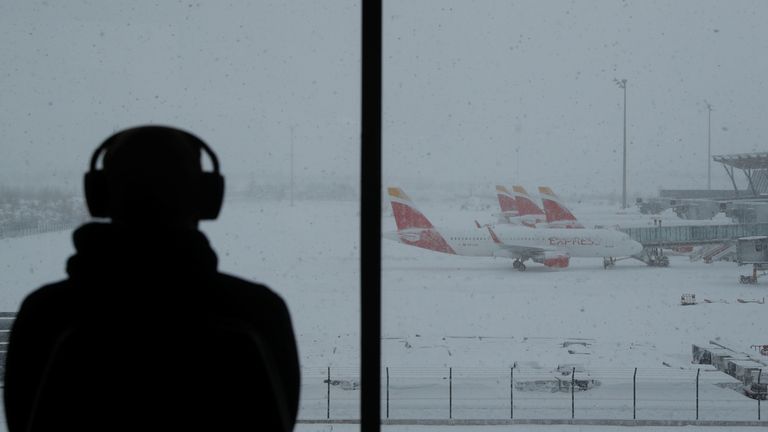 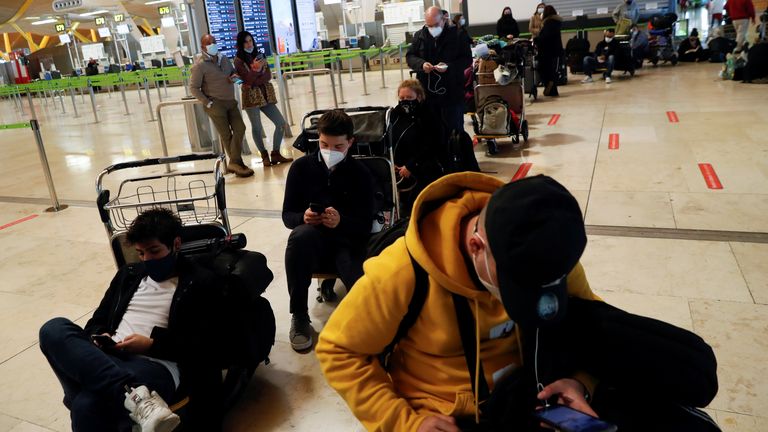 AEMET had warned some regions would be receiving more than 24 hours of continuous snowfall due to the unusual combination of a stagnant cold air mass over the Iberian Peninsula and the arrival of the warmer Storm Filomena from the south.

Transport minster Jose Luis Abalos warned that “snow is going to turn into ice and we will enter a situation perhaps more dangerous than what we have at the moment”.

“The storm has exceeded the most pessimistic forecasts we had,” Mr Abalos added.

Carlos Novillo, head of the Madrid emergency agency, described it as a “critical situation” and added: “We ask all those who remain trapped to be patient, we will get to you.” 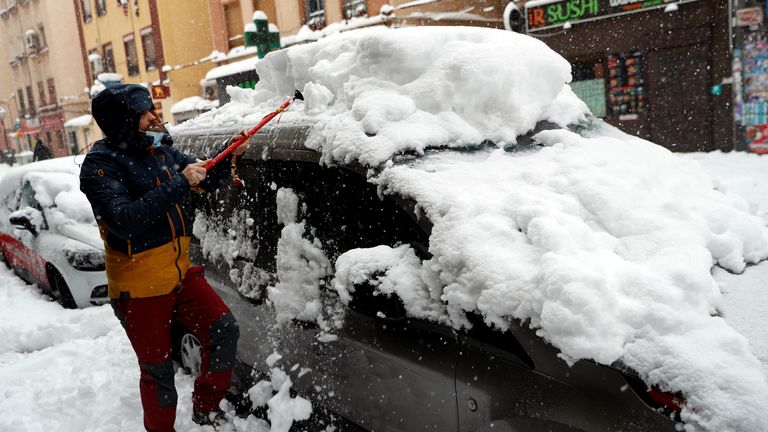 Airport operator AENA said Adolfo Suarez Madrid-Barajas International Airport, the main gateway in and out of the country, would remain closed throughout the day.

All trains in and out of Madrid and routes between the south and the northeast of the country were suspended, railway operator Renfe said.

The storm caused serious disruption on – or had closed – more than 650 roads by Saturday morning, according to Spain’s transit authorities, which urged people to stay indoors and avoid all non-essential travel. 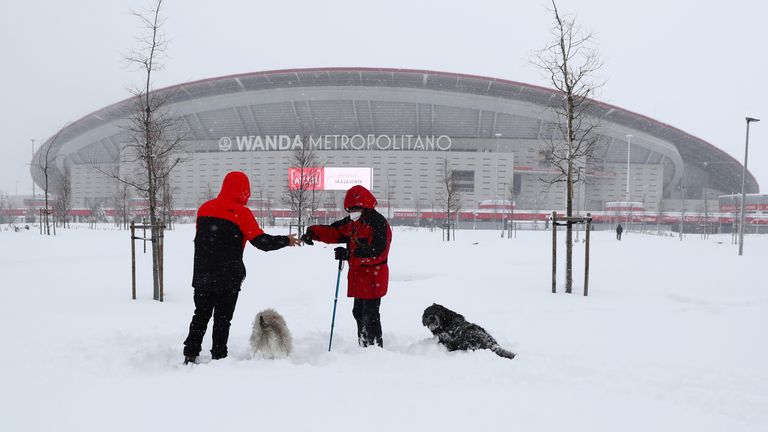 The wintry weather even halted the country’s football league, with some teams unable to travel for games.

A flight to Madrid carrying players with league leaders Athletic Bilbao had to return to Bilbao airport, while second-placed Real Madrid were unable to take off for their match against Osasuna.

The regions of Castilla La Mancha and Madrid, home to 8.6 million people altogether, announced that schools would be closed at least on Monday and Tuesday.