Animosity between the US and the USSR was born out of World War 2 after US President Harry Truman kept a secret from Stalin about the true force of his nuclear weapons, which were later dropped on the Japanese cities of Hiroshima and Nagasaki. As a result, the Kremlin focused all its time and resources in matching the might of their newfound rivals in a bitter spat that would ensue until the fall of the Berlin Wall some four decades later. Gigantomania began in Stalin’s time but continued after his death – as the Soviets attempted to prove the superiority of the socialist system by the creation of gigantic industrial complexes, huge farms, colossal buildings, and enormous statues.

One of these was the creation of the Kremenchuk Hydroelectric Power Plant in Svitlovodsk, Ukraine – a huge project which would see whole neighbourhoods displaced.

The daughter of an affected family, Svitlana Sliusarenko, told BBC Reel: “If someone told me today, ‘Demolish everything, move away and build your home from scratch somewhere else,’ I just wouldn’t be able to do it.

“Back then people had to destroy their houses themselves. They didn’t have any other choice.

“No one questioned anything. It was an order and it had to be executed.” 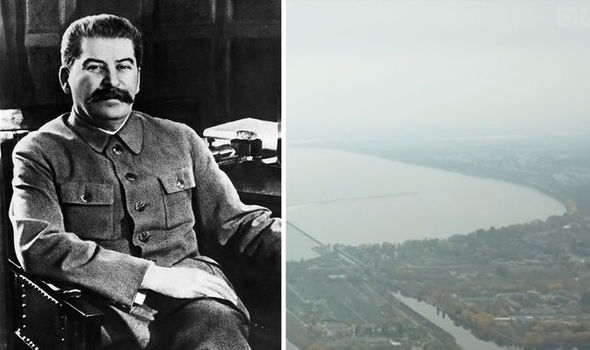 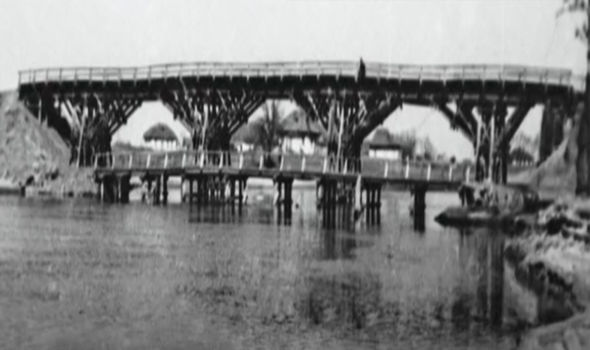 Survivor Andriy Maistrenko recalled being evicted by the authorities.

He explained: “They said, ‘We will build a hydroelectric power plant and we will evict you because this area will be flooded’.

“We were told to clear out and only leave flat surfaces.”

Residents were given a date to evacuate before their houses were flattened and an area three times the size of Chicago was flooded.

Ms Sliusarenko added: “The authorities did not explain much over why people had to relocate. 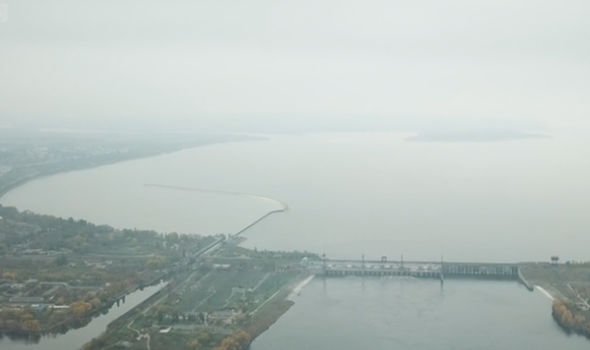 “There was only one message: ‘It is necessary for the development of the economy.’

“A year before the submersion, activists started coming to the villages.

“They were informing people about resettlement and making property records.

“The state paid some financial compensation. They gave more money for the old houses, and less for the newly-built ones.”

Over 130,000 people were displaced, but some are said to have refused to leave their homes. 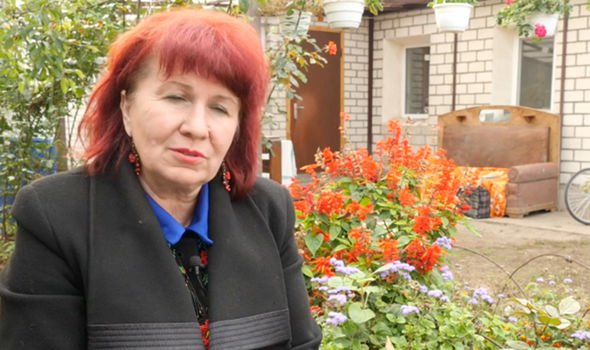 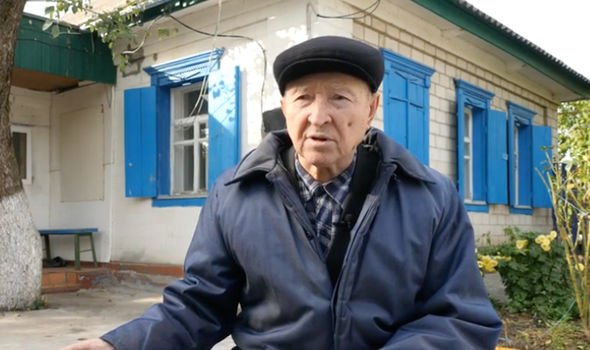 More than 70 years on, survivors still have memories of their town, known as the ‘Soviet Atlantis’ due to the similarities to the story told by Plato of a once-great island submerged into the Atlantic.

Mr Maistrenko added: “The area was great. The Dnieper river on one side, the Sula on the other.

“We were just in the corner. There were swamps there, people would often do fishing.”

Many of the residents have now joined together to create a new community nearby.