A committee investigating the Capitol riot has said it will pursue criminal charges against former Donald Trump adviser Steve Bannon after he failed to appear before them.

Mr Bannon had been summoned before the congressional panel, who are investigating the 6 January insurrection, on Thursday.

However, his lawyer said that at Mr Trump‘s direction he would not appear. 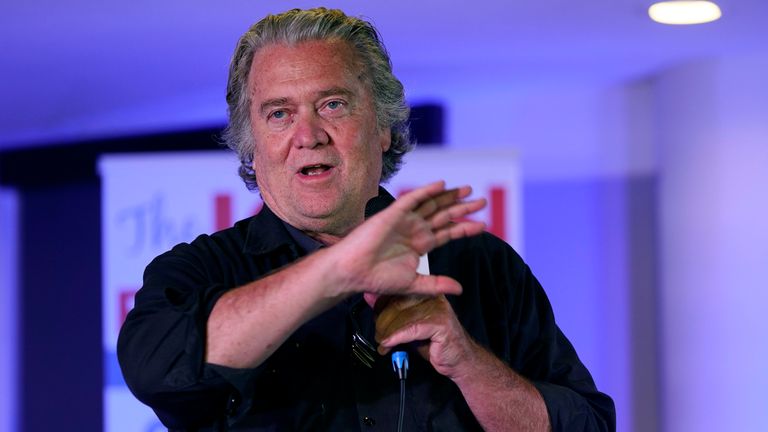 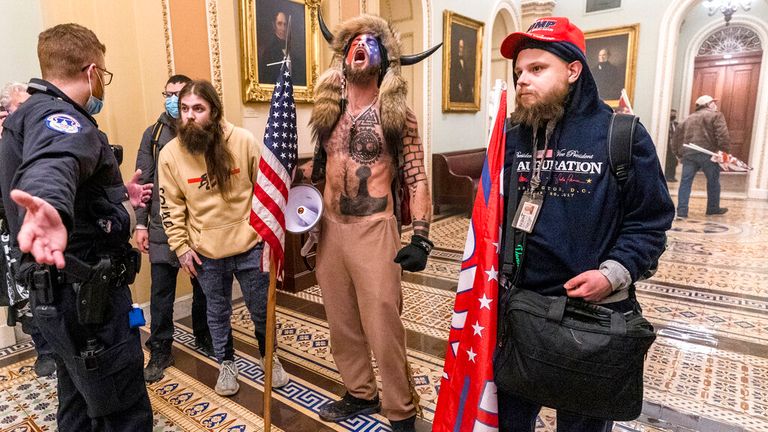 “The Select Committee will not tolerate defiance of our subpoenas, so we must move forward with proceedings to refer Mr Bannon for criminal contempt,” said Representative Bennie Thompson in a statement.

If convicted, he faces a fine and up to one year in prison.

Rep Thompson added: “Mr Bannon has declined to cooperate with the Select Committee and is instead hiding behind the former president’s insufficient, blanket and vague statements regarding privileges he has purported to invoke.

“We reject his position entirely.”

Now the panel will vote on Tuesday to recommend the charges, which will then be sent to the House for a full vote.

If the House supports holding Mr Bannon in contempt, the Justice Department will have the final say on whether or not to prosecute.

The former presidential advisor was fired from the White House in 2017 and was not in government at the time of the January riot, which saw Trump supporters storm the Capitol and left five people dead.

However, the committee had demanded evidence from Mr Bannon, who was in touch with the then-president at the time.

The rioters repeated Mr Trump’s false claims of widespread fraud as they marched through the Capitol, even though the results of the election were confirmed by state officials and upheld by the courts.

Two other aides who worked for Mr Trump – former White House chief of staff Mark Meadows and long-time Trump social media director Dan Scavino – are scheduled for depositions on Friday. It is unclear whether they will appear. 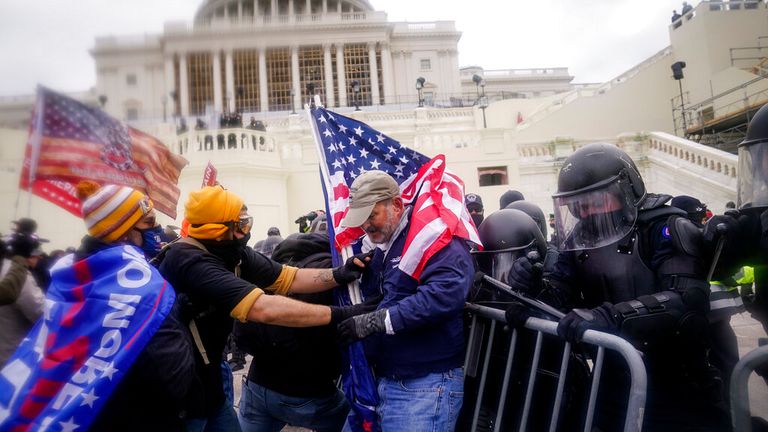 Hours before he was scheduled to depart the White House for a final time in January, Mr Trump pardoned Mr Bannon after he was charged with duping thousands of donors who believed their money would be used to fulfil the campaign promise to build a wall along the border with Mexico.

Instead, he allegedly diverted over a million dollars, paying a salary to one campaign official and personal expenses to himself.