Storm Dennis ravaged the UK last weekend with yellow, amber and red warnings across the nation for wind and rain. The massive amount of rainfall caused mass destruction to areas, particularly areas in North Yorkshire and Hereford where many people were hit by heavy flooding. The next system is forecast to bring heavy rainfall this weekend also, likely making situations worse for many impacted by the floods.

A WxCHART has shown that over the days leading up to the weekend rainfall shall increase.

Rainfall is expected to be heaviest in north-west England, Scotland’s west coast and parts of Northern Ireland.

By Saturday afternoon central Scotland is expected to have had 100mm of rain, the charts claim.

By the end of the weekend, Wales can expect to have seen just as much rainfall. 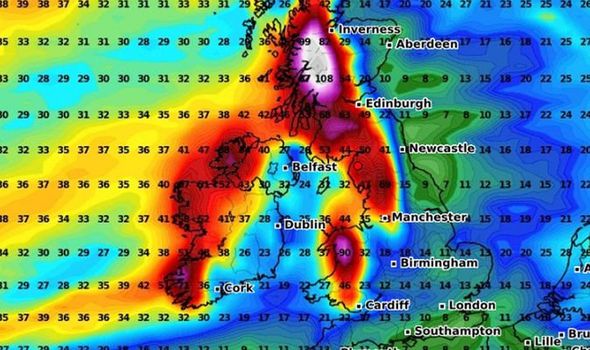 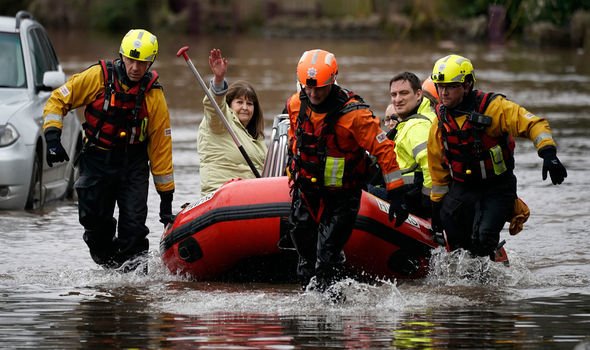 Storm Dennis forced Wales to declare a major emergency after a month’s worth of rain fell in just 25 hours.

Speaking about Storm Dennis, Jeremy Parr the Head of Flood and Incident Risk Management for Natural Resources Wales, said: “The forecast is for very significant levels of rain, especially in the eastern valleys of South Wales.

“Impacts could be severe overnight, and everyone should take the warnings extremely seriously.

“We are working hard to make sure communities are as prepared as possible and urge people to take care and make arrangements to be safe.” 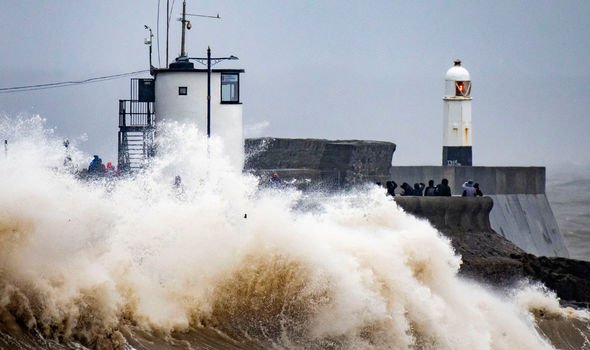 During the worst weather of Storm Dennis, the Met Office issued warnings and insisted there was a threat to life.

They issued a Red Warning for rain, the highest level of warning, for parts of south Wales on Sunday morning. 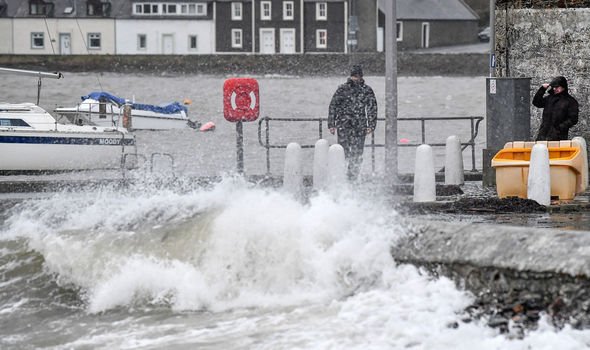 Over the weekend wind gusts widely exceeded 50mph, even across some inland areas, with gusts of over 60mph over hills, coastal areas and exposed locations.

While these winds had the potential to bring damaging impacts they were not as strong as the gusts from Storm Ciara, when a gust of 97mph was recorded on the Isle of Wight.

The next named storm will become Storm Ellen, with both Dennis and Ciara hitting the nation in recent weeks.