The charismatic president stands a fair chance of holding onto power as the country elects a new National Assembly. 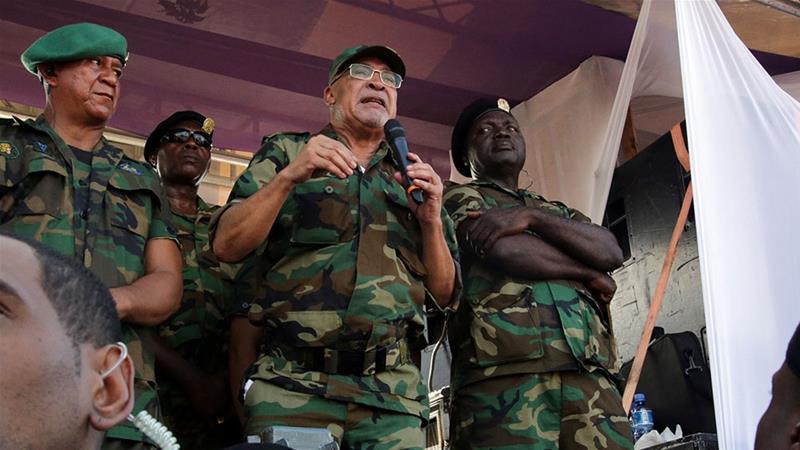 Few leaders have the sort of shadows that hang over Suriname’s President Desi Bouterse: a former coup leader and strongman, convicted of murder and drug smuggling, overseeing a dire economy.

Yet the charismatic 74-year-old president stands a fair chance of holding onto power as the small South American nation elects a new National Assembly on Monday – a body that will choose the next president in August.

Bouterse’s National Democratic Party has built deep support among the country’s poor, many of them Black or of mixed race, who feel Bouterse is the first politician ever to pay attention to them. Their economic pain is eased somewhat by food parcels distributed to party supporters, and many credit Bouterse for recent oil discoveries off the Surinamese coast, which give some confidence in their future.

Recent polls in the former Dutch colony have shown a swing towards the opposition United Reform Party – the VHP by its Dutch initials – which has worked for years to broaden its base beyond its original focus on the descendants of East Asian immigrants, who make up just over a quarter of the population.

“This is the last chance for Suriname. Bouterse can’t be president anymore!” said a man dressed in the VHP’s orange flag who was first in line to vote at the Clevia Public School.

But the opposition is divided among more than a dozen parties, and there are believed to be a large number of undecided voters. Opposition activists are also worried that the coronavirus pandemic has reduced the number of international election observers, and some believe the virus-prompted ban on mass meetings favours Bouterse, who has continued to make official visits to poor neighbourhoods. 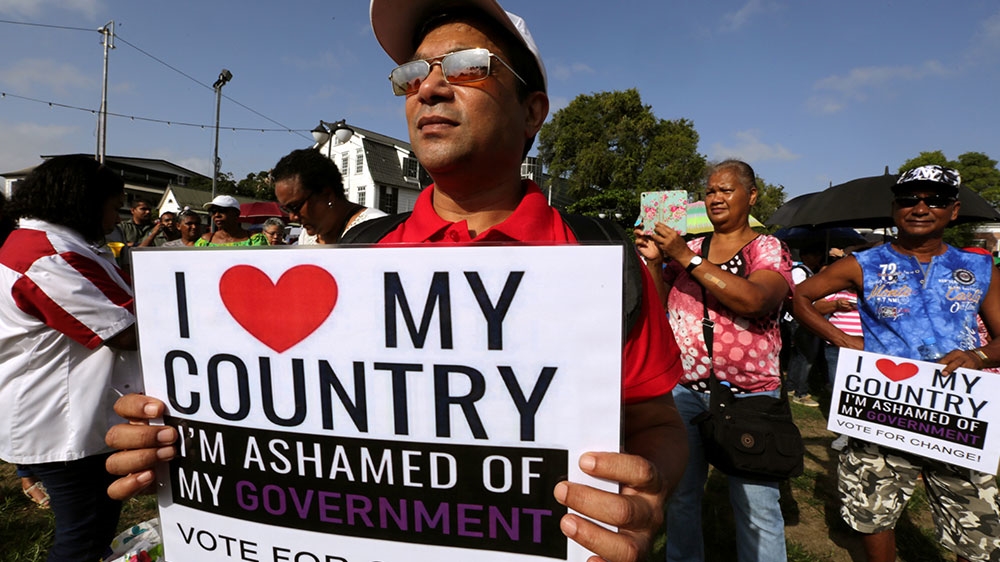 Bouterse first came to power in a 1980 coup and ruled for seven years, marked by the December 1982 murders of 15 political opponents. Last November, a Suriname court convicted Bouterse of murder and sentenced him to 20 years in prison, although it made no move to arrest him and he is appealing the sentence. He also faces an 11-year sentence in the Netherlands for drug smuggling.

The president’s son, Dino, meanwhile, is serving a 16-year prison sentence in the United States on drug trafficking charges and charges related to helping Hezbollah.

After leaving office, Bouterse built up his party and won democratic elections in 2010, as well as reelection five years later.

But China has stepped in to help, lending hundreds of millions of dollars to finance bridges, roads and hospitals and a planned new airport.

The 51-seat National Assembly is due to choose a new president in August, though that requires a two-thirds vote and likely the formation of complex coalitions. Bouterse’s main rival is the VHP’s Chandrikapersad “Chan” Santokhi.

Because of COVID-19 restrictions, poll workers are wearing masks and are supposed to keep a distance of 1.5 metres (five feet) from one another. The country has reported 11 confirmed cases of the disease and one death.