KABUL (Reuters) – The Taliban’s political chief has met with senior diplomats from countries including Russia, Indonesia and Norway, hours after signing a deal with Washington aimed at ending the Afghan war, the hardline Islamist group said in a statement on Sunday. 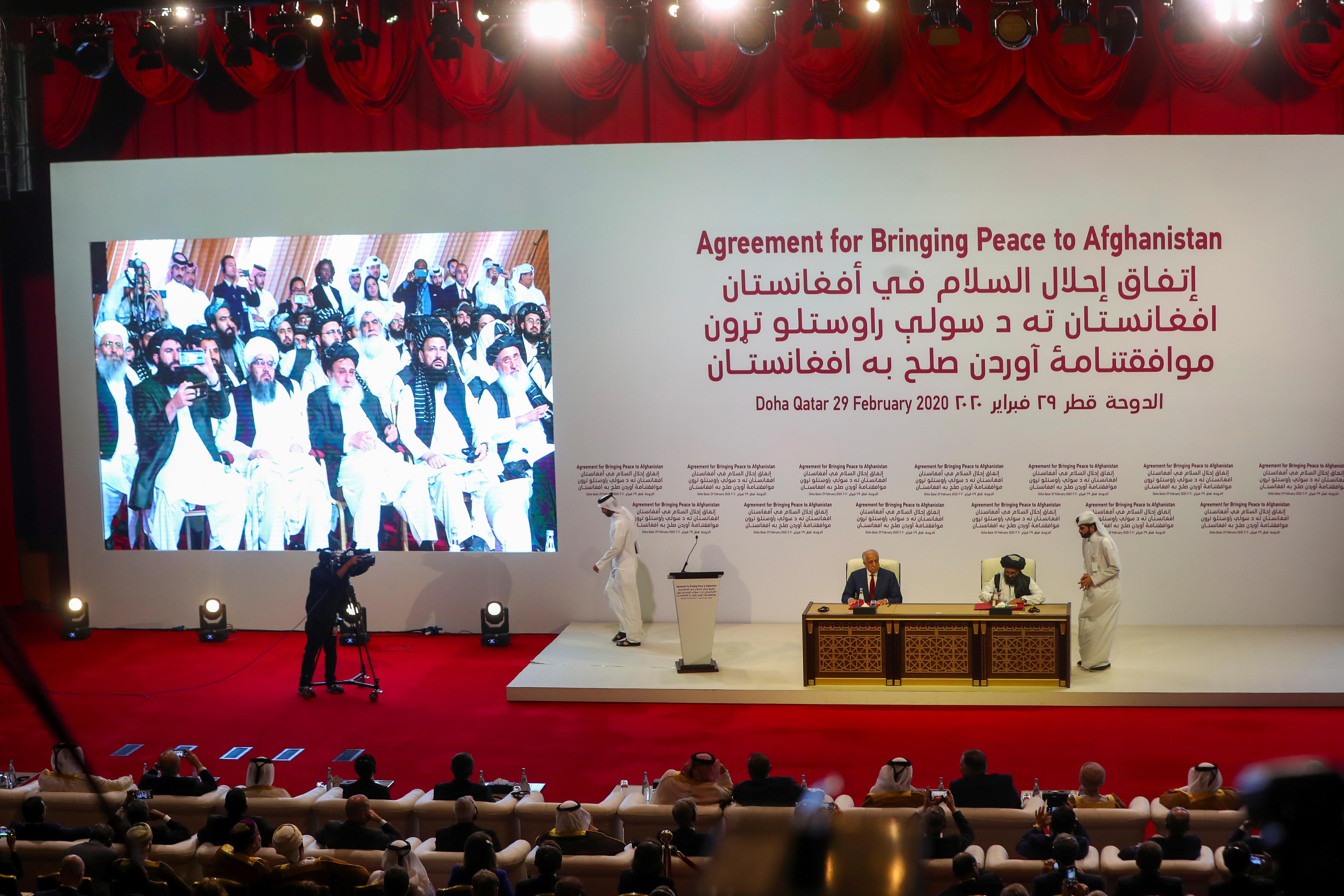 Saturday’s accord was signed in the Qatari capital Doha by U.S. special envoy Zalmay Khalilzad and Taliban political chief Mullah Abdul Ghani Baradar, with U.S. Secretary of State Mike Pompeo on hand to witness the ceremony.

Soon after the agreement, U.S. President Donald Trump said he would be personally meeting leaders of the Taliban in the near future and rejected criticism surrounding the deal signed with the Islamist insurgents.

Baradar met foreign ministers from Turkey, Uzbekistan and Norway in Doha along with diplomats from Russia, Indonesia and neighbouring nations, the Taliban said, a move that signaled the group’s determination to secure international legitimacy.

“Baradar received congratulatory messages and thanked them (ministers and diplomats) for attending the ceremony,” he said.

In the agreement, the United States said it is committed to reducing the number of its troops in Afghanistan to 8,600 — from the current 13,000 — within 135 days of signing the deal, and working with its allies to proportionally reduce the number of coalition forces in Afghanistan over that period, if the Taliban adhere to their security guarantees and ceasefire.

A full withdrawal of all U.S. and coalition forces would occur within 14 months of the deal getting signed, if the Taliban hold up their end of the deal, the joint statement said.

Prior to the signing ceremony, the Taliban had ordered all its fighters in Afghanistan to refrain from violence against civilians, Afghan and western forces.

The Taliban ruled Afghanistan from 1996 to 2001 after seizing power following years of civil war, and imposed many restrictions on women and activities it deemed “un-Islamic.”

After being ousted from power in 2001, the Taliban have led a violent insurgency against the internationally backed government, killing thousands.

The Afghan war has been a stalemate for over 18 years, with the Taliban increasingly controlling or contesting more territory, yet unable to capture and hold major urban centers.

Trump came under sharp criticism for the deal from his former national security adviser, John Bolton, who said in a tweet that “signing this agreement with Taliban is an unacceptable risk to America’s civilian population.”

But western diplomats in favor of the accord said it paves way to end the vicious circle of violence and opens the door to separate, wider talks between the Taliban and other Afghan political leaders – including government figures.

During the last two years of direct negotiations with the United States the Taliban leaders opened direct channels of dialogue with Pakistan, Iran, Russia, China, Germany and Islamic nations, a move that poses a direct threat to the legitimacy of Afghan President Ashraf Ghani’s government.