Earlier this month, Red Scorpions gang leader Jamie Bacon was jailed for 18 years for his part in the Surrey Six killings.

The cold-blooded murders were carried out as the notorious gang sought to mark their territory in horrifying, emphatic fashion after a non-member began selling drugs on their well-guarded turf.

A deplorable incident, it was a show of the mob's ruthlessness and proclivity for violence.

Members are often identifiable by their tattoos, which often include the RS initials on wrists and inkings of red scorpions, a particularly dangerous species whose venom can be deadly.

At Bacon's trial, which took place on his gang's turf in Vancouver, Canada, the world was given a rare glimpse into some of the mob's rules.

The Vancouver Sun reported that among regulations read at the trial were:

“You must come within one hour time period when called upon for RS reasons. “All members must work out and know how to fight.

“No talking in cars, houses or phones about money or anything remotely illegal without disciplinary action being taken on you.

“RS members come before family, money and all aspects of life. Little more than collateral damage, five other men were swiftly executed as they were potential witnesses.

Hitmen Matthew Johnston and Cody Haevischer were charged with six counts of first-degree murder in the case. They were sentenced to life in prison in 2014.

Head honcho Bacon was charged with one count of first-degree murder in the death of Corey Lal. Another man, Michael Le, faced the same charge.

During the trial, the court heard the six men were "forced to lay face down and shot in the head” at the Balmoral Tower.

But the six victims of the slaughter on October 19 were not the only ones related to the investigation to die prematurely. 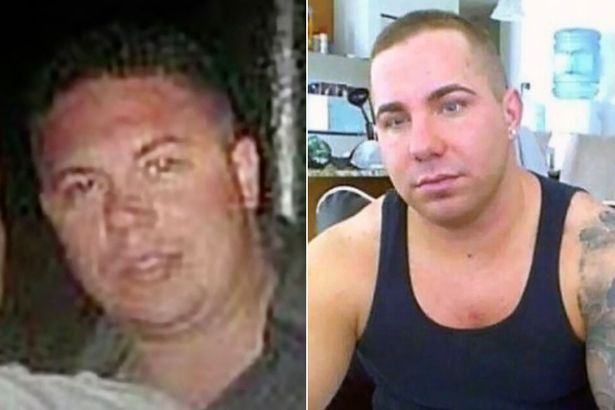 In a grisly case that kept investigators on their toes, at least seven others mentioned in evidence during the trial of accused killers Haevischer and Johnston died either violently or suspiciously.

Jonathan Bacon, the brother of Jamie, was murdered outside the Delta Grand Hotel in Kelowna, BC. Larry Amero, a full-patch member of the Hells Angels, was also critically injured in the attack. The Bacon brothers – Jamie, Jonathan and Jarrod – were notorious gangsters in Canada. They partnered with RS in 2006 to take on another mob, United Nations. It wasn't long before they took control.

Jarrod was recently released from prison after being found guilty of conspiracy to traffic cocaine in 2012.

He was sentenced to 18 years in prison but with time already served, he will spend five years and seven months behind bars.

In sentencing Bacon, Justice Kathleen Ker said: "These cases had their issues, their complications and their challenges.

"These offences cast a pall over our communities.

"They brought incomprehensible anguish and pain to the many lives that were touched by this terrible tragedy.

"It’s our hope that the resolution today will bring some small measure of certainty solace and finality to the families of the victims, and to the larger community.”

Haevischer and Johnston will have appeals of their convictions in the Surrey Six case heard on October 14.