Coined the reformist wunderkind, Emmanuel Macron swept into power in 2018, promising to restore France’s spending discipline and make Paris a strong partner for Berlin to manage Europe’s economic system. However, credibility appears to have diminished as, just two months after his reelection in April 2022, the French President lost the majority vote following a strong performance from a new left alliance and the far right.

Analysts have pinned this down to Mr Macron’s faltering focus on campaigning while dealing with the conflict in eastern Europe, as well as a high turnout of younger voters leaning more toward left-leaning Jean-Luc Melenchon.

Others convey the votes he did win were from those who wanted to keep the far-right’s Marine Le Pen and her Rassemblement National from attaining power.

Overall, it can’t be denied the French President has lost substantial support from the nation since ascending to power. However, he still remains one of the most popular politicians in the world – ranking 13th with 16 percent popularity in YouGov’s poll on popular foreign politicians.

But which politicians rank just before him? 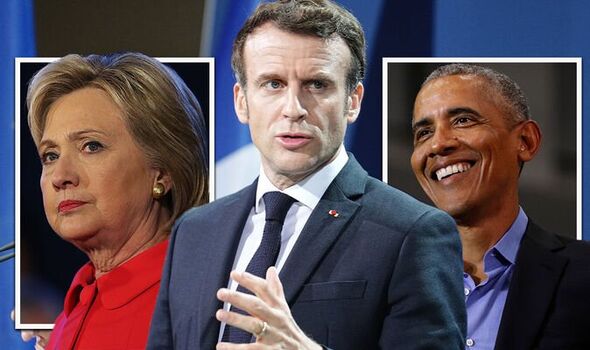 This led her to multiple convictions, spending a total of 15 years in prison from the years 1989 to 2010.

Aung San Suu Kyi was awarded the Nobel Peace Prize in 1991 while still under house arrest for bringing democracy to Myanmar, and was hailed as “an outstanding example of the power of the powerless”.

She served as State Counsellor of Myanmar (equivalent to a prime minister) and Minister of Foreign Affairs from 2016 to 2021 before being ousted by a military coup.

She remains in solitary confinement after being charged with at least 20 offences, including the illegal possession and import of walkie-talkies and breaking Covid rules, which could see her spend the remainder of her life behind bars.

Ranking just ahead of Aung San Suu Kyi is Imran Khan with a popularity rating also of 18 percent. 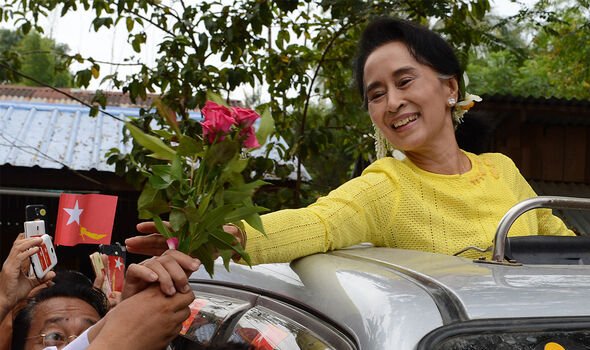 He is a Pakistani politician and former cricketer who served as the 22nd prime minister of Pakistan from August 2018 until April 2022, after being ousted through a no-confidence motion.

Mr Khan entered politics as a critic of government corruption in Pakistan. He founded his own political party, Pakistan Tehreek-e-Insaf, where he continued his criticism of corruption and economic inequality and gained increasing support from younger voters.

The fragile state of Pakistan’s economy played a major role in calls for a confidence vote in Mr Khan’s leadership, and he became the first prime minister of the country to be removed through this measure.

Ranking 10th is George W Bush with a popularity rating of 21 percent.

Mr Bush is an American politician who served as the 43rd president of the United States from 2001 to 2009. 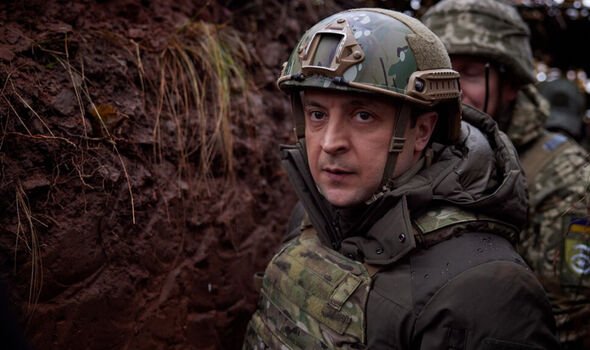 A member of the Republican Party and son of former president George H W Bush, he also previously served as the 46th governor of Texas from 1995 to 2000.

He was among the most popular and unpopular presidents in US history, having received the highest recorded approval ratings in the wake of the September 11 attacks, but one of the lowest ratings during the 2007–2008 financial crisis.

Bill Clinton rests just ahead of Mr Bush with a YouGov popularity rating of 24 percent.

Mr Clinton is an American politician who served as the 42nd president of the United States from 1993 to 2001.

He left office in 2001 with the joint-highest approval rating of any US president in the modern era, apace with Franklin D Roosevelt and Ronald Reagan.

Bernie Sanders ranks 8th with a popularity rating of 24 percent.

Mr Sanders is an American politician and activist who has served as the junior United States senator from Vermont since 2007 – and he is the longest-serving independent in US congressional history.

An advocate of social democratic and progressive policies, Mr Sanders is known for his opposition to economic inequality and neoliberalism.

Coming in 7th is Kamala Harris with a 25 percent popularity rating.

The American politician and attorney is the 49th and current vice president of the United States – and also the first female, African-Asian-American vice president in US history.

As a senator, she advocated for healthcare reform, federal de-scheduling of cannabis, a path to citizenship for undocumented immigrants, a ban on assault weapons, and progressive tax reform. 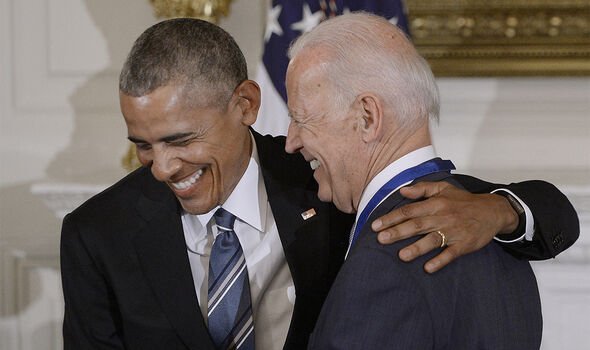 Mr Trudeau has served as the 23rd prime minister of Canada since 2015 and the leader of the Liberal Party since 2013.

Among a number of initiatives he’s undertaken, legalising recreational cannabis, establishing a federal carbon tax, signing a number of productive trade deals as well as the Paris Agreement on climate change, remain some of the most notable.

With a score of 30 percent, US politician Hillary Clinton ranks as the 5th most popular politician according to YouGov.

The diplomat and former lawyer served as the 67th United States secretary of state from 2009 to 2013.

A member of the Democratic Party, Ms Clinton became the first woman to win a presidential nomination by a major US political party, of which she threw her hat in the ring for presidency in 2016.

Ms Clinton won the popular vote, but lost the Electoral College vote, costing her to lose the election to Donald Trump.

Coming in as the 4th most popular politician is incumbent US president Joe Biden with a rating of 32 percent.

Known for his brother-like relationship with previous US president Barack Obama, is a member of the Democratic Party and serves as 46th president of the US.

Over the course of his run so far, he has proposed, lobbied and signed for a number of notable initiatives including the American Rescue Plan Act to see the country through the pandemic, the American Jobs Plan, as well as restoring the US to the Paris Agreement and completely withdrawing troops from Afghanistan.

Also a scientist, Ms Merkel served as the chancellor of Germany from 2005 to 2021.

During her tenure as Chancellor, Ms Merkel was often referred to as the de facto leader of the European Union (EU) and the most powerful woman in the world.

The incumbent president of Ukraine – and former comedic actor – Volodymyr Zelensky ranks second most popular with a score of 66 percent.

After having no previous political experience before coming to power in 2019, Mr Zelensky has since emerged as a wartime leader, winning global acclaim for his response to the ongoing Russia-Ukraine conflict.

Through impassioned speeches and a determination to remain in Kyiv and stand with the people despite Russian forces’ reported attempts on his life, Mr Zelensky has catapulted himself up the ranks of respect from not just the nation, but the rest of the world.

Coming in as the first most popular politician is the first African-American president of the US, Barack Obama, with a score of 68 percent.

Mr Obama signed a number of landmark bills during his time in presidency, such as Obamacare, and significantly improved the US’ reputation – as well as the American economy.