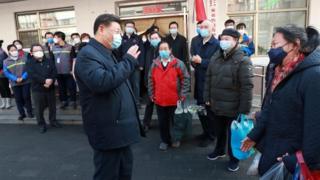 As China struggles to contain the spread of the epidemic, the immediate impact of the coronavirus crisis is already upon us.

Small numbers of foreign nationals are already ill. Governments whose citizens abroad have been unlucky to be caught up are weighing up the dilemmas of repatriation and isolating those who may be carriers of the virus once home.

Some countries have closed their borders to Chinese nationals altogether. And, in some quarters, there has – perhaps inevitably – been an unpleasant and quite unfair stigmatisation of China and the Chinese.

The immediate economic impact of the crisis is also apparent.

In the first place those industries that depend upon the movement of goods and people – tourism, airlines, the operators of cruise ships, and commercial shipping lines – are already suffering.

The crisis has thrown into stark relief the global supply chain behind many of the products we take for granted. The supply of mobile phones, microprocessors, spare parts for the motor industry may all be interrupted.

Even the service sector, for example foreign universities who have set up off-shoots in China, will find their income threatened.

How long this will all last is impossible to say. So too its ramifications for Beijing. It depends upon how the epidemic plays out.

As Bonnie Glaser, Director of the China Power Project at the Washington think-tank the Center for Strategic and International Studies, notes: “The impact on perception of Xi Jinping at home and abroad will depend on the duration of the virus and it’s impact on the Chinese economy.”

“If the Chinese Communist Party can control the spread of the epidemic and end the crisis,” she argues, “few people inside China will continue to criticise the party for its initial slow response and efforts to cover up the outbreak.” 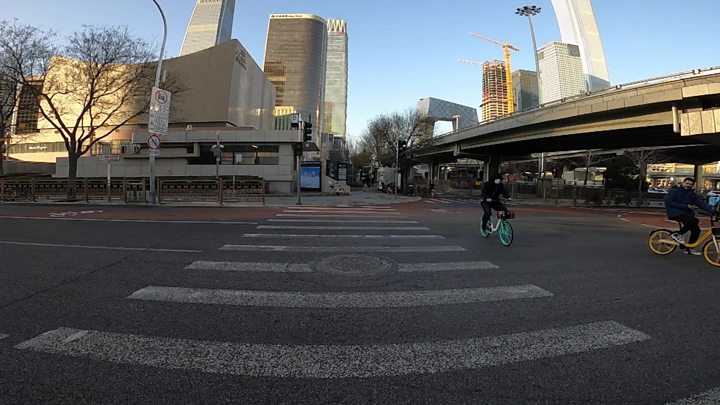 Many countries who have sought investment from China as part of its Belt and Road initiative will continue to do so, she told me: “They’ll continue to want Chinese loans for infrastructure projects since there aren’t other sources of financing.”

But what may be the lasting impact of the crisis? To what extent could it change perceptions of China and especially of President Xi Jinping himself and indeed the whole direction in which he is taking his country?

How could the fallout from the coronavirus impact the key relationship between Beijing and Washington? And with clear signs of a technological ‘cold war’ already developing between the US and China – the battle over 5G and artificial intelligence – could the tensions surrounding the virus outbreak make things worse?

So first of all what does the crisis tell us about China itself?

Elizabeth Economy, Director for Asia Studies at the Council on Foreign Relations, says that inside China there are essentially two distinct narratives.

“The first, which is already being advanced by China’s diplomatic corps, is that China has taken extraordinary measures to contain the virus – both for the sake of its own people and as a gift to the rest of the world,” she says.

These actions, they say, “are enabled by China’s particular top-down authoritarian model”.

But then there is a second narrative, Economy argues, that says, “China lost precious time in addressing the crisis because of its political system and its determination to silence independent voices”.

“Also under Xi Jinping, local officials have become more afraid to acknowledge that things are not going well. This too has hampered an effective response.”

As a long-time China-watcher, Elizabeth Economy told me that what she found especially concerning was “that even in the wake of Dr Li Wenliang’s death, the Communist Party continues to hunt down independent voices”.

Dr Li was seen by many in China as a whistleblower and hero; the man who first highlighted the threat posed by the Wuhan virus outbreak. He himself succumbed to the disease.

“One might have hoped,” says Economy, “that his death – and the popular response to it – would have signalled to the Chinese leadership the value of transparency and a more open civil society in mounting an effective response to a nationwide crisis.”

So much for perceptions inside China itself, but what about the rest of the world?

Elizabeth Economy says that she does not think that the coronavirus will change perceptions of the Chinese government, rather she argues, “it will simply feed into pre-existing beliefs. Supporters will stress the impressive mobilisation of resources, while detractors will focus on the lack of transparency and concern over the accuracy of Chinese information.”

On the economic front though it could be significant, even just by throwing into stark relief things that we already know.

The pandemic has underscored the significance of China to the global economy and the importance of diversified supply chains. And this, according to Elizabeth Economy, “will perhaps encourage more companies not to place too much of their manufacturing in China or rely too heavily on the Chinese consumer market.”

At the recent annual security conference that I attended in Munich, the shadow of the coronavirus and its likely impact upon the medium and long-term relationship between Washington and Beijing overshadowed much of the debate.

Ian Bremmer, founder and chief strategist of Eurasia Group, the leading political risk and consulting firm, told me that the crisis had the potential to significantly re-shape the US-China business relationship, though not exactly for the reasons that many people might think.

“US companies,” he told me, “have long been thinking about reducing supply chain exposure to China given increasing trade hostilities, in addition to a Chinese labour force that is increasingly expensive and inefficient.”

With coronavirus, he explains “US companies may now have the excuse they need to actually make that move. That’s obviously an extreme example, but it’s a very real prospect down the line, the longer coronavirus continues to cause mayhem.”

At the very least, he argues, “the coronavirus makes it highly unlikely that China will be able to fully implement the ‘Phase One’ trade deal it just signed with the US, further intensifying the trend of decoupling between the US and China.”

Bonnie Glaser agrees that China will have difficulty meeting the commitments it made in the ‘Phase One’ deal. But, she argues, “the US will likely cut Beijing some slack”.

“With his eye on re-election,” she notes, “President Trump will celebrate his achievement and seek to preserve good relations with Xi, while pledging to make more progress in ‘Phase Two’. 2020,” she says, “is going to be a year of treading water.”

Here we see the crucial inter-section of economics, diplomacy and domestic politics. Each has a part to play in the relationship between Washington and Beijing, but the salience or relative weight of each factor varies depending upon the circumstances.

As Ian Bremmer notes, “for the time being, Trump has been quite positive about President Xi’s handling of the situation”. But, he argues, “that’s largely been the result of Trump being relatively shielded from the fallout of the coronavirus crisis himself”.

All this could quite easily change Bremmer asserts.

“Should the coronavirus start having real economic impact in the US – and in an election year no less – we’re more likely to see President Trump go after Xi much more aggressively.

“And this won’t just be empty rhetoric. Given the bipartisan hawkishness on China that already exists more broadly in the US these days”, he concludes, “a Trump decision to turn on Xi would have real impact on the relationship between the world’s only two economic superpowers.”

This bipartisan hostility to China was clearly in evidence at the Munich conference.

The Speaker of the US House of Representatives, Nancy Pelosi, headed a large congressional delegation and she was outspoken against the Chinese, especially concerning technological rivalry. But to my ear this wasn’t just about business or technology. There was a clear ideological element to the debate.

Mark Esper, the US Defense Secretary, preferred to refer to the actions of the “Chinese Communist Party” rather than “China”.

Thus the coronavirus crisis has the potential to dramatically worsen the already deteriorating climate between Washington and Beijing. And this could have much broader consequences, not least for the Europeans (or indeed for Washington’s Asian allies), who will be caught in the middle.

I asked Ian Bremmer if what we saw in Munich – bullish interventions on China from Nancy Pelosi, Secretary of State Mike Pompeo, and Defence Secretary Esper – amounted to the declaration of a new global ‘high-technology cold war’ between the US and China. “Close to it,” was his answer.

But he stressed, that the Europeans have no interest in getting caught in the middle of this brewing high-tech cold war.

“Indeed,” he noted, “it’s the first time in the transatlantic relationship you’ve ever seen the Americans and the Europeans in such disagreement over what their respective top national security concerns should be.”

This in turn could have a profound impact on the already somewhat strained relationship between the US and some of its Nato partners.

“As much as the Americans may be gearing up for a ‘cold war’ vis-à-vis China on tech,” Bremmer told me, “at the moment it’s looking increasingly like a bilateral ‘cold war’ rather than a global one. And as the Americans begin to actually pivot to Asia on security matters and the Europeans don’t, it’s also looking likely that there are even rougher waters ahead for the transatlantic relationship.”