Thousands of British children skipped school to demand action on climate change, earning a mild rebuke from the prime minister’s office for disrupting classes, but praise from the energy minister and activists.

Youngsters marched on Parliament Square in the capital, London, on Friday and gathered in other cities carrying banners marked with “Climate change is worse than homework”, “Act now for our future” and other slogans.

The British protests were part of a global School Strike 4 Climate movement, which began in August 2018 when 16-year-old Swedish climate activist Greta Thunberg began protesting outside her parliament on school days.

She even took her protest to the World Economic Forum in Davos last month.

‘They are not doing enough’

In the past few months, tens of thousands of children in Belgium, Germany, Scandinavia and Australia have taken to the streets.

Students are asking governments to take urgent measures to address the crisis by bringing environmental reform, system change and declaring a climate emergency.

“We want those empowered to know they are not doing enough at the moment,” Anna Taylor, the protest organiser, told Al Jazeera.

“Young people feel betrayed,” she added. “We’re here because the burden has fallen on us to protect our future as they have failed us.”

A spokeswoman for British Prime Minister Theresa May said that while the government welcomed the students’ engagement, the disruption to schools and lessons would be difficult for teachers.

Her energy minister Claire Perry, however, said she was “incredibly proud” of the young people while opposition Labour leader Jeremy Corbyn expressed his support for the “school kids of today whose futures are most on the line”.

According to the UN’s Intergovernmental Panel on Climate Change, the world has 12 years left to bring global warming under control before the damage is irreversible.

A landmark agreement was reached in the French capital, Paris, in 2015, with 195 countries agreeing to limit global warming to less than 1.5 degrees Celcius above pre-industrial levels.

But a string of major climate reports have cast doubt over the entire process to avert runaway global warming, suggesting the Paris goals fall well short of what is needed.

Global temperatures are on course for a rise of 3C to 5C this century, far overshooting a global target of limiting the increase to 2C or less, the UN World Meteorological Organization says.

Al Jazeera’s Neave Barker, reporting from the demonstrations in London, said: “The perceived lack of action when it comes to governments dealing with climate change head-on has led to a growing youth movement that’s taking its future into its own hands.” 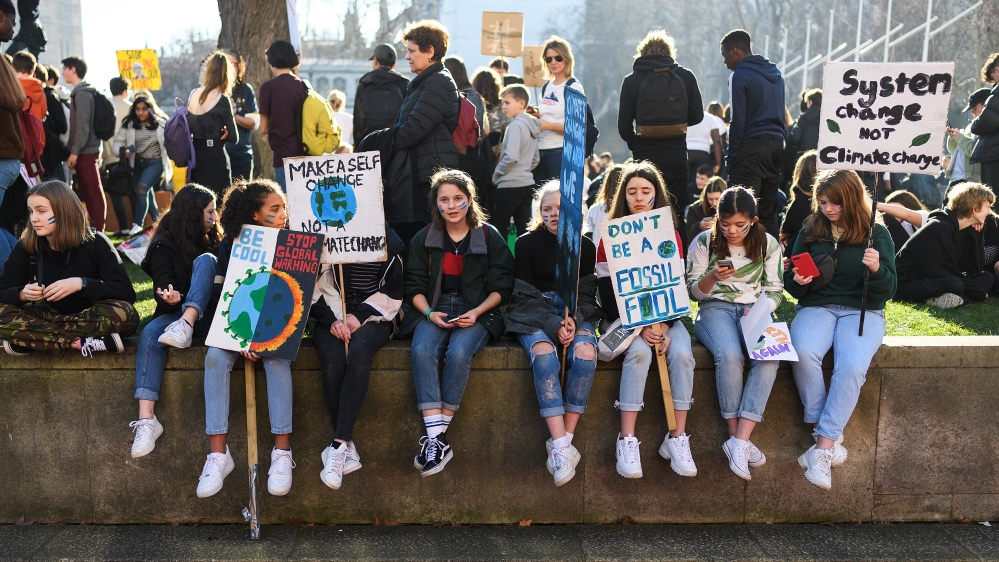 “I’m worried because if we keep on doing what we’re doing, we won’t have anywhere to go and we might run out of food and things we need,” an eight-year-old girl told Al Jazeera.

Earlier this week, 224 academics from Oxford, Cambridge and other universities declared their support for the students in an open letter published in The Guardian.

“(Those taking part in the strike) have every right to be angry about the future that we shall bequeath to them, if proportionate and urgent action is not taken,” they wrote.

Many of the students at the Parliament Square protests said they were taking action in their own lives to cut climate-changing emissions, from eating less meat to cutting out airline flights and walking or biking more.

“This is our lives, our future. If we want to live, we need to make changes now,” Zakiyya, 14, told Reuters news agency, carrying a sign pleading, “We are scared. Listen to us!”

A larger global mobilisation of children is planned for next month. 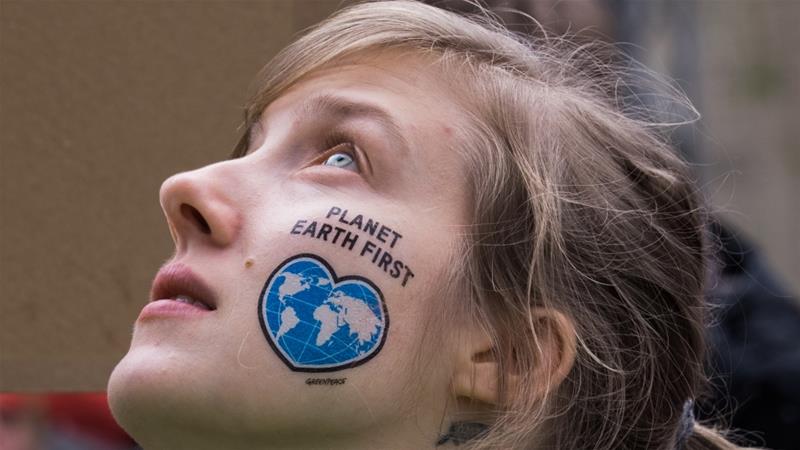 Climate change: Are we all doomed?