BRISTOL, England (Reuters) – A sculpture of a Black protester with her fist raised in the air has been erected in place of a 17th Century English slave trader whose statue was toppled by anti-racism demonstrators last month in Britain’s port city of Bristol. 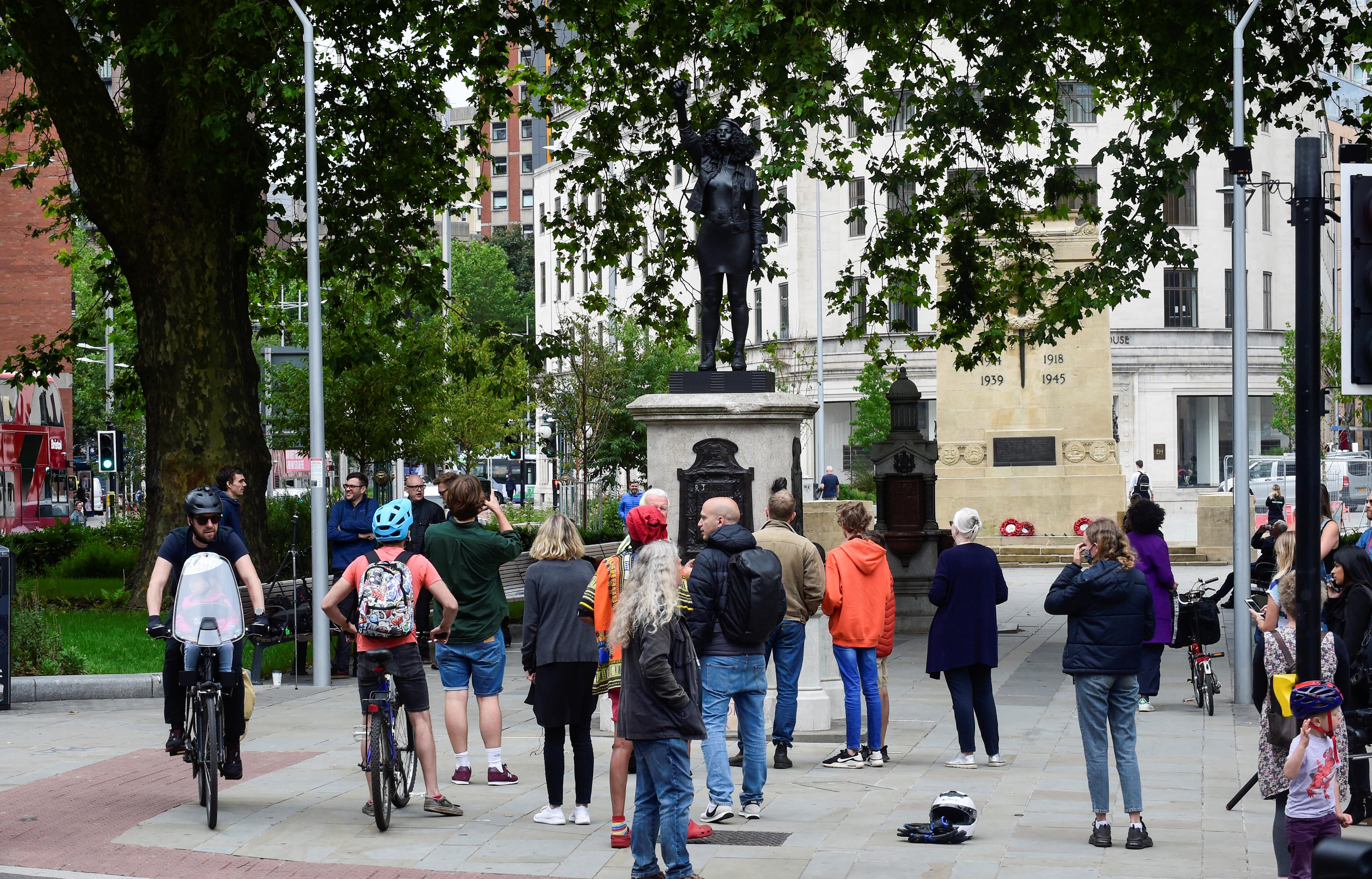 Edward Colston, who made a fortune from trading in West African slaves, was pulled down and thrown in the harbour last month by protesters demonstrating in the wake of the death of African-American George Floyd in police custody in Minneapolis on May 25.

The death of Floyd led to protests for racial equality and police reforms across the United States and around the world.

The sculpture of Jen Reid, who was photographed standing on the plinth of Colston’s statue just after it was pulled down, was put up in the early hours of Wednesday by a team directed by artist Marc Quinn, the Guardian newspaper reported.

“Resident Jen Reid and I have unveiled a new temporary, public installation, ‘A Surge of Power (Jen Reid) 2020’, on top of Edward Colston’s empty plinth in Bristol, England,” Quinn said on Instagram beside a photograph of the new work.

Quinn is best known for his statue of a pregnant disabled woman in London’s Trafalgar Square.

“I think it’s something the people of Bristol really appreciate seeing,” Reid told the BBC.

Bristol mayor said the future of what should replace Colston should be decided by the people of Bristol, though he said the sculpture of Reid was installed by a London-based artist and no permission was given for it.

“The sculpture that has been installed today was the work and decision of London based artist,” mayor Marvin Rees said. “It was not requested and permission was not given for it to be installed.”

Last month, Rees said Colston’s statue, now retrieved from the water, would be exhibited in a museum and displayed alongside Black Lives Matter placards from the recent protest so the 300-year story of slavery and the fight for racial equality could be better understood.